screw the economy, buy some art.

Want some original artwork? Want some reasonably priced original artwork? Let me help you with that.
I've spent the last few weeks working on a series of very small, very green drawings. I realize you can see that they are in fact.....green in color....but it is also important to point out that I've used green "reuse" materials here and saved this paper and wood from being discarded.
All drawings are ink on paper and all are in the 4 inch to 5 inch size range. Each one below is framed (no glass) and ready to hang. (the paper is mounted to a plywood backing)

Information is listed below each image and I'll be happy to answer any questions you may have...but really, this is pretty simple. If you want one, comment or email me at my website (dougmcabee.com) and I'll reserve it for you on a first come, first serve basis. Mail me a check and I'll mail you a drawing. The images here are not great quality but if you're interested I can email you a better photo. These are brand new and not available anywhere else.

Support the arts and tell your friends. 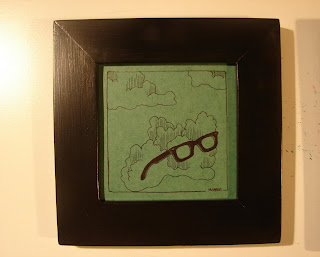 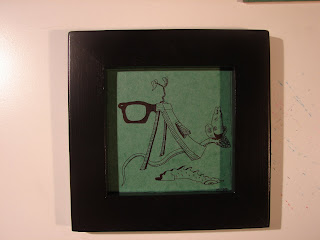 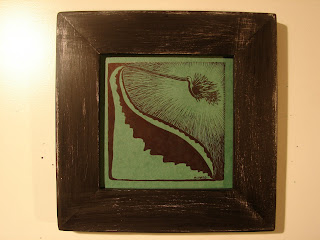 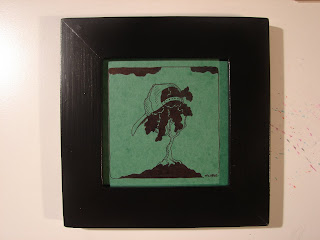 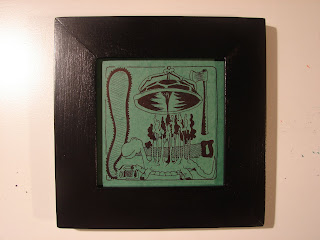 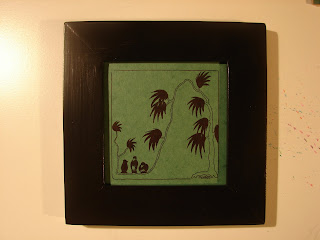 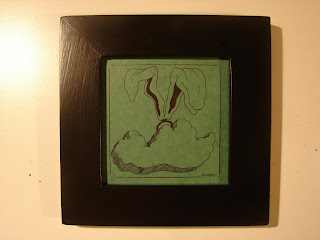 Last Saturday most of my day was consumed with moving and photographing the new sculpture. Because I lack any real superpowers, I enlisted the help of my wife Georgie and our 2 year old son Blue to move the 8 foot steel sculpture. Georgie is excellent help in transporting sculptures and, well, Blue was mostly there so we could make sure he wasn't throwing things at the television or chasing chihuahuas around with a hammer. But he did pay attention and he was able to repeatedly use a word he learned in the last few weeks....."scupp-shure".

I'll give you a second to sound it out.

The next day Blue busts out the crayons and positions his paper just so and informs me that he is going to "color" now. And he does. When he finishes he points to the paper and says, "Look, I draw daddy scupp-shure".

I'll give you a second to get over the sheer cuteness of that.

With that in mind check out the drawing he did of my sculpture: 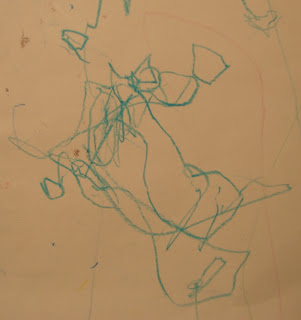 Just like you, I took a quick look and thought, "random scribbles". The brain files opened and caused me to remember the early stages of artistic development in children and how important these random scribbles are in teaching children that they can manipulate the materials and make marks on a page. I told him how good it was and moved on to making elephant sounds and telling him he didn't really need to eat more cake.

But then, like those of you who actually pay attention to detail, I started to notice the similarities the drawing shared with the sculpture. Seriously, look. All the important parts are represented. Not wanting to be one of "those" parents, I kept my mouth shut until Georgie walked in the room and noticed it too and then pointed out that he even chose the correct color.

I'm not saying he's a genius or a child prodigy. I am saying he knows his alphabet, he can count past ten, and he is cuter than most people born in the last twenty or so years.
Posted by e-sketchbook at 8:28 AM 1 comment:

I'm not sure why you come here, but you deserve something nice for reading my rambles and looking at my strange photos. So here's a little holiday reward for you. You get to see the new sculpture in all of it's glory before anyone else in the universe. Okay, my mom, dad, aunt, wife, and son saw it before you, but you are the first non-blood relative to see it. Meet "Miss Faith": 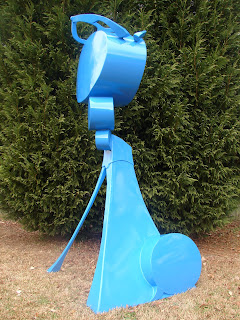 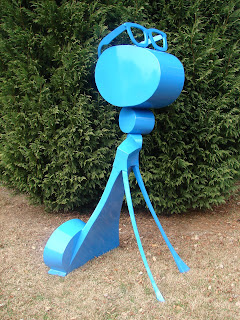 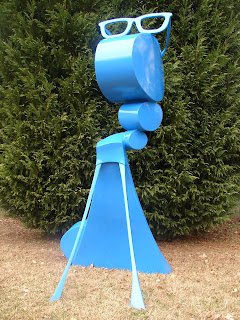 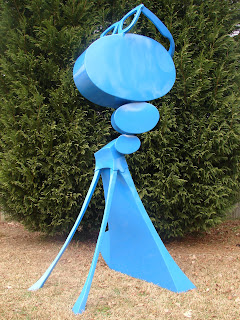 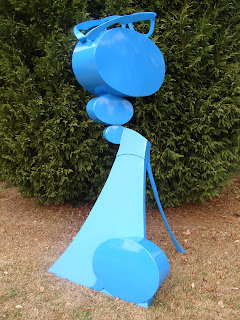 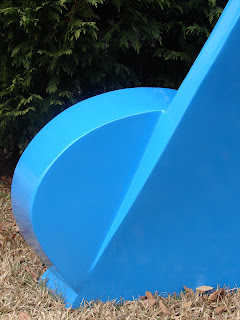 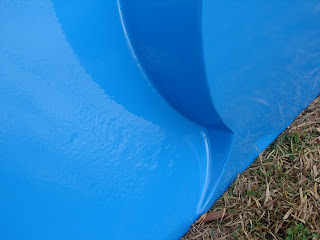 "Miss Faith" is painted steel and she stands eight feet tall. Of course each new sculpture becomes my favorite for a while, but I'm pretty sure this one is one of the strongest sculptures I've made in a while. Speak up if you have opinions...and stay tuned....in the next week or so I plan to stick some new drawings up here that you could purchase pretty cheap. 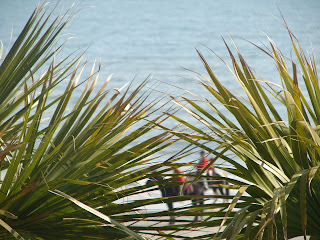 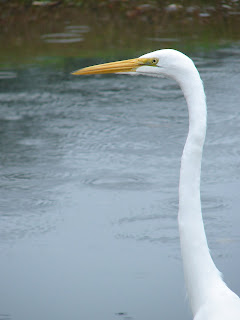 the same phrase repeated again and again. i get it. i'm slowing down.

Posted by e-sketchbook at 6:21 PM No comments: