It's been a warm winter so far.  After a really warm winter break, we finally had a little cold snap that lasted long enough for some weather to move in.  We live on what was the bottom edge of the wintry part of the storm so we didn't get a ton of snow.  Most of ours was sleet.  Blue and Violet go to school north of home and the schools freaked out early enough to cancel school. 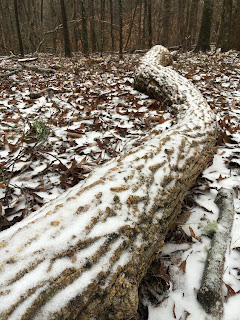 So after they rode with me to school and played video games for a couple of hours, we drove home just before the stuff moved in. 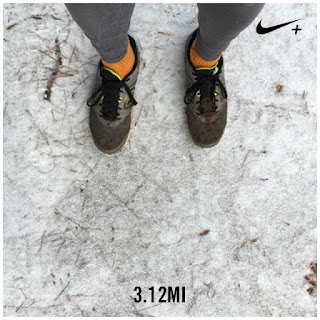 Overnight we got enough big flakes to cover the ground in time for my morning run. 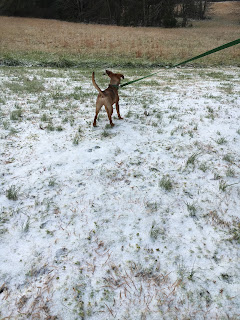 TImber got his first taste of snow.  He didn't appear to be a big fan. 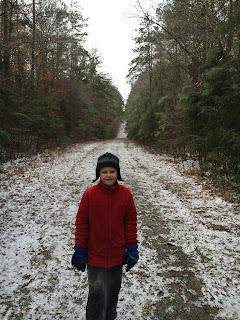 Blue, however, was a huge fan.  He and Violet were out sledding while I was running.  They both came in soaking wet, covered in mud and with giant smiles on their faces.  Blue and I did a little woods walking before he went in to thaw out. 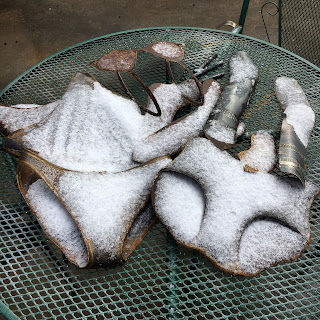 My steel underwear got a little frosty. 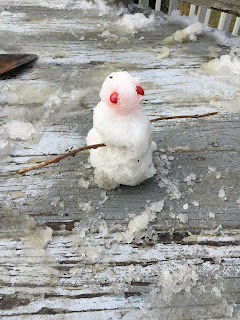 The kids made a tiny iceman before it all melted. 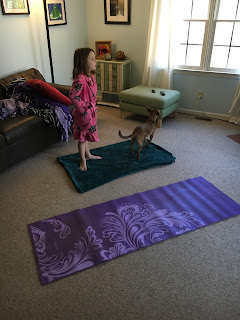 That afternoon Violet and Timber insisted on doing PiYo with me. 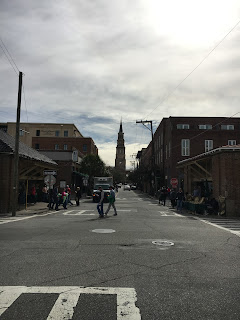 Seven days later, we were done with winter.  The temperatures rose into the 60s and we loaded the kids up for a day trip to Charleston. 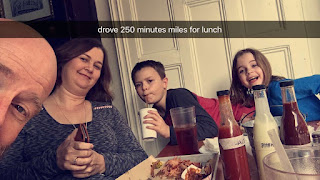 G and I had been craving Nick's BBQ so we drove 250 miles to eat lunch.  No one was unhappy about that. 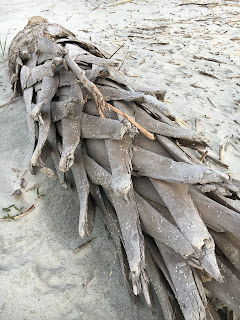 We were also craving some salty air to go with our BBQ.  After we ate and walked through the city market, we drove out to Sullivan's Island.  The kids jumped out of their shoes and got sand all over them.  Violet dipped her toes in the water. 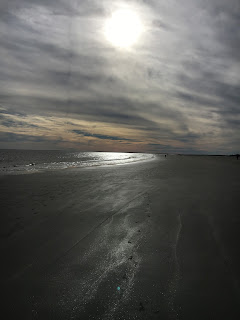 Meanwhile, the ocean, the sky and the shore just sat there being beautiful. 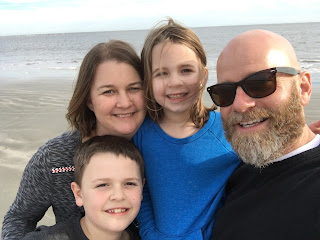 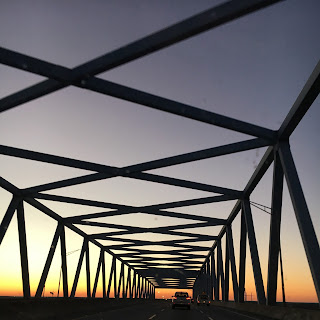 The sun was setting as we headed home and the light made everything look super cool. 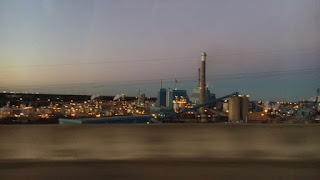 The kids barely stayed away for the promise of ice cream on the way home.  We were stuffed and tired when we rolled in the driveway, but we were all ready to do it again.

Posted by e-sketchbook at 6:35 PM No comments: