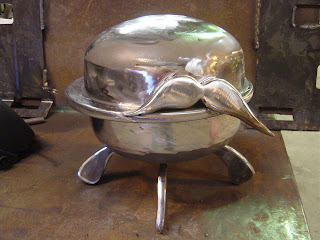 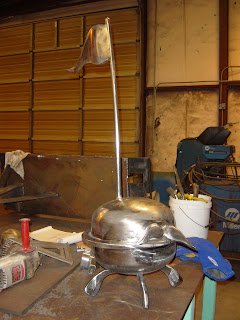 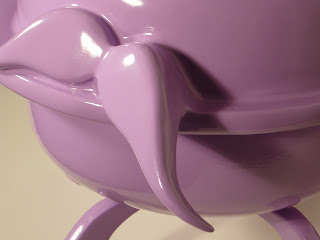 Posted by e-sketchbook at 7:25 PM No comments: 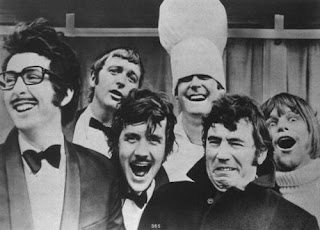 This is the part where I try to convince myself that my ideas about the spiritual side of my artwork are directly related my enjoyment of Monty Python and excellent cartoons.
No, seriously.
I've always loved the absurd humor of the Python bunch. Impossible situations, impossible characters, and impossible resolutions...and yet there's something familiar in each sketch, something about human nature that feels true. Maybe you've never known anyone to sell a dead parrott or return one, for that matter, but you have seen retailers package and price something just as useless. The Pythons take the idea that the human condition is absurd and push it to the edge of the logical universe. 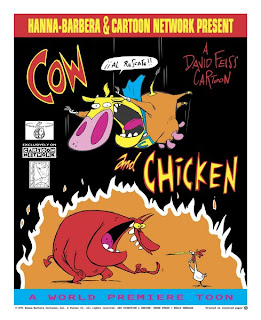 The cartoon show "Cow and Chicken" ran for a while on the Cartoon Network in the mid-late 1990's. If you ever run across an episode stop what you're doing and put down your drink unless you want it to be forced through your nasal passages during an unexpected fit of laughter. Cow is a little girl cow and Chicken is her older brother. Mom & Dad appear to be human, but only actually exist from the waist down. Yes, that means no torsos, arms, or heads. The impossibility of this domestic situation pokes fun of all the other impossible domestic situations that we've believed on TV since childhood. Oh, and Cow often turns into "SuperCow" with the super abilities of flying and inexplicably speaking Spanish. Come on, that should have at least made you smile.
I enjoy these goofy ideas, at least in one way, because there are so many areas of my life that do not appear to be possible or rational or logical....and yet, they just are. There are things I believe that are not based on historical documents or scientific theories. These things can not logically be argued. They belong in the realm of faith. And faith exists in the realm of the absurd.
"What is the Absurd? It is, as may quite easily be seen, that I, a rational being, must act in a case where my reason, my powers of reflection, tell me: you can just as well do the one thing as the other, that is to say where my reason and reflection say: you cannot act and yet here is where I have to act... The Absurd, or to act by virtue of the absurd, is to act upon faith ... I must act, but reflection has closed the road so I take one of the possibilities and say: This is what I do, I cannot do otherwise because I am brought to a standstill by my powers of reflection."
– Kierkegaard, Søren, Journals 4, 1849

Told you so.
Posted by e-sketchbook at 5:45 AM No comments:

Contemporary artists often look at the world from slanted perspectives in order either to highlight or counteract the conservatism of social norms, systems and thought. In doing this they imply alternative systems and approaches. A similar role can be attributed to humor, the source of laughter, which may include jokes, parody, comedy, irony, satire and nonsense. The creation of a perspective that distorts "normal" views of the world may have the effect of exposing people's real intentions, or it may enable an issue or situation to be viewed from multiple angles. Under certain circumstances it can also serve to illuminate nearly forgotten sources of pain, still evident in the dark corners of society. The laughter that results from such distortions, or shifts in perspective, acts like an opaque filter, softening the glare of a direct confrontation with something that might otherwise be unpleasant. The very act of laughing relieves stress, tension, and even fear. Today's world is full of tensions and anxieties, both visible and invisible, but laughter has the power, momentarily, to release us from ingrained realities. It is like a distant star that brings a glimmer of hope for the future when the way ahead is still in darkness.
(link to complete article: Design News - All About Laughter: Humor in Contemporary Art - TAXI Design Network )
Posted by e-sketchbook at 8:01 AM No comments: