Another semester of Advanced Sculpture has ended and I have a new crop of sculptures/sculptors to brag about.

This year the administration approved 10 sites on campus, some in very prominent locations, for long term temporary sculpture exhibits.  This is a big deal.  Huge.  How big?  Well, it's the first time anything like this has happened at Lander since about 1872.  Since 1972 would be impressive but go back and read it again - that's an 8.  1872.  Which means this is the first time ever that Lander has had outdoor exhibits like this.

As soon as I got the approval, I shared the news with my ART 402 class and assigned them the task of creating the first round of sculpture installations.  Since we needed to make sure this was done well, the pressure was on.  Lucky for me, they rose to the task. 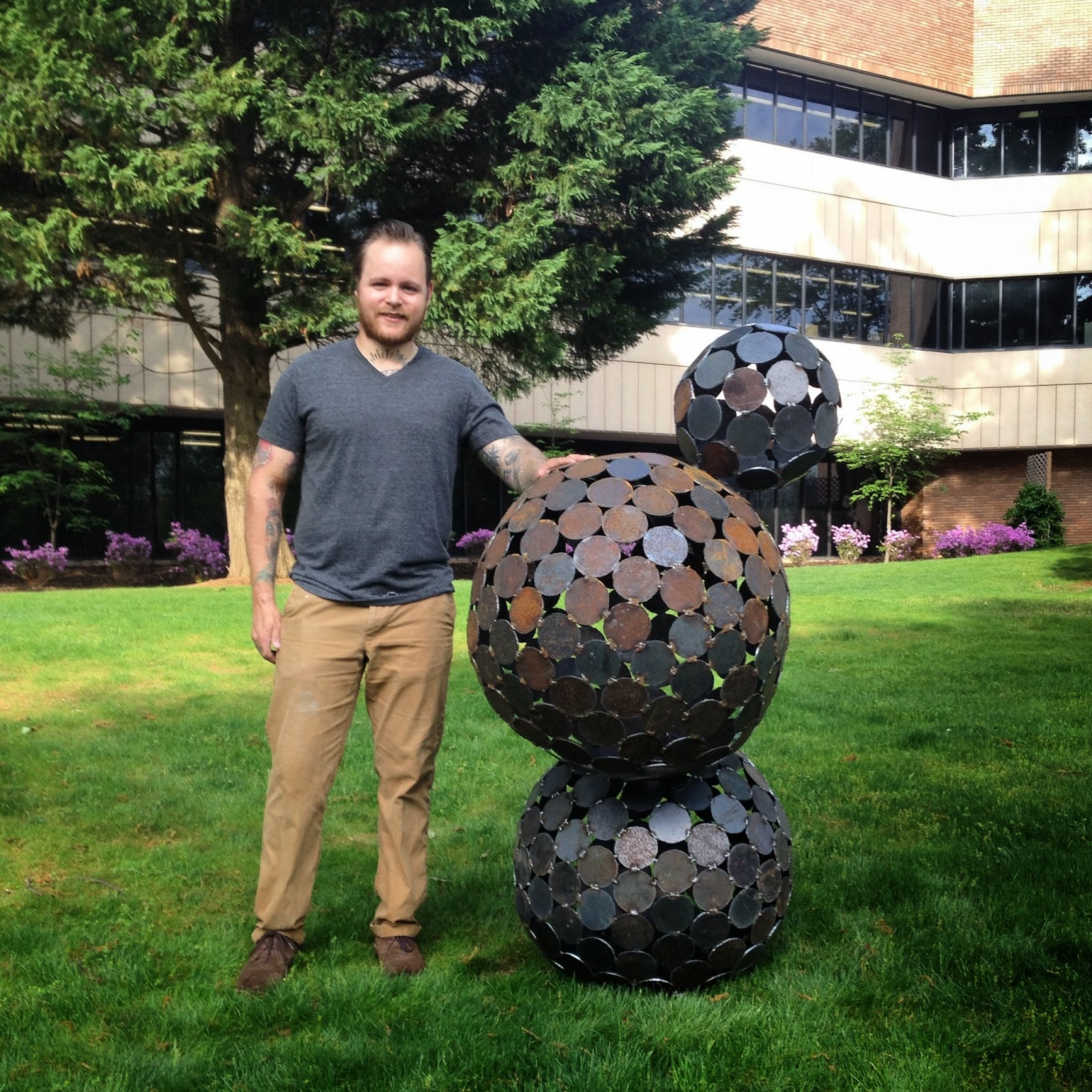 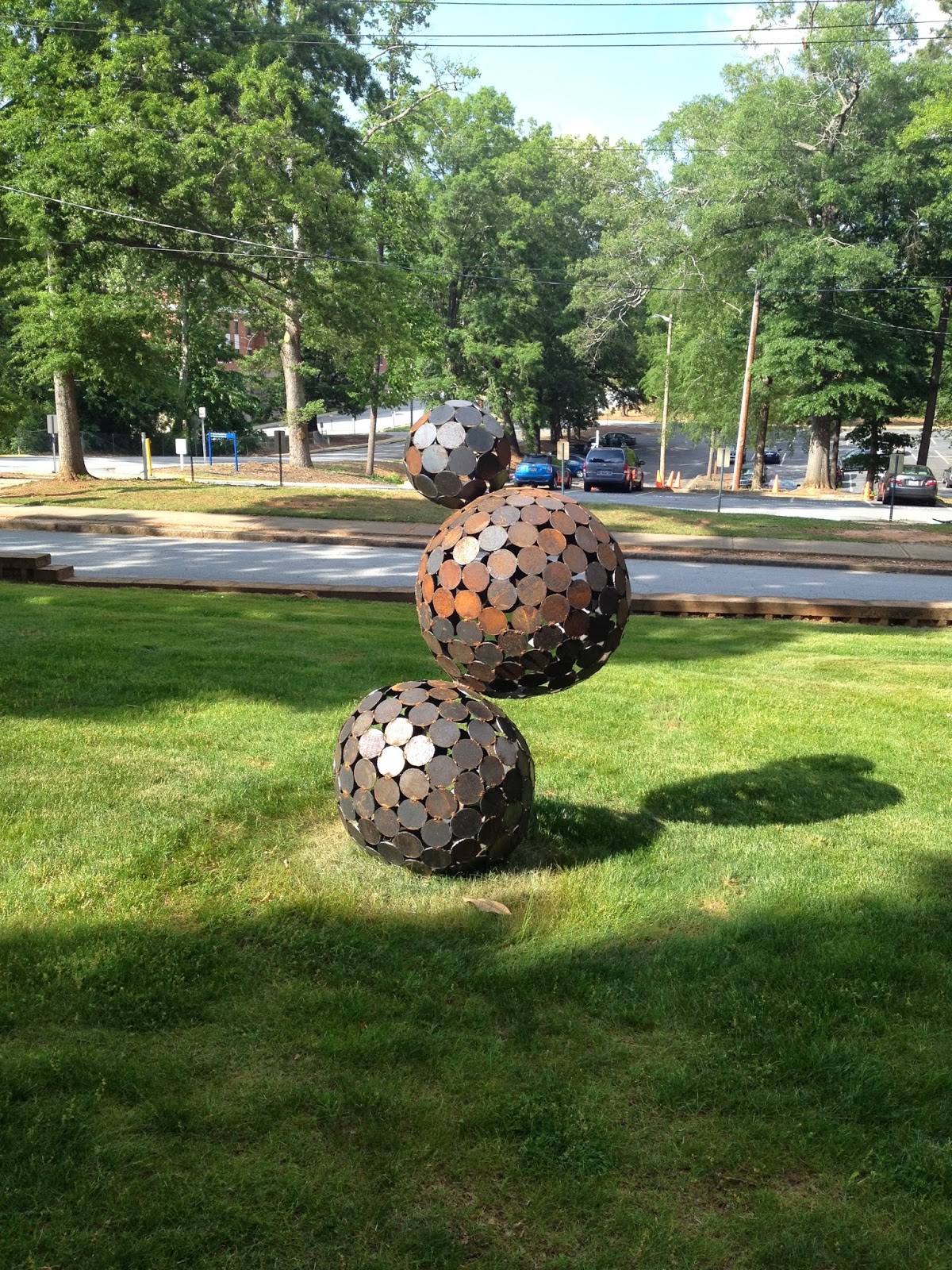 "Accumulation" is located on the lawn beside Jackson Library 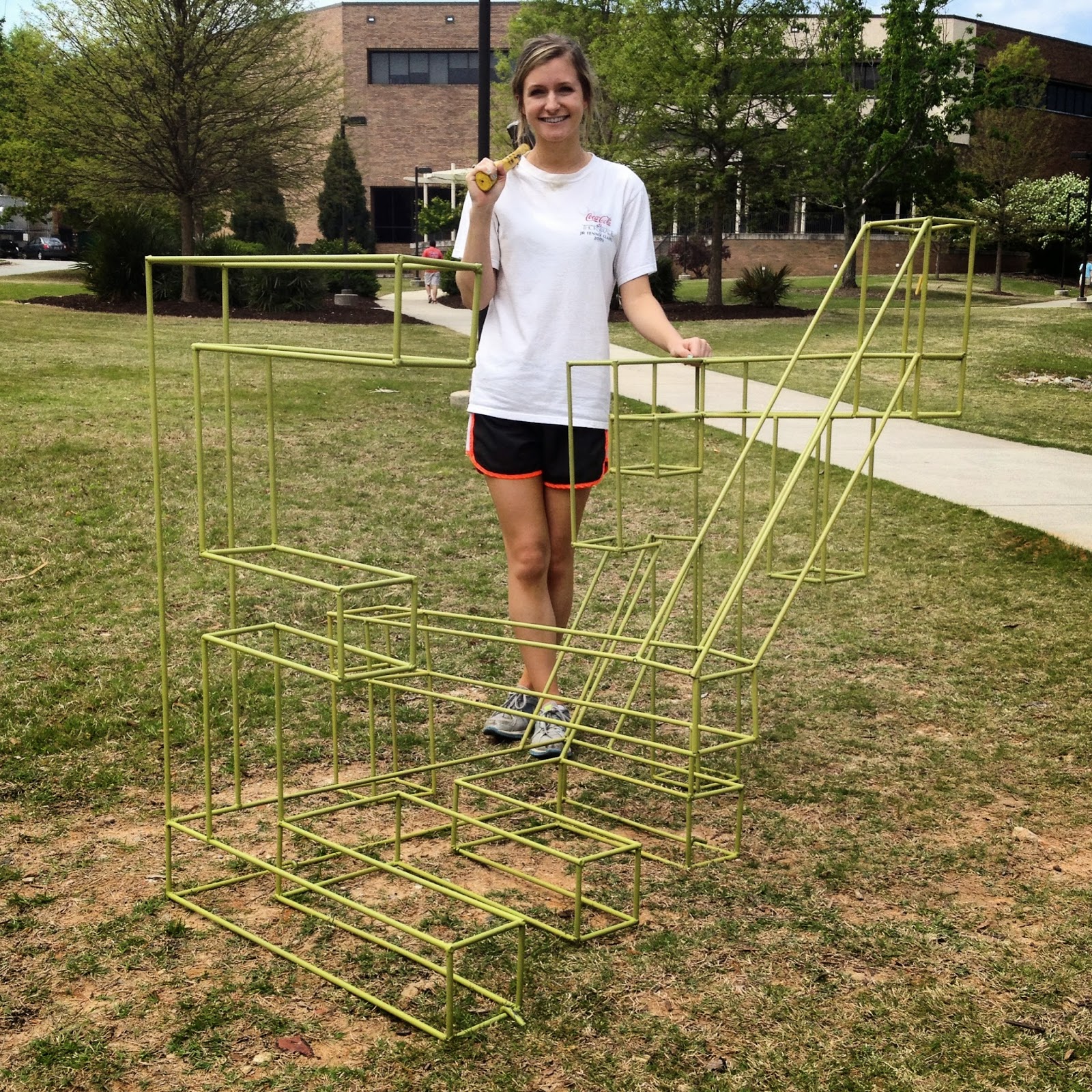 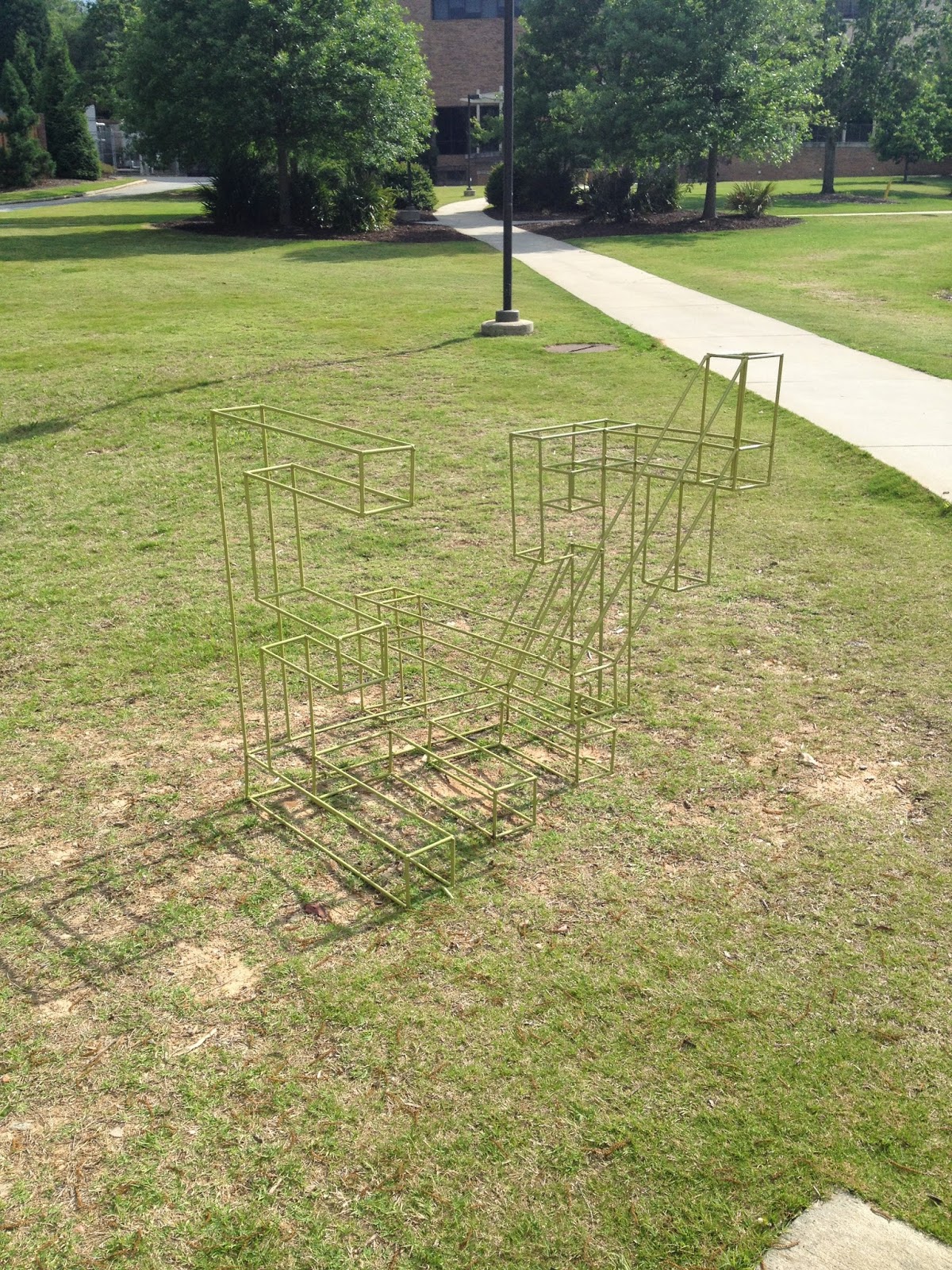 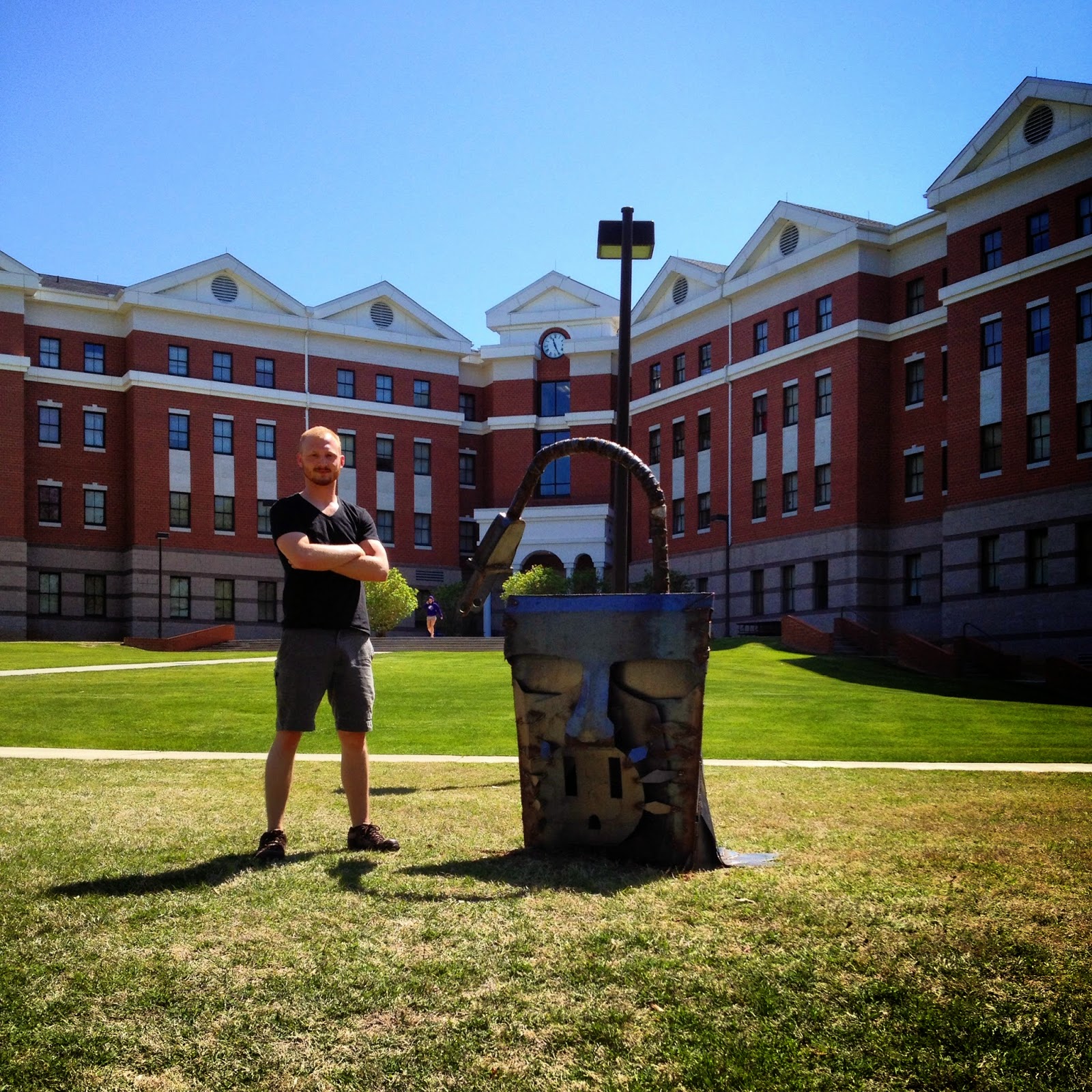 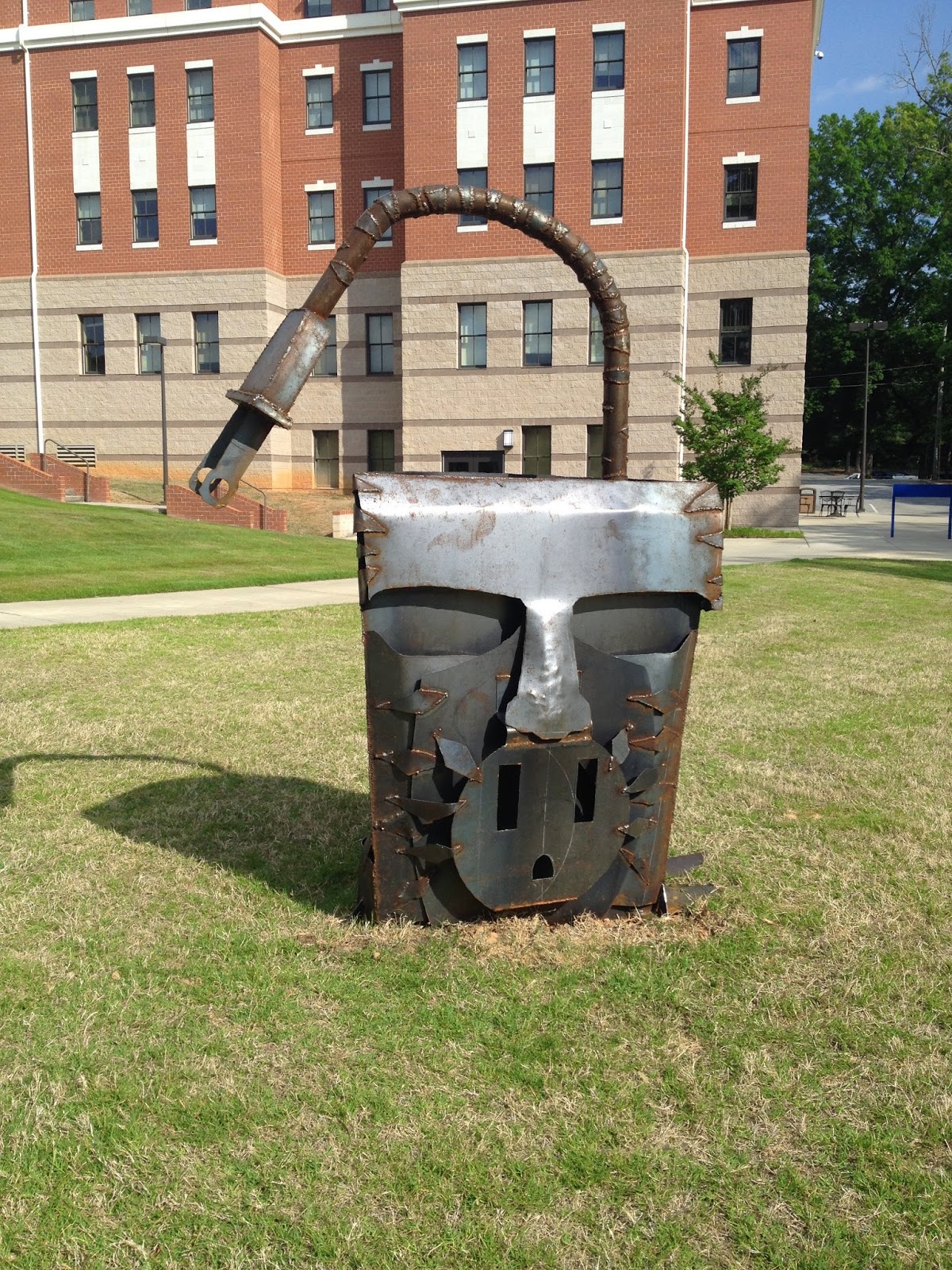 Funny story about Tyler:  He was the first one finished with his sculpture, which means the first one to install his sculpture in this first ever type of exhibit.  This means I sent him out to his location with a wheel barrow, post hole diggers and a shovel to dig the hole for his anchor.  He started digging in the middle of a very beautiful grassy area and was immediately accosted by a campus official who could not understand why any student would just start digging a hole in the middle of campus.  Of course I had already attained proper approval of the site and had been approved to dig in the area, so it was fine, but Tyler didn't know this and he was pretty shaken up by the ordeal.  "Meristem" is located on the lawn outside Centennial residence hall. 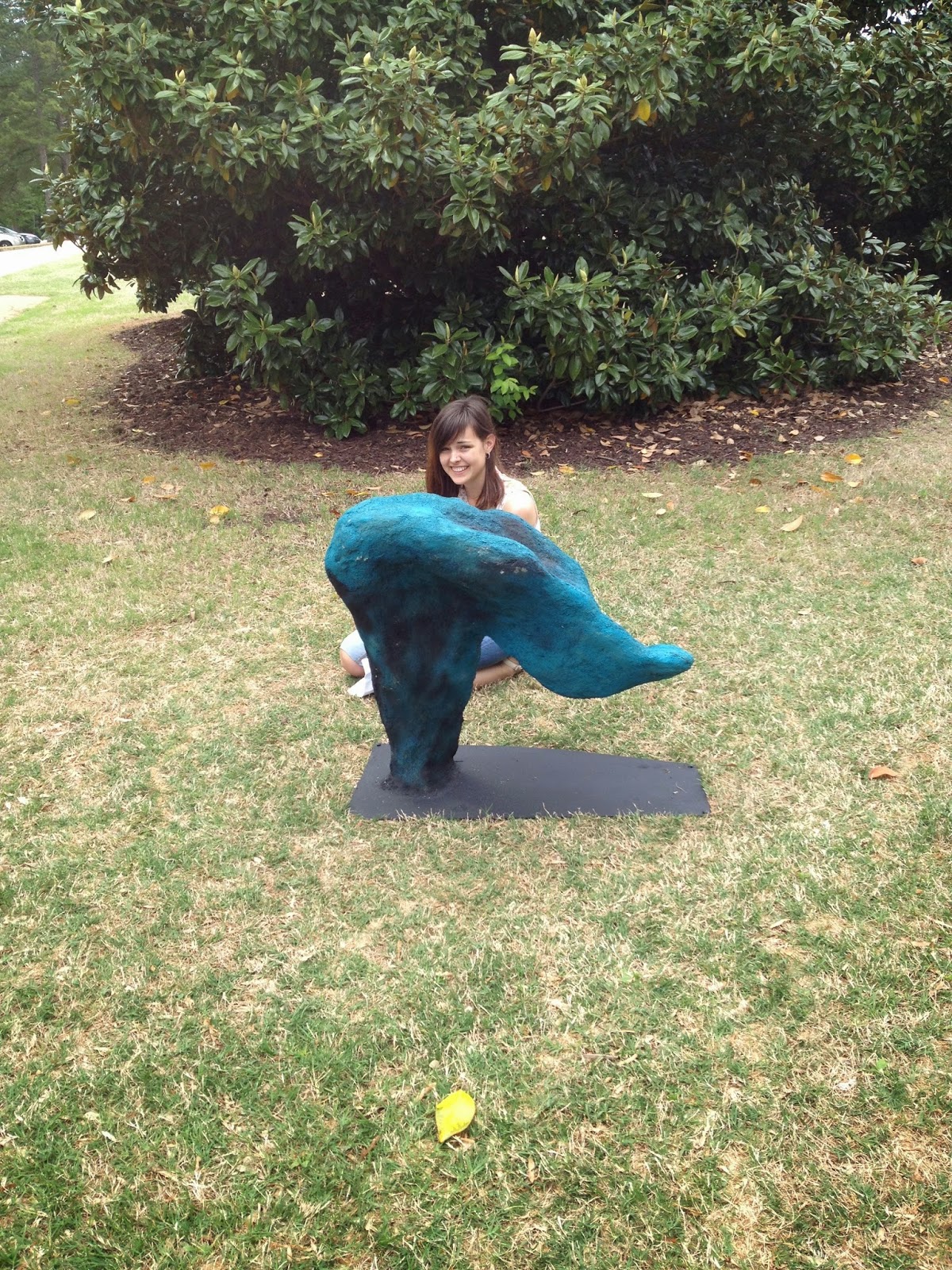 That's Abby Jordan with her concrete sculpture "The Struggle Is Real" 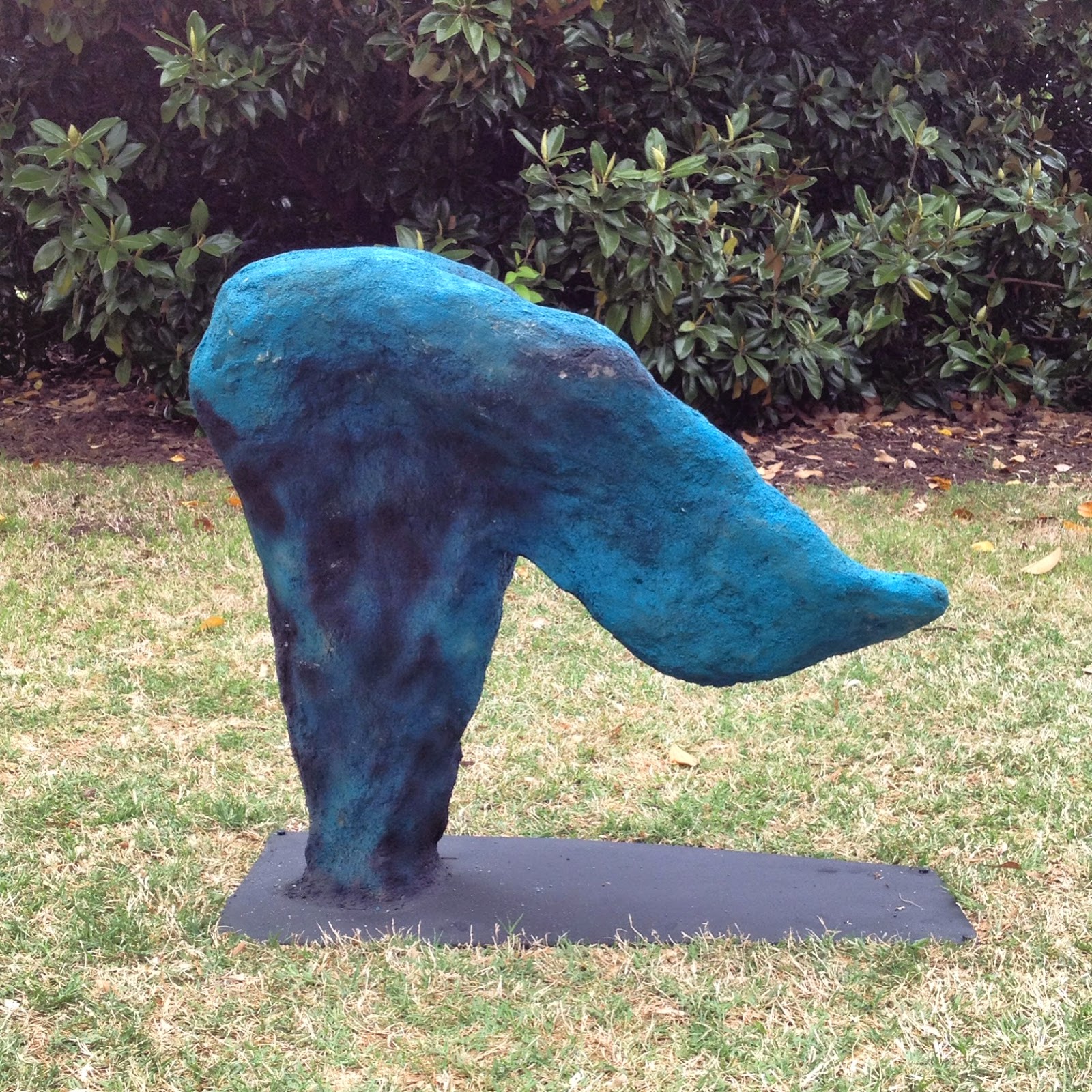 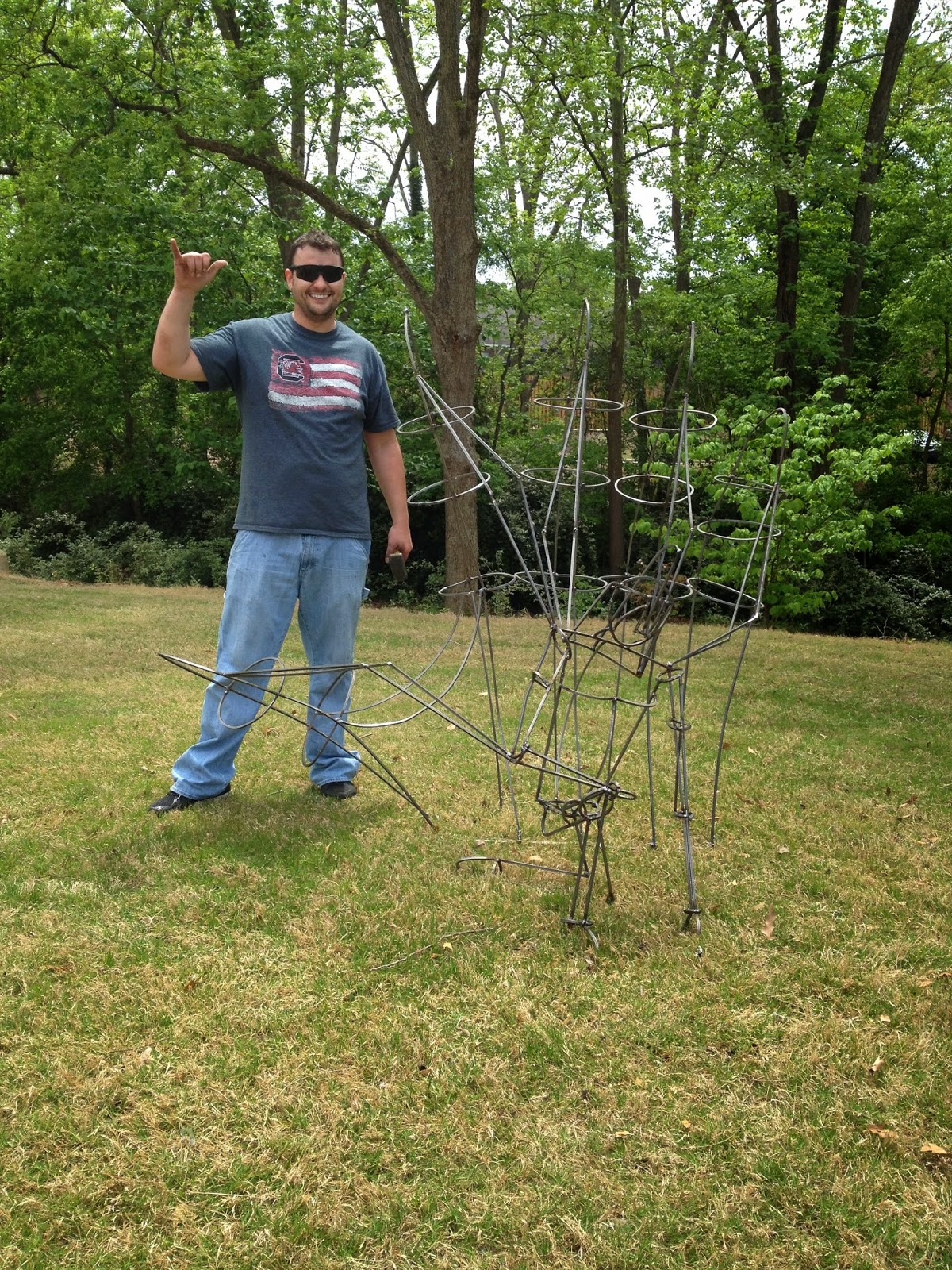 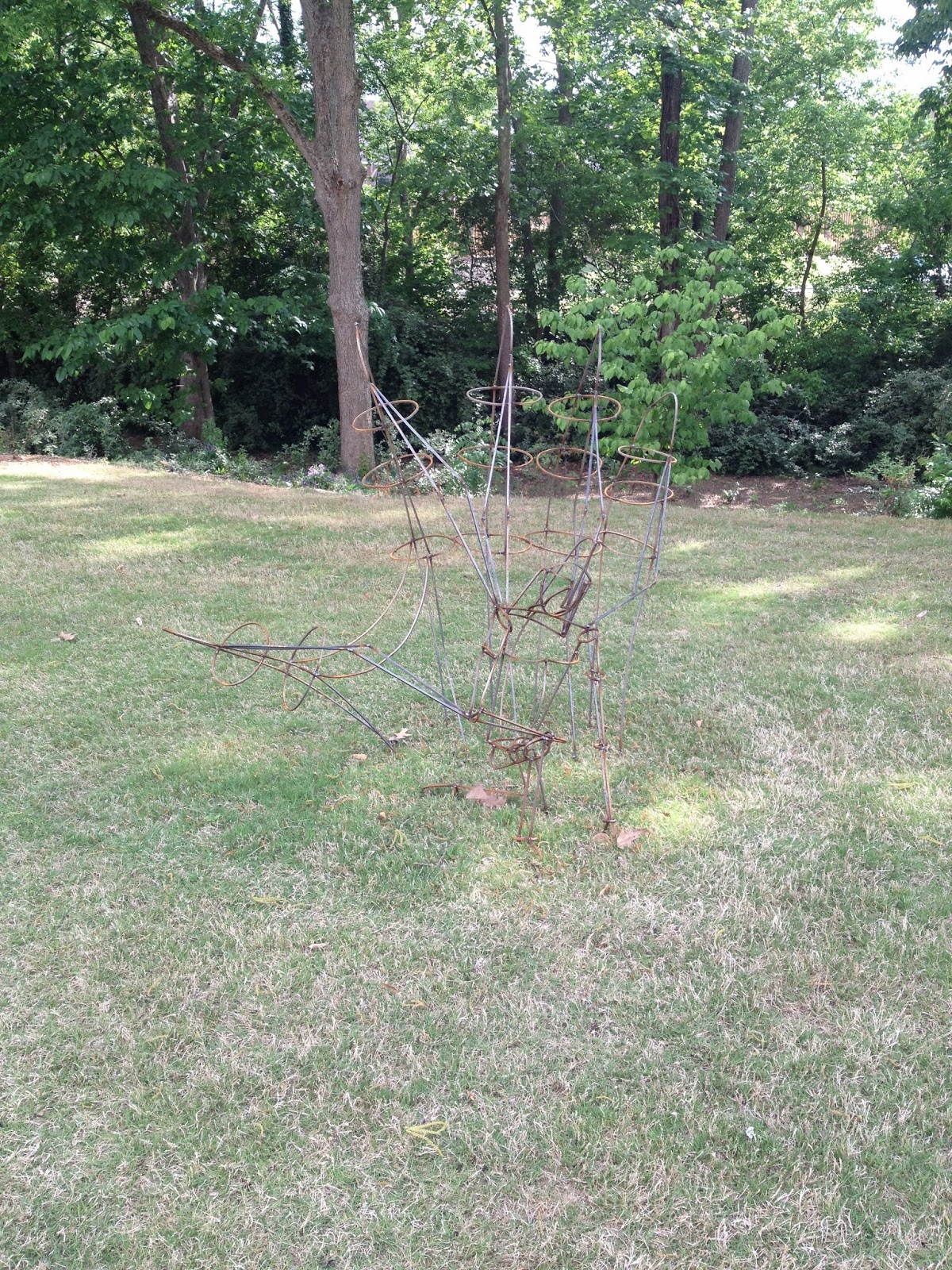 "Spark Of Interest" is located on the lawn beside Centennial residence hall.

It's been very interesting to observe as students, faculty and campus visitors have reacted to the sculptures.  The response has been overwhelmingly positive and people have been pleasantly surprised by having public art on campus.  Tyler had a couple of young ladies compliment his odd sculpture on the day of his installation.  This helped him recover from the trauma of being accosted.  Even the grounds crew who are forced to cut grass and landscape around these new obstacles have been very excited about the sculptures.  Having interesting exhibits rotate in and out during the academic year helps to make that routine walk (or run) to class a little less ordinary.  I've had a few people find out about the exhibit and take a walking tour of the campus in order to see it.

In addition to the on campus sculptures, I had three students who chose to create sculptures for off campus sites. 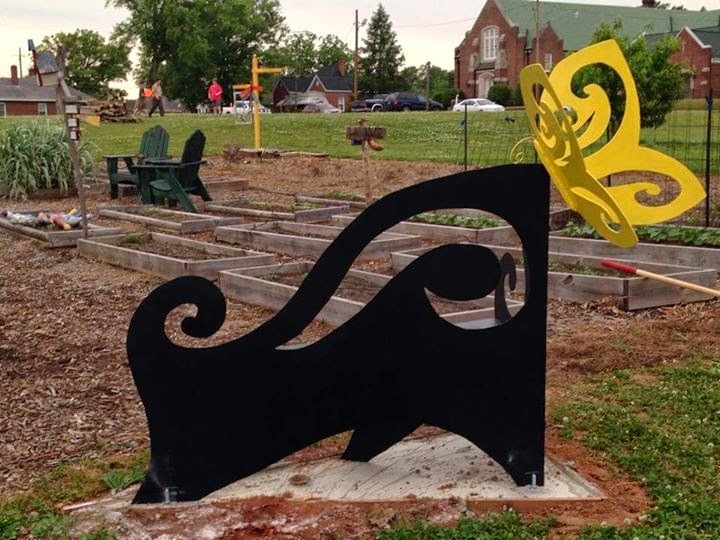 This is "Butterfly Bench" by Caitlin Madden.  Caitlin worked with her hometown of Ninety Six, SC to obtain permission to permanently install her bench in a public garden. 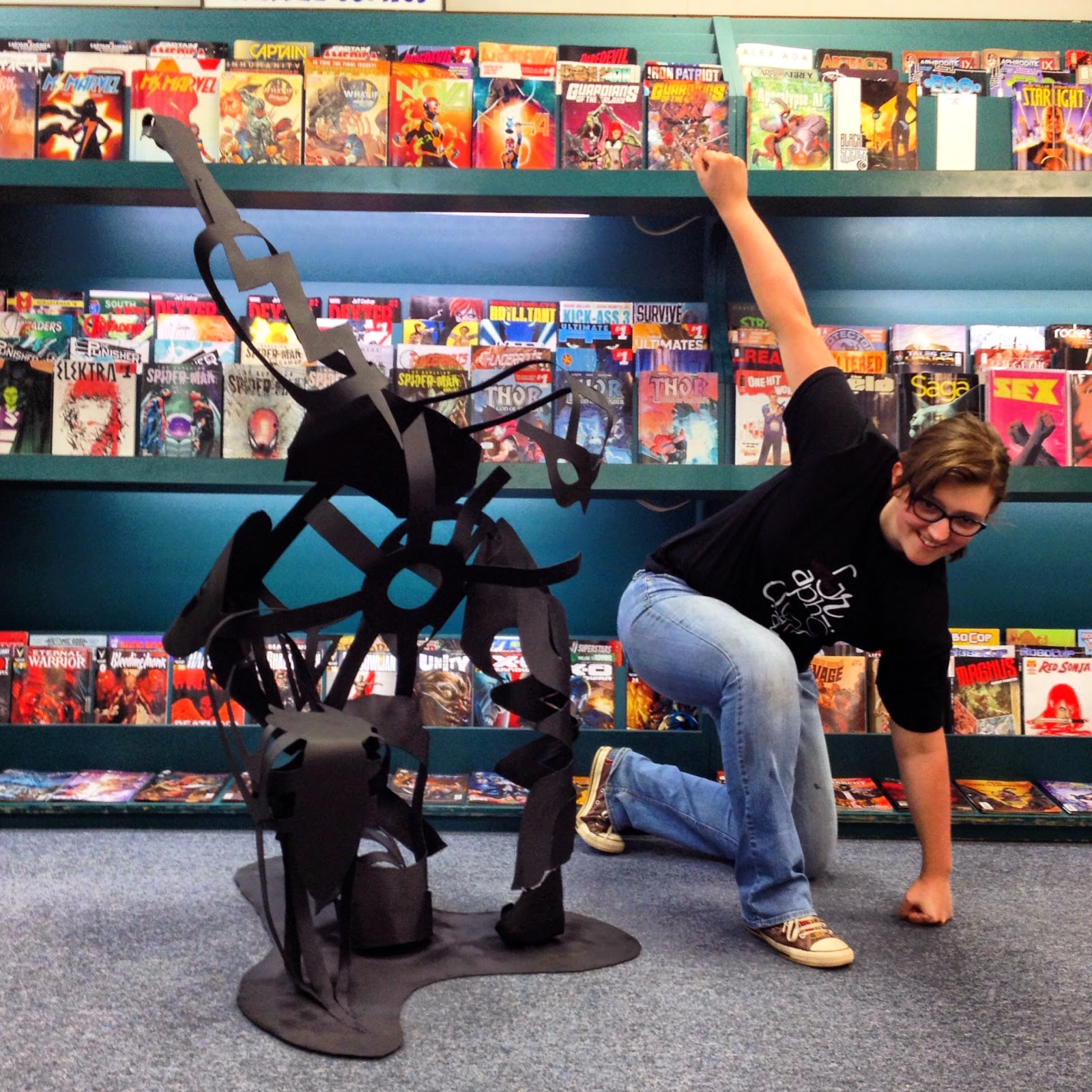 This is Katie "Katertot" Carver posing with her "Hero Of Heroes" steel sculpture. 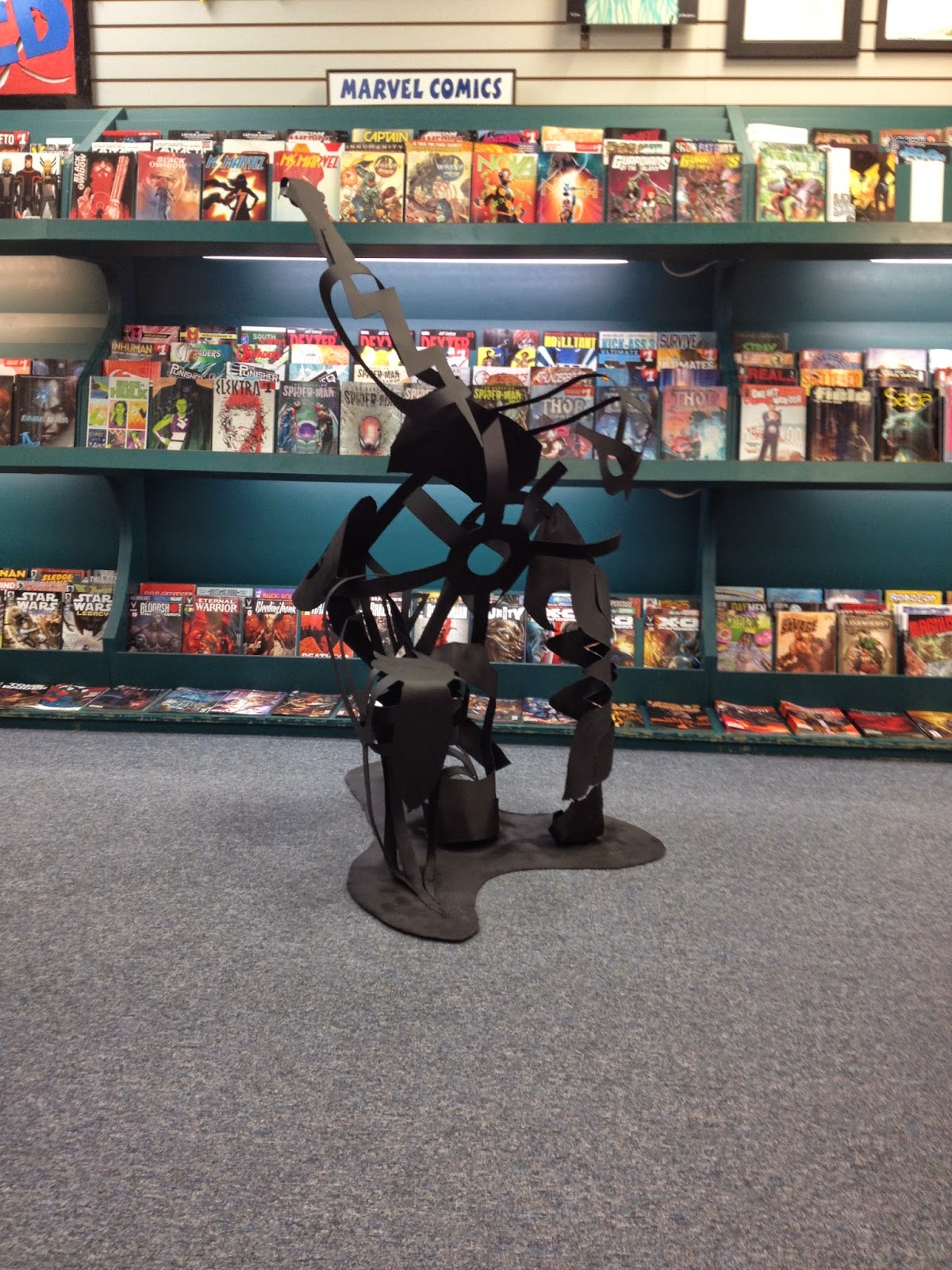 "Hero Of Heroes" is a superhero figure made out of superhero logos.  It is currently on display at Tangled Web Comics in Spartanburg. 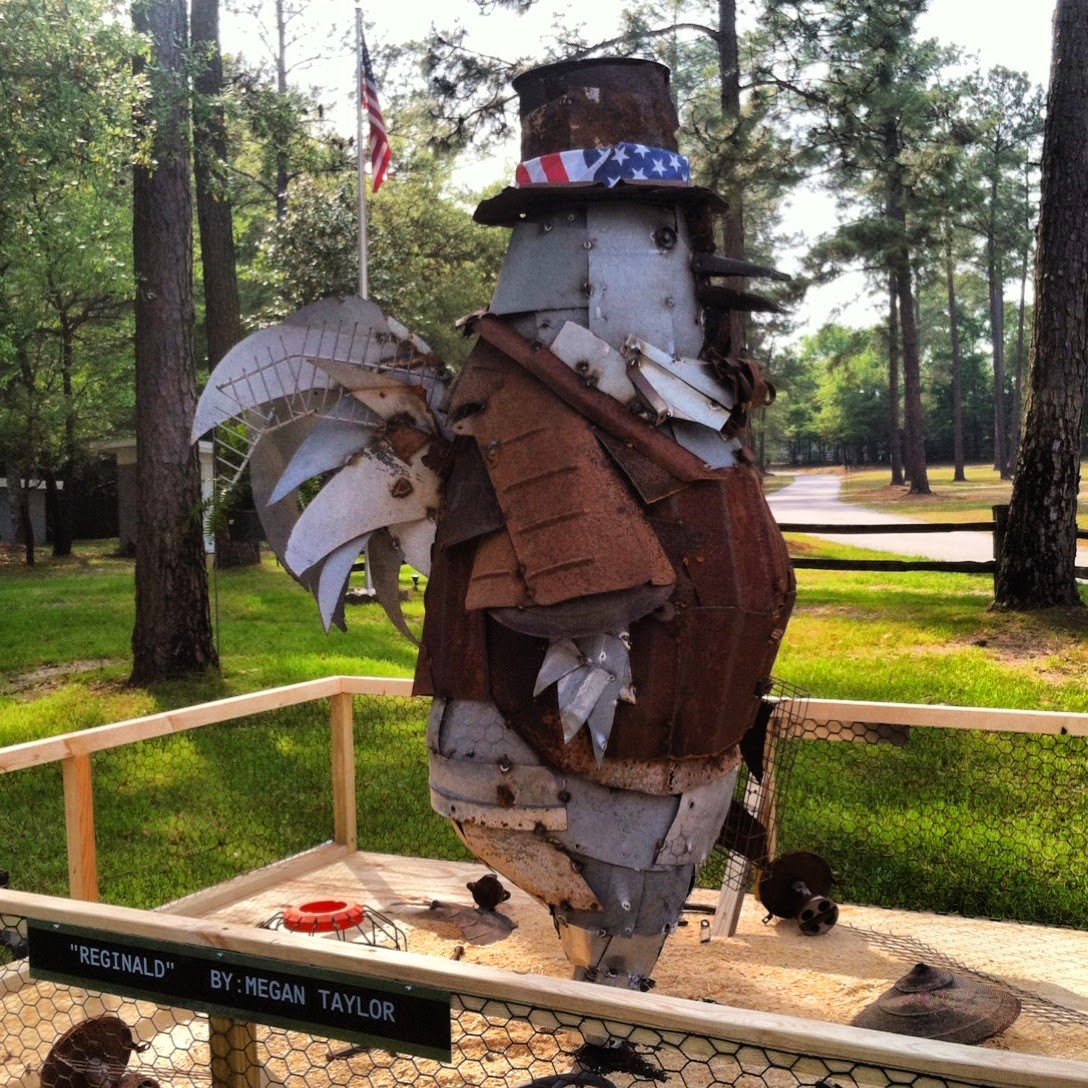 And this is "Reginald" the rooster created by "Mean" Megan Taylor.  "Reginald" is made out of recycled chicken farming parts and is made in the likeness of the mascot for the SC Poultry Festival.  He will be installed near his coop on the festival grounds.

It was an excellent year in sculpture at Lander.  I'm so proud of these students and their hard work.
Posted by e-sketchbook at 6:03 PM No comments:

Four years ago I started teaching at Lander and we welcomed a huge group of freshmen.  These new recruits were the first bunch to get a taste of the new Lander Visual Art department faculty.

The program was tougher and more rigorous and those foundations classes were especially rough.  And the projects...the projects were out there.  When they checked in to their freshman dorms they had no idea they'd soon be wallowing in plaster, welding, making public sculptures, getting permanent sculpture commissions, winning awards, getting news stories written about them, getting on the tv news, Skyping with famous designers, getting to know a darling of QVC, changing the campus with their artwork and playing racquetball with their professors.

It was such a great group of students and over the years very few faded away.  Those same faces I saw in that first 3D Design class mostly stuck it out for the entire four years.  Some of those students enrolled in three, four or five of my courses during that time.  Some would come visit from time to time when they didn't have my classes and some would even visit regularly.

There are a number of things that make Lander's Art Department great but one of the more important ones has to be the students. 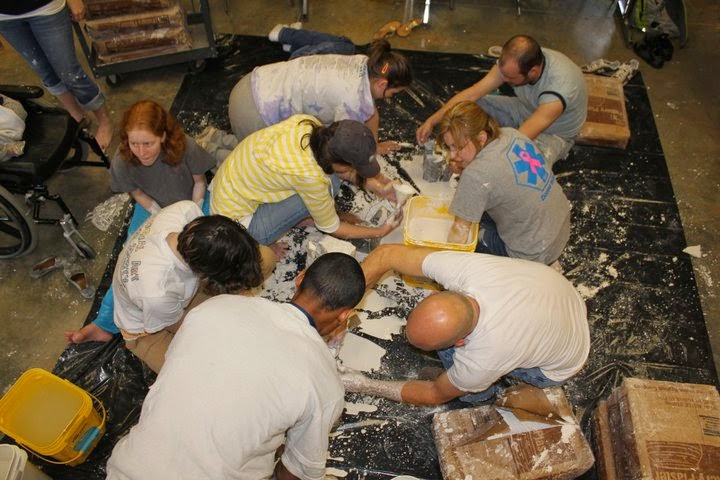 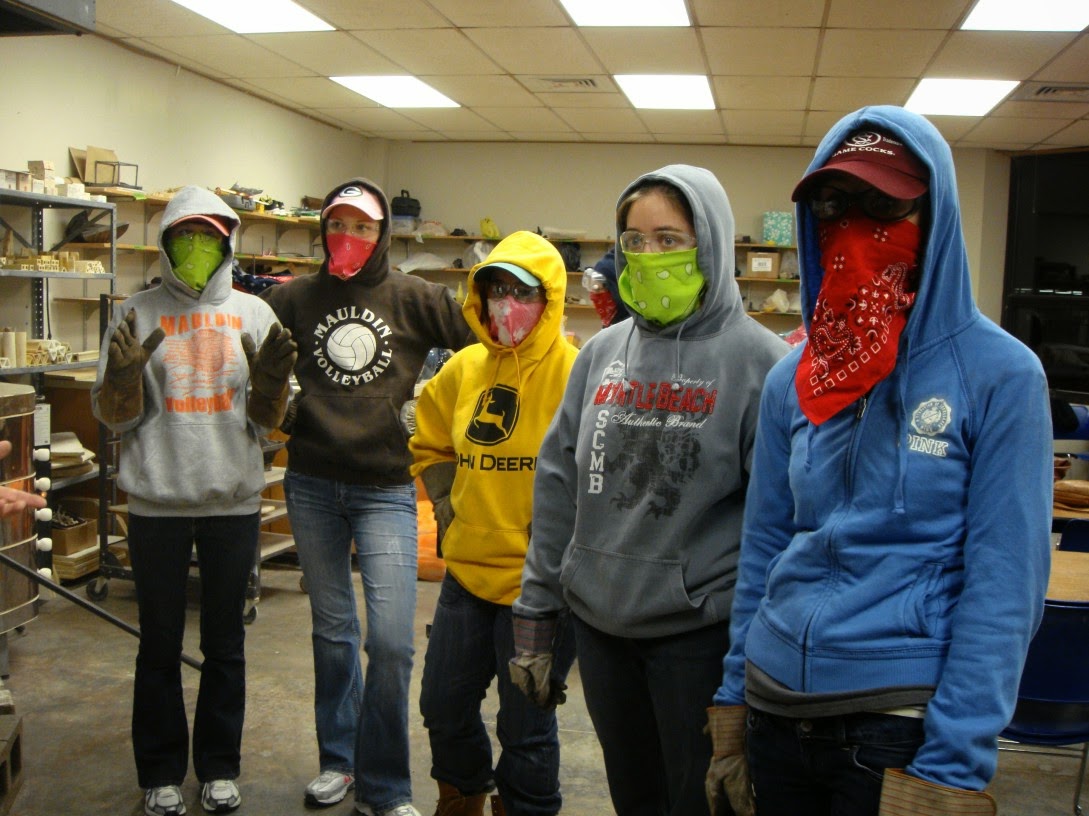 Fall semester of their second year.  My ceramics class on Raku night.  Cessquatch, The Tavmanian Devil, Josie, Elizabethe and Abby. 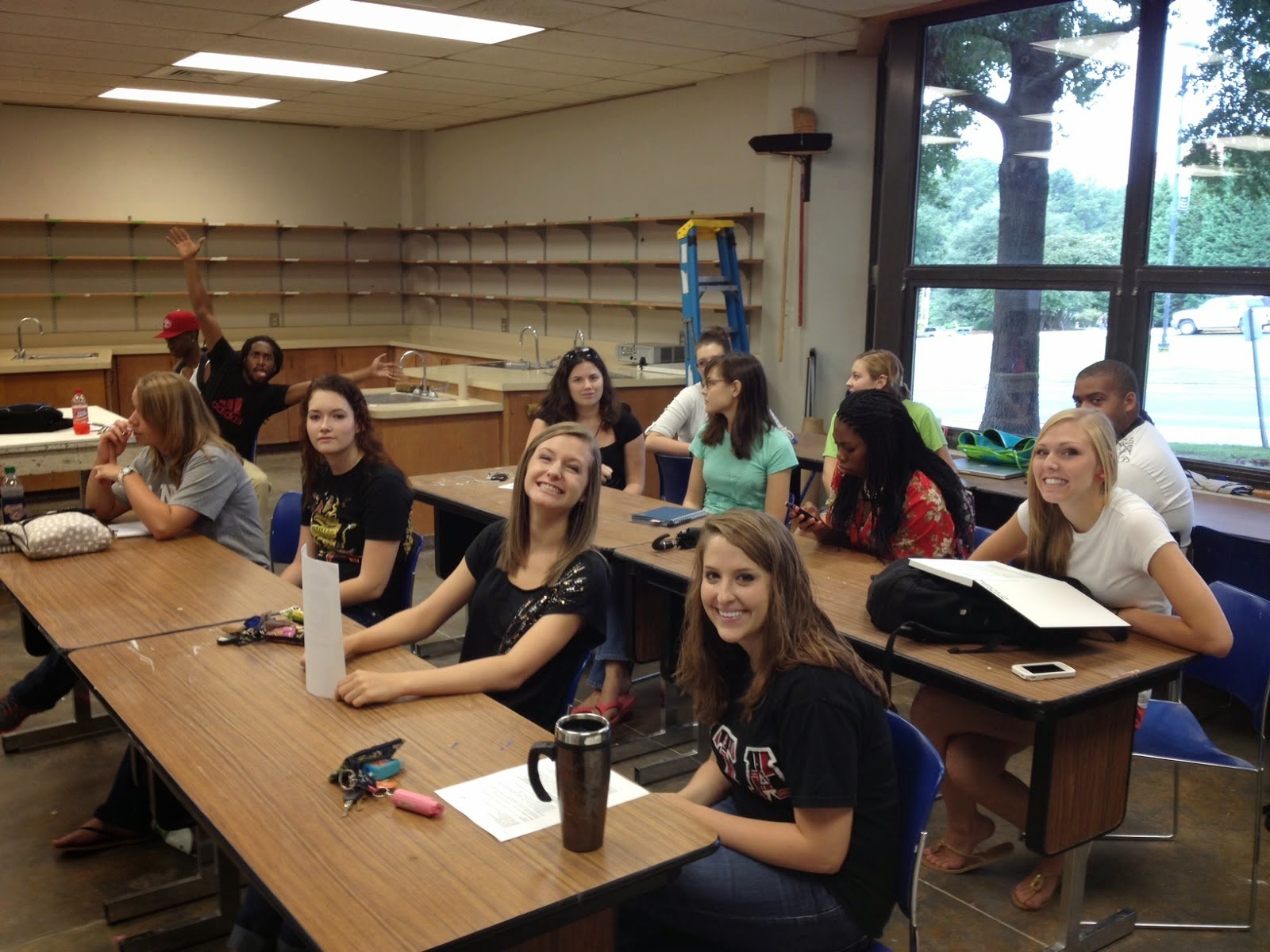 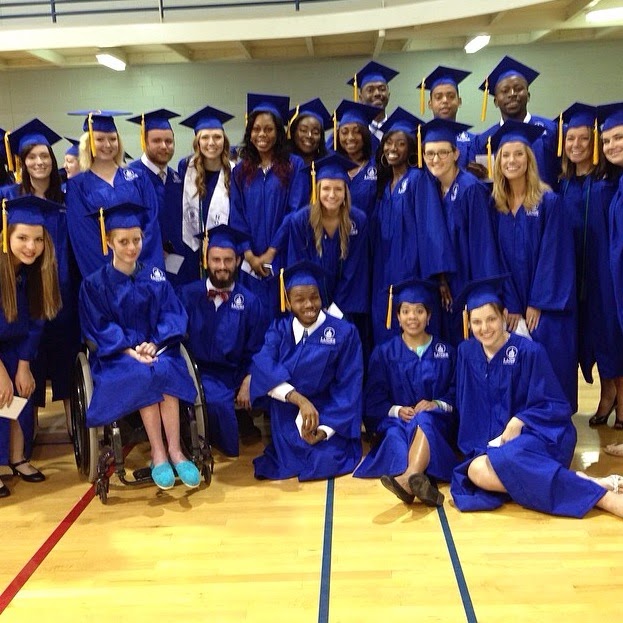 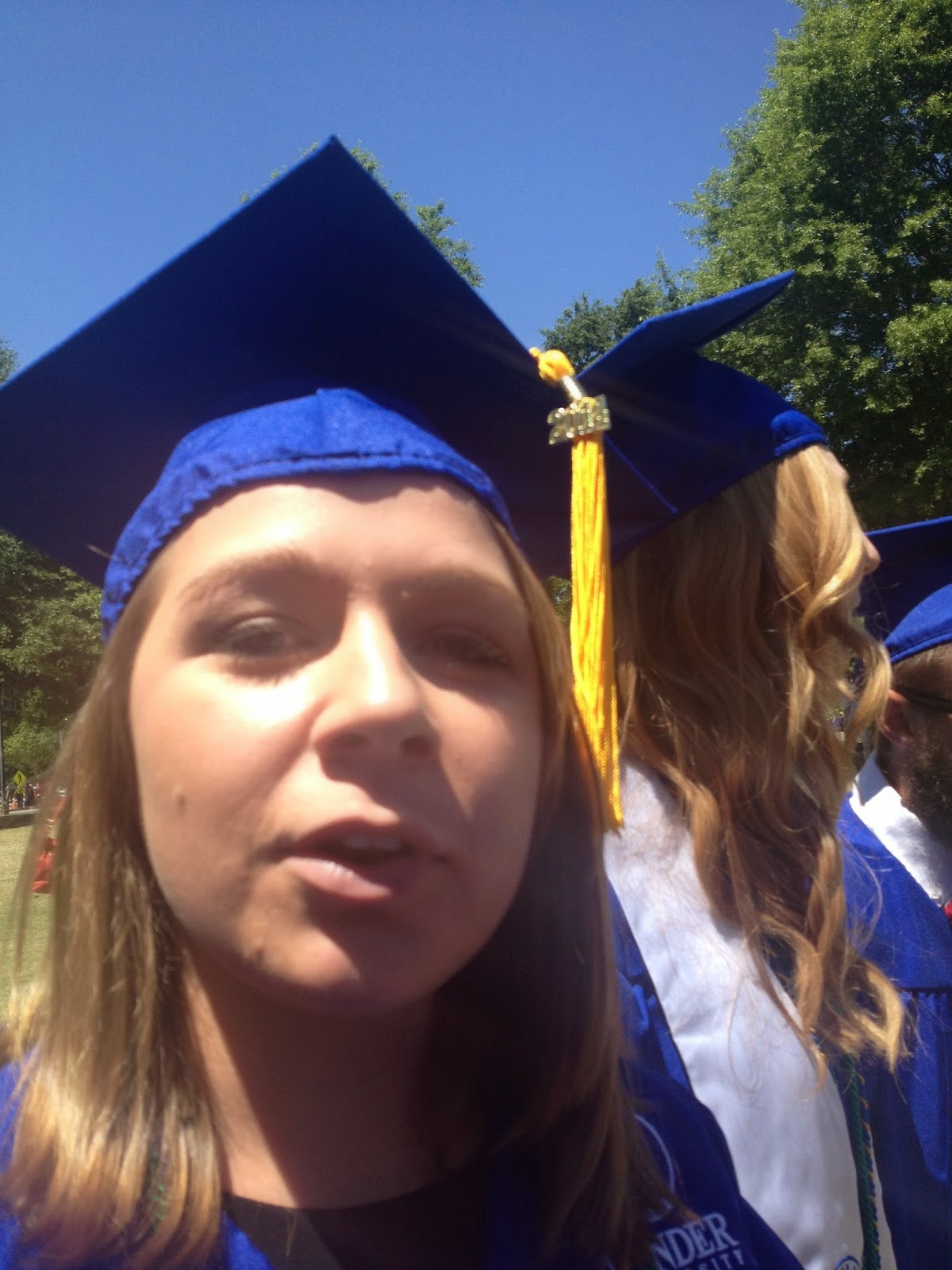 Mean Megan was fussing at me about something as usual.  The Tavmanian Mane in the background. 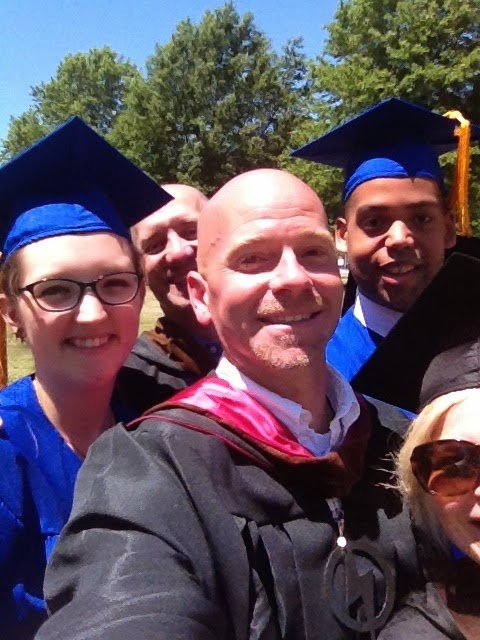 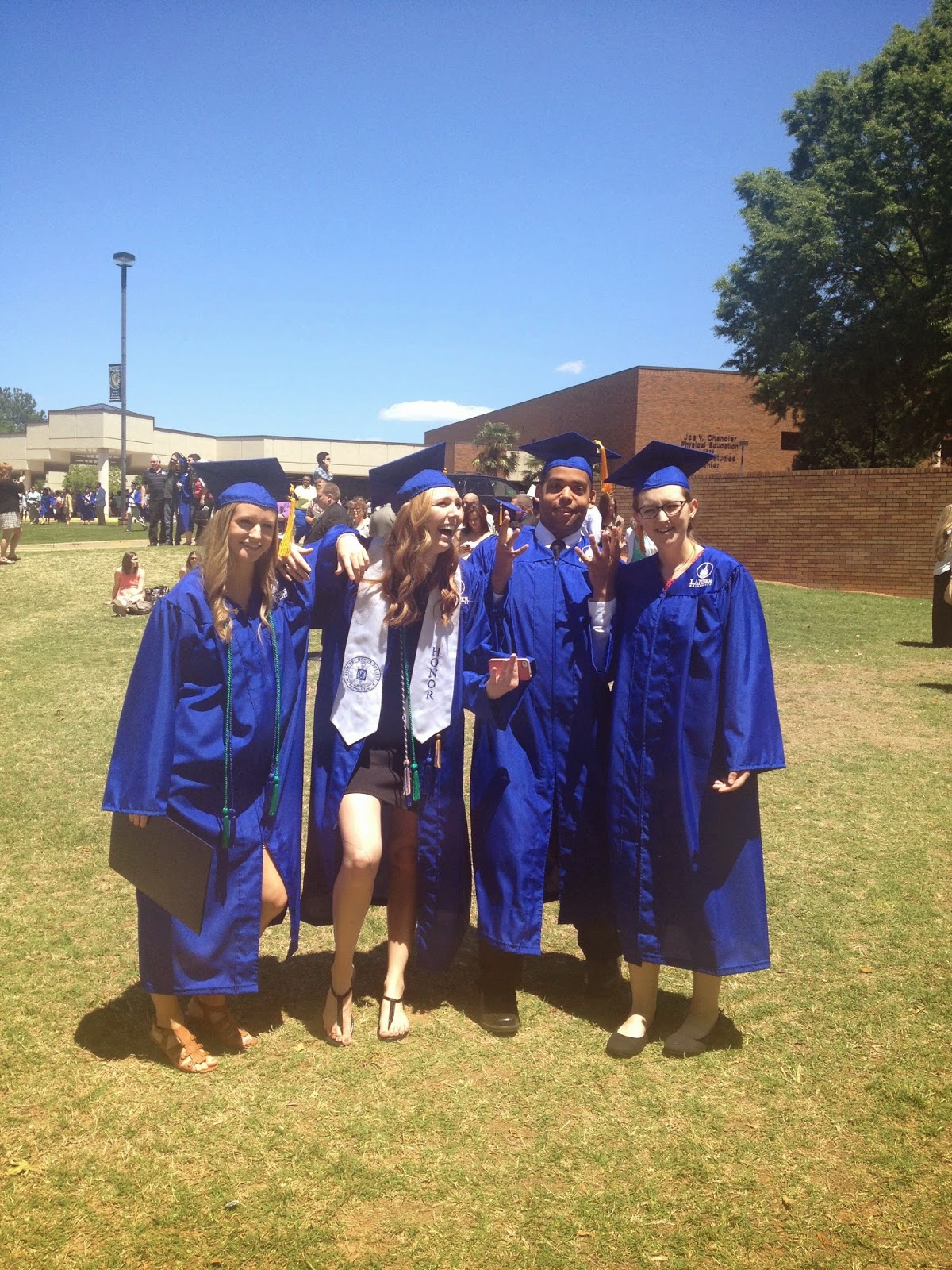 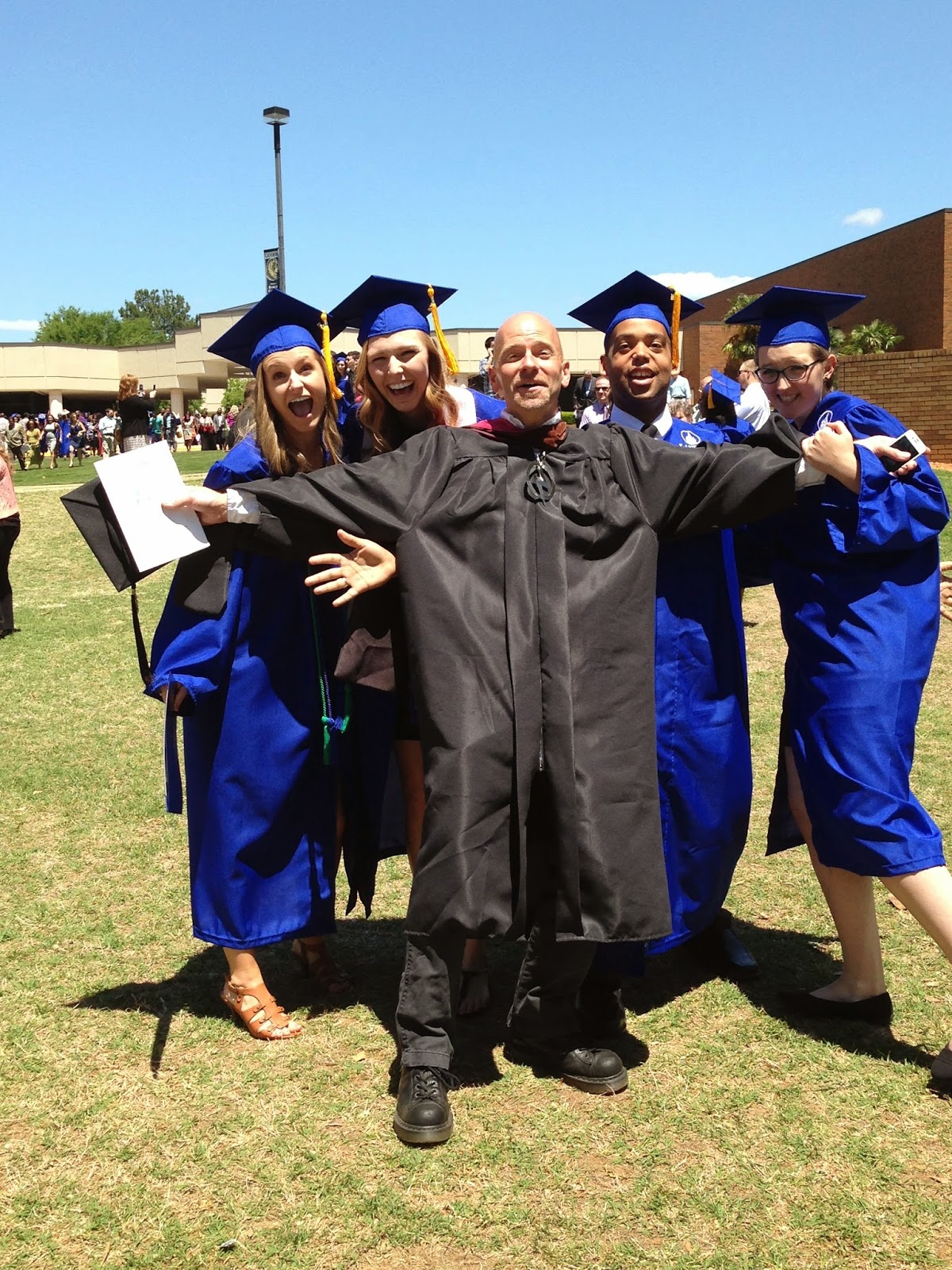 And this is when I realized they were leaving me forever.  Cessquatch, Tavmanian Devil, Sean, Katertot. 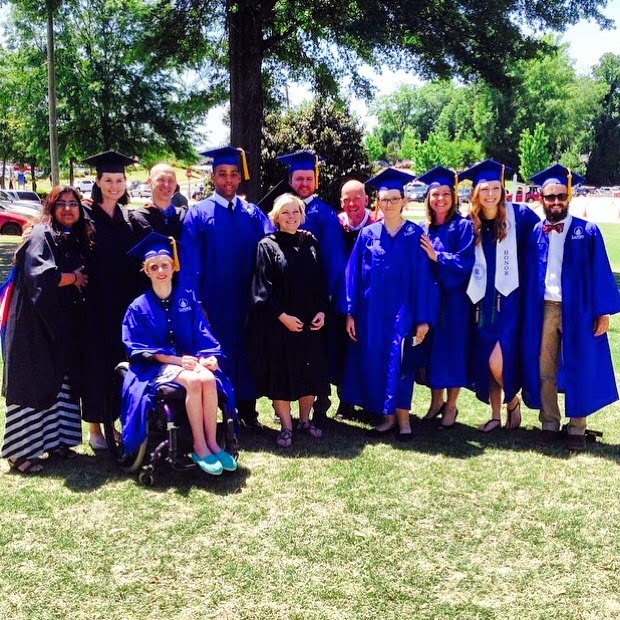 We offered to fail a few of them to keep them around longer.  Some of them considered the offer longer than they should have.  The Tavmanian Devil, Mean Megan and a couple others begin the MAT program in two weeks and I'll teach them yet again in the fall (Lord help us all).  The others hit the bricks this week looking for jobs and preparing to begin their professional lives.

It's been four years of laughter, creativity, learning and silliness.  You'd be hard pressed to find a better bunch of hoodlums.

Posted by e-sketchbook at 7:46 PM No comments: