My parents always had a big garden on a plot of land behind their house.  I hated the garden as a kid.  It was so big and the rows were so long.  During the hot summer months when both my parents would go to work, they’d leave instructions for my brothers and me.  There was always garden work on the list.  Hoeing, watering, picking, breaking, shucking and silking…I hated it all.  It was summer in the south so it was at least 180 degrees and 200% humidity.  I didn’t even eat vegetables so for me this seemed like especially cruel and unusual treatment.

A garden this size required a tractor and lots of implements.  Those long rows didn't make themselves.  Pop would use the harrow on the big tractor to turn over the soil a few times.  We'd put the plows on the small Farmall tractor and do our best to drive straight.  We had a planter attachment and one that would spread fertilizer.  At the end of the season he'd plow it all under again.

When my dad retired, the garden was one of his hobbies.  I would stop by to visit and within minutes I’d find myself stepping over the rows helping him pick something.  I still didn’t like it.

When my dad passed away, the garden became a visible reminder of his absence.  There's no one to drive the tractor any longer so instead of corn, green beans and tomatoes, the old garden now grows weeds tall and strong.  My mom has made a much smaller garden closer to the house and she still plants just what she needs there.  She tends to it all by hand. 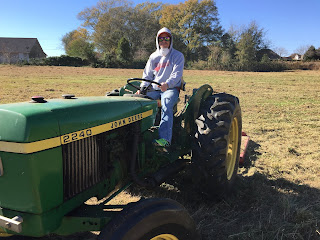 In early summer when the weeds are high in the old garden, mom lets me know it’s time to bush hog.  The weeds quickly retake the acreage and keep it until late November when I return again to cut them back.  On these visits, I crank up my dad’s John Deere 2240 tractor and I retrace his tracks around the garden.  It’s a slow, sacred process and I can only think of him while I smell the cut weeds and diesel exhaust.  I like to think that he’d be happy to see me out there on his tractor tending to the garden.  But the truth is, he’s probably laughing his butt off watching me try to remember how to start it up and watching me try to figure out which lever engages the bush hog.  He's probably making fun of my bright green running shoes and hooded sweatshirt too.

It makes me smile to think about what he’d say.  He had such a way with words.
Posted by e-sketchbook at 7:52 PM No comments: 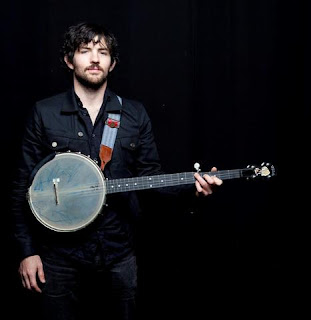 I've been listening to the Avett Brothers for a long time.  G and I saw them live for the first time eons ago at The Handlebar in Greenville, SC.  Langhorne Slim opened for them and we were hooked on both bands since.  In those early days, I had a cool email conversation with Scott Avett about some things we had in common.  Both our dads were welders.  Now the Avetts are famous and I think Saturday Night Live is the only late night show they haven't been on.

One of the cool things about the Scott and Seth Avett is that they are both also visual artists.  Scott, in particular, is an exceptional printmaker and painter.  Here are a few examples of his paintings swiped from Instagram... 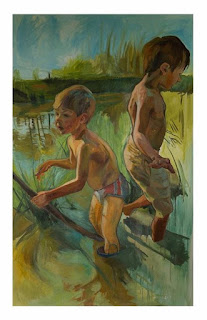 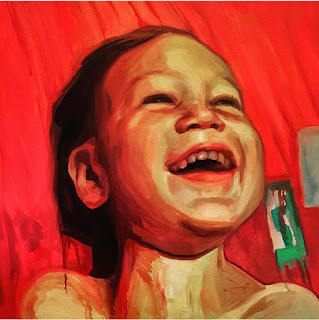 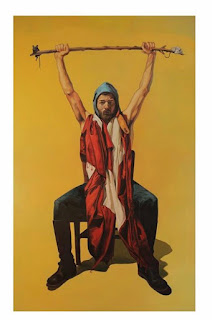 During an artist talk at Soco Gallery in Charlotte, NC a few weeks ago, Scott gave some really honest and interesting answers to questions posed by the host and by the audience.  I was able to listen to a live stream and I was interested enough in some of the ideas he discussed that I wanted to remember them.  File this under "selfish post"...you're welcome to read it but I admit it's mostly for me.

Speaking about portrait painting, Scott said that portraits of others are really just self portraits.  This felt true to me.  I rely on models and photos of people in various poses when I lay out my drawings on wood.  These references are rarely chosen because of who they are.  They are often chosen for the pose of the body, because they fit the compositional need or because they just feel important to me...but almost always, they are referencing some part of me.  Sounds selfish, but it's true.

Answering a question about spiritual content in his work, Scott said "It's all spiritual."  I'm not sure you can ever separate the spiritual from the artwork.  There is something at the very core of creating that is spiritually connected.  This is not really a religious thing, just an indication that there is something more than the visible at work in visual art.

"Fall on canvas"...when asked about how much preliminary sketching and studies he does for a painting, Scott indicated that he does very little planning before getting in front of the canvas.  He said he always wants to get to work and learn from the composition as he goes.  He said it was important for him to be able to fall on canvas, to make mistakes and learn from them during the creation of the work of art.

He also said that he was working on an album with another of my favorite musicians, Eef Barzelay.  I'm pretty excited about that too.

I'm closing my computer now and going back on fall break.
Posted by e-sketchbook at 4:49 PM No comments: