After getting my forehead a tad toasty during the Raku firing I put in a couple of last minute practice runs getting ready for my second 5k race on Saturday. 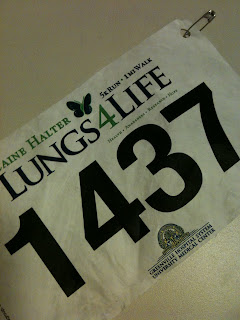 My big....no, I guess big is no longer the correct word. My 'older' brother Daniel, the most famous Comic Store owner in the area wanted to run a 5k some time this year. In the last year he's lost over 100 pounds and he's been running and working out like a crazy person. 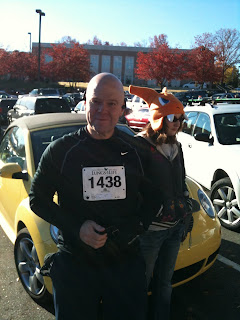 brother daniel
We arrived early for the race and stood in the cold morning air with a huge crowd of people. My first race last year was attended by around 100 people. This one had several Greenville parking lots filled with cars and a huge mass of people waiting to run.


There's something different about running in a race. You know that you can run the distance and you pretty much know that you're not going to finish first or last but something about it makes you nervous. You start thinking about all the weird things that could happen. You second guess the coffee you had for breakfast. You fear those side cramps that never happen when you do a normal run. You wonder if that man with the walker is going to finish faster than you. 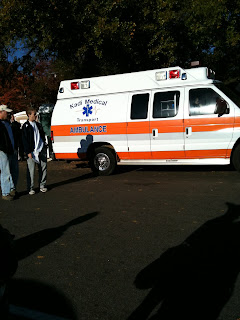 Once the race started I forgot most of the fears. There was a wall of slow people at the front of the line...I still do not understand that logic....but after passing them and getting my regular pace down I was fine.
Brother Daniel had been running longer distances on a regular basis so I was not worried about him either.
And then, right on cue....the splitting pain in my side came along. Following that - the very real fear that I was close to losing my coffee. Just as I talked myself down from needing to heave, the guy in front of me peels off to the side, doubles over and loses his coffee.
But the cool thing about running is that the faster you run, the sooner you get to stop and rest.
And I managed to get my sweaty phone out of the shoulder strap fast enough to get this photo of brother Daniel reaching a major goal... 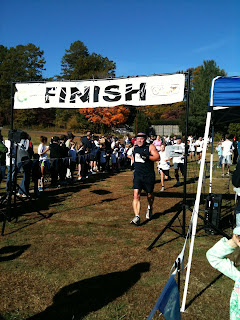 Sure we were beat badly by senior citizens and adolescents alike but we finished well and didn't have to ride in the ambulance. And I managed to shave 8 minutes off my first race time.
Posted by e-sketchbook at 5:11 PM