and the rest of the break

Between the day after Christmas and whenever I have to go back to school, there's this glorious time.  All the Christmas running around is finished and there are days of sleeping later and having very few plans.  Blue is usually home with me and he's excited about putting all those Christmas Legos together.

This year it looked like G was going to have to work all week but as it happened, she ended up with most of the week off.  This meant lots of sleeping in and kids staying in pajamas all day.  The day she had to work I let the kids play for a while and then I moved them outside for a walk in the woods. 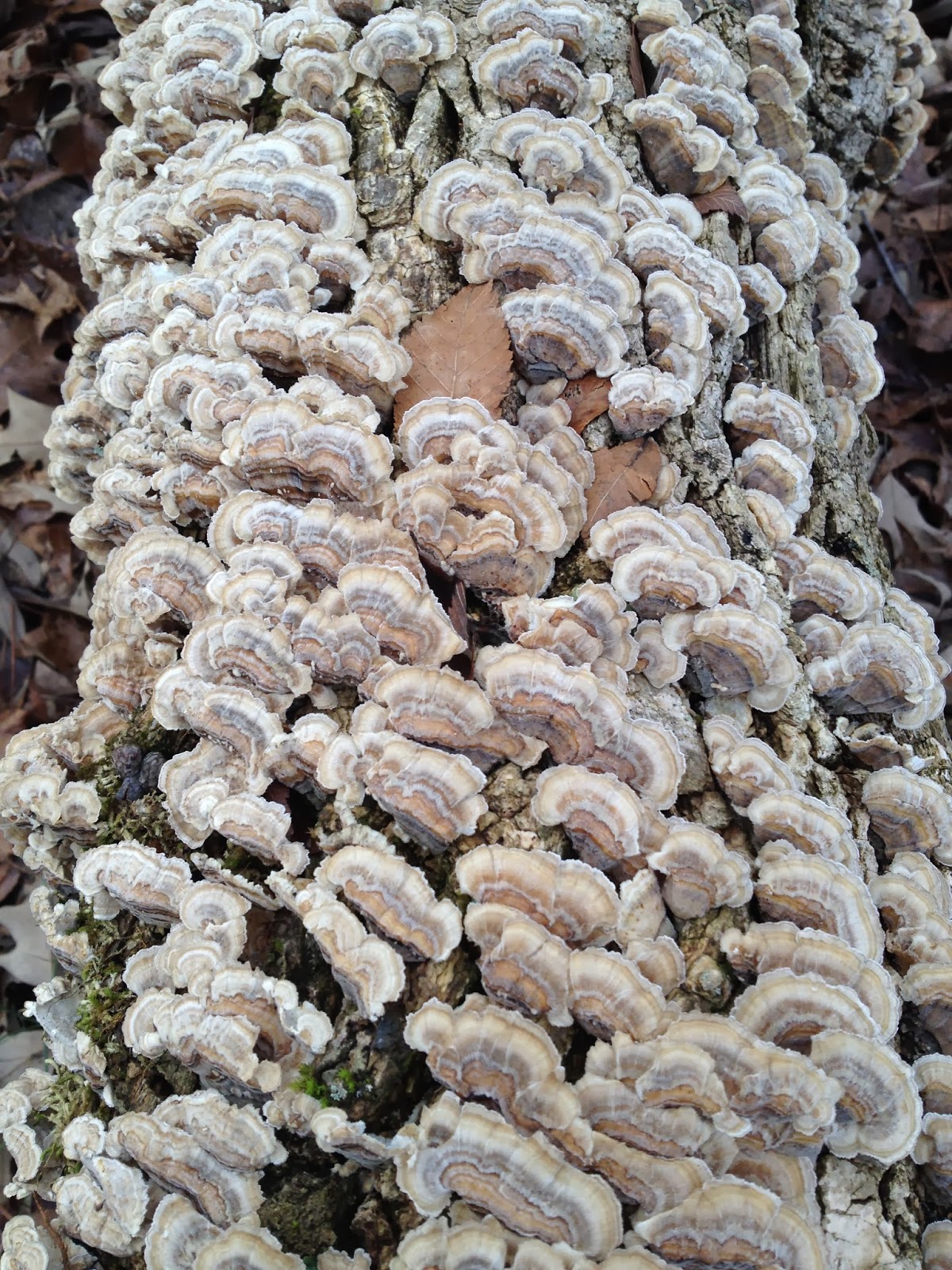 They love to walk around and explore.  It rained a good bit and the promise of getting to walk through creeks and jump in mud was good enough to get them in the fresh air for a long time. 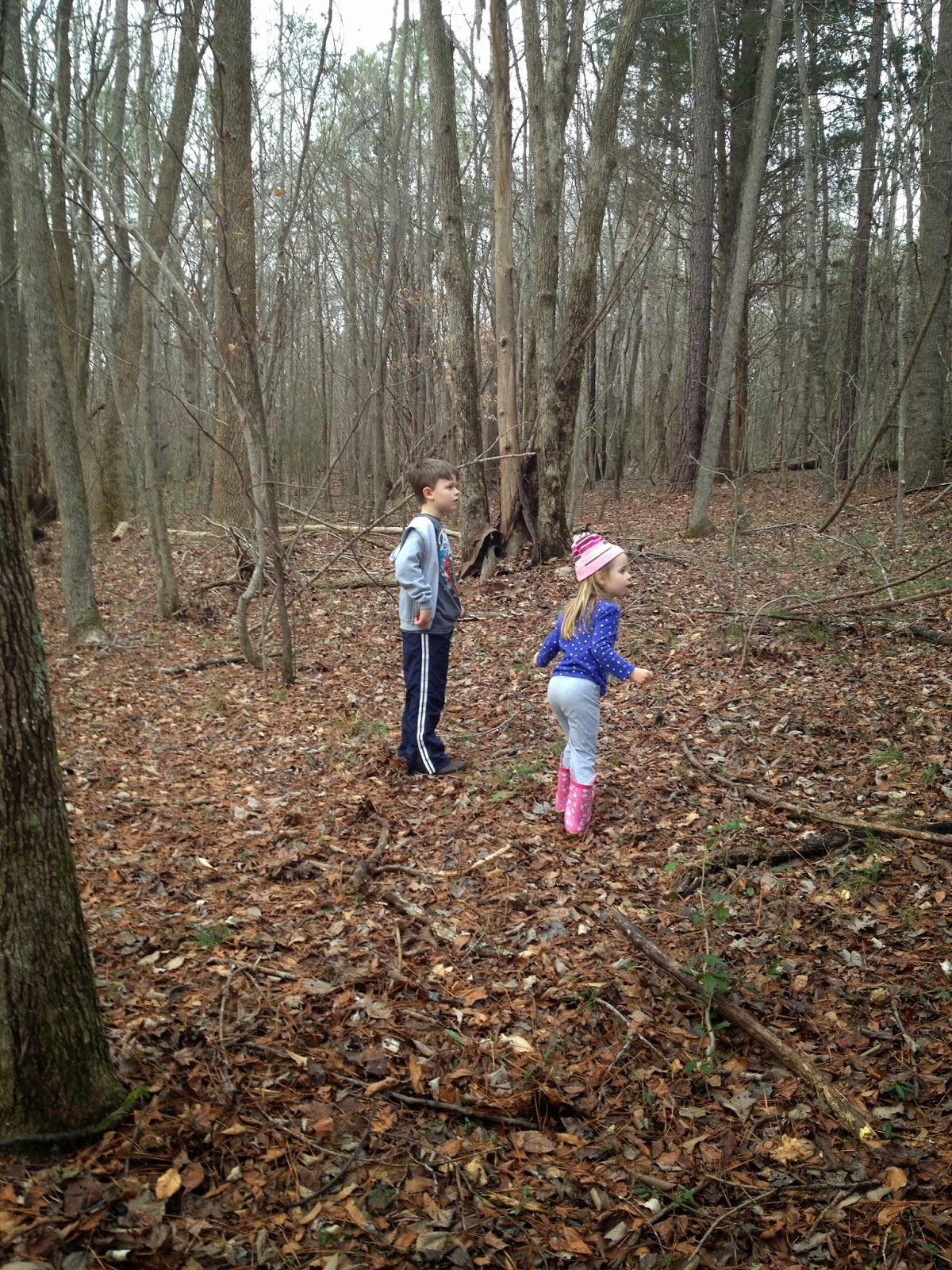 We do most of our woods walking after January 1.  This way we're much less likely to get mistaken for a deer. 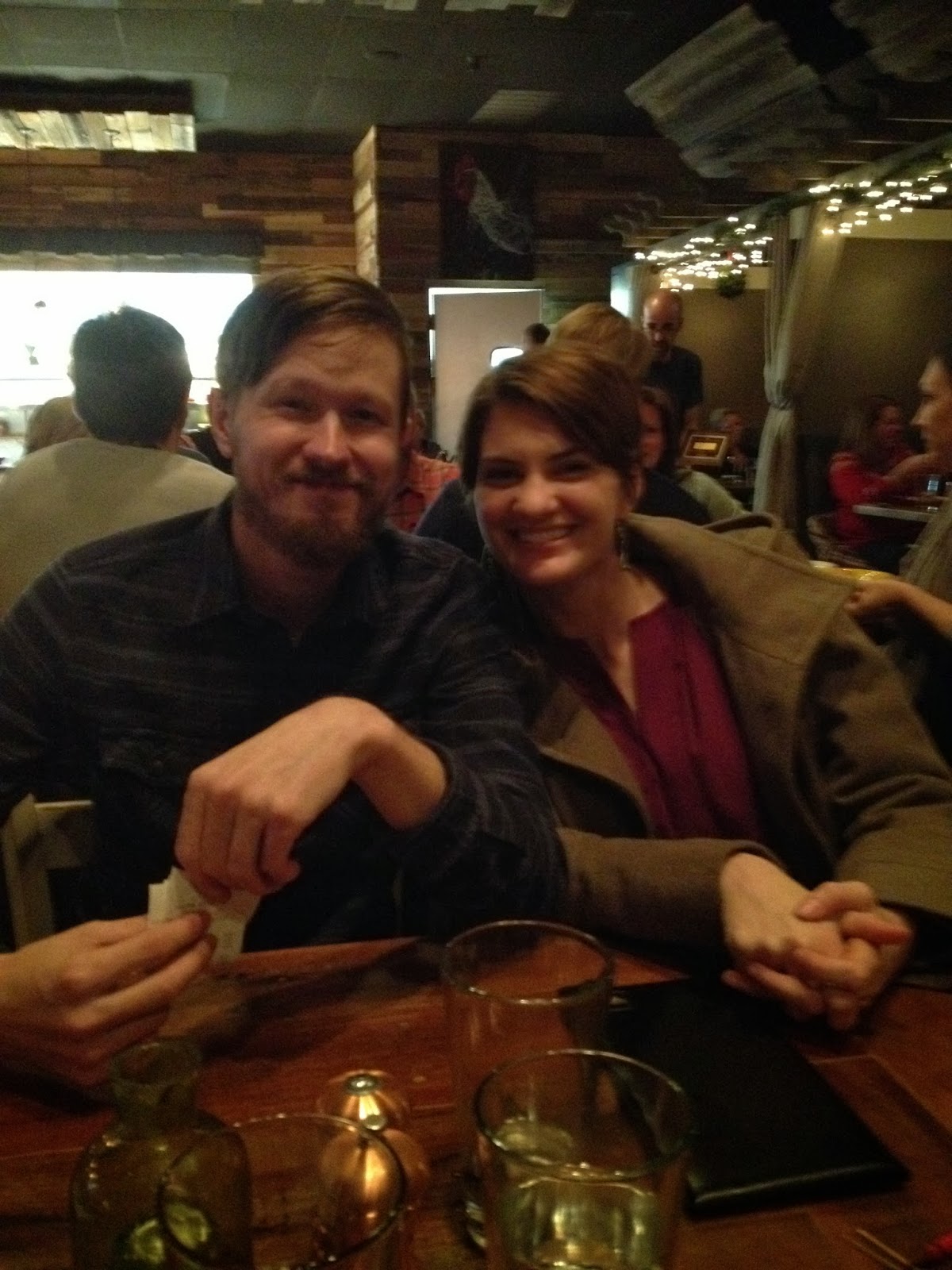 We are not really a family of New Year's Eve revelers.  We've done a few of the Avett Brothers NYE shows but what we really seem to enjoy is not being around a lot of people.  Being in our underwear is always a nice plus as well.  Most public places frown on that sort of thing so we stick pretty close to the living room.  This year we had dinner plans with my baptist friend Ali and her fiance.  You may remember Ali from earlier photos and stories.  She's in grad school now and she up and met the man of her dreams and plans to get hitched in the spring.  This was our first time meeting him.  He's Chris, though my baptist friend seems to call him "Stigall" a good bit.  That's his last name. 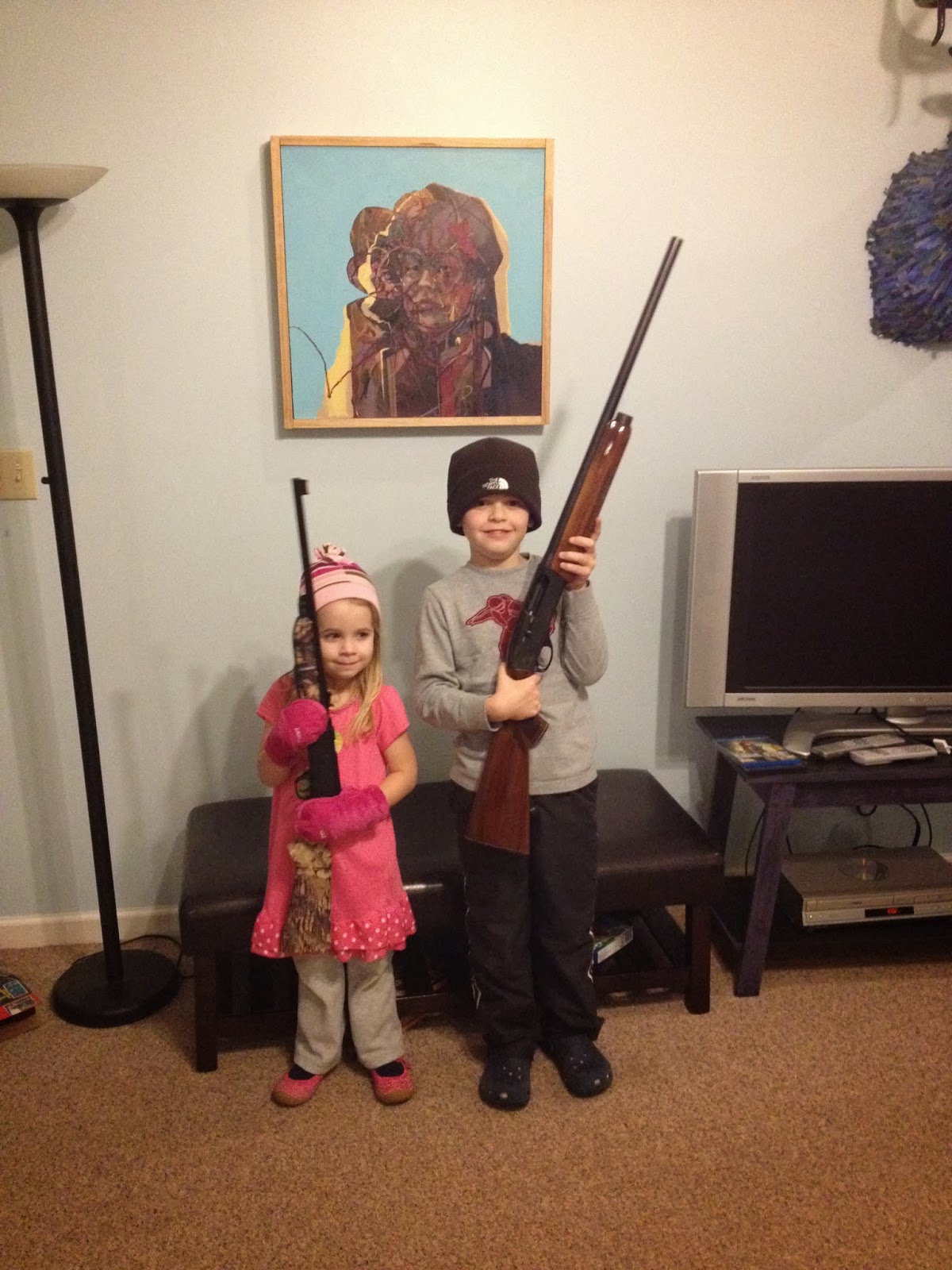 Y'all may not know that Blue is madly in love with my baptist friend Ali.  At least, as in love as a 7 year old can be.  Luckily he approved of Chris and seemed to like him a lot.  So that went well.  We all liked Chris.  He seems to be a good guy.  After dinner we headed back to the plantation and decided to celebrate the end of the year our own way.  We loaded up some guns and made a little noise outside.  Theirs was a BB gun.  They only let me shoot mine once because they said it was too loud. 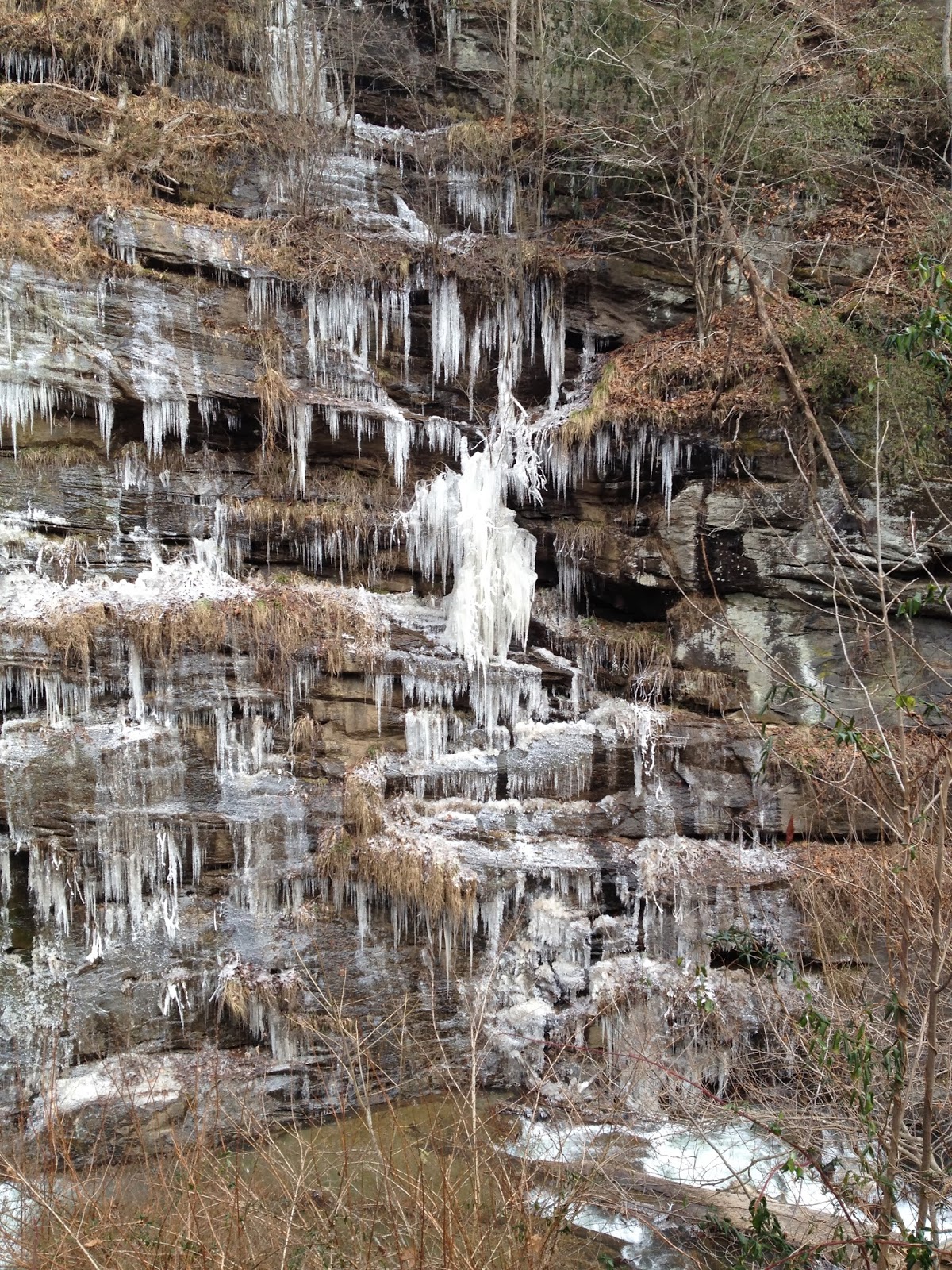 That week always has a bonus holiday for us...my birthday.  The early January birthday is great.  For the past couple of years I've declared it a family holiday and I've forced the family to go with me on some kind of hiking adventure.  This year it was frigid all day and after hearing the forecast, we decided to go for an easy hike at Pearson's Falls.  I thought the well below freezing temperatures would make for some cool photos.  After driving all the way up to the entrance, we found that they were closed for the entire month of January.  Great.  But Google quickly had us on the trail of Little Bradley Falls just up the road a bit. 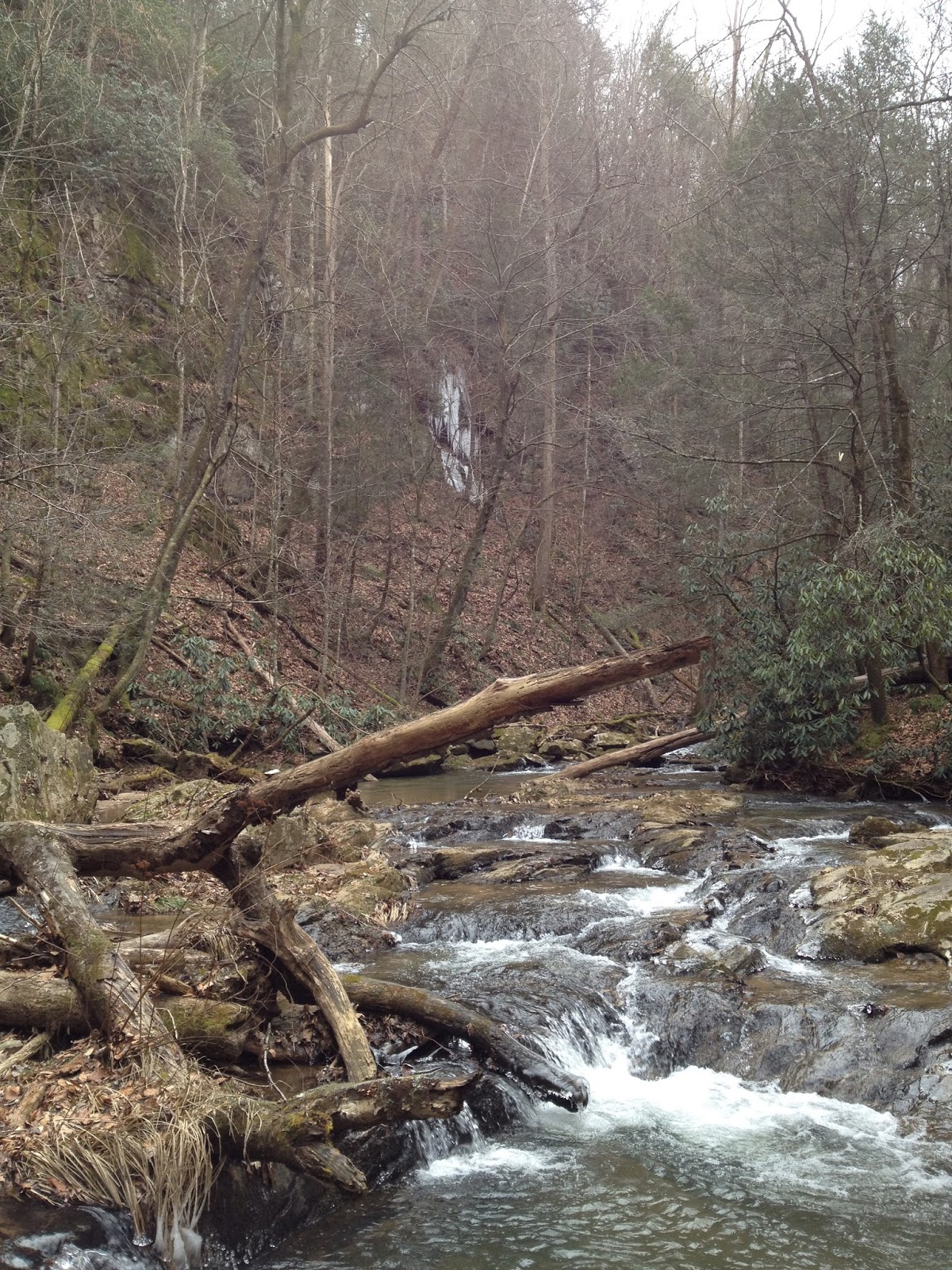 We met a very kind stranger with a camera and tripod who gave us some tips to keep the kids safe.  This trail is not a state maintained trail so there are no signs and no forest rangers around.  The advice of a seasoned hiker is taken to heart.  We hiked about 3/4 of the way to the falls but we were thwarted in our attempt to cross the river at the second crossing.  There had been too much rain and the water was too high to cross without getting everyone's feet wet.  And wet feet when the temperature is well below freezing is not a good idea.  So we ate our lunch in a pretty spot and turned around. 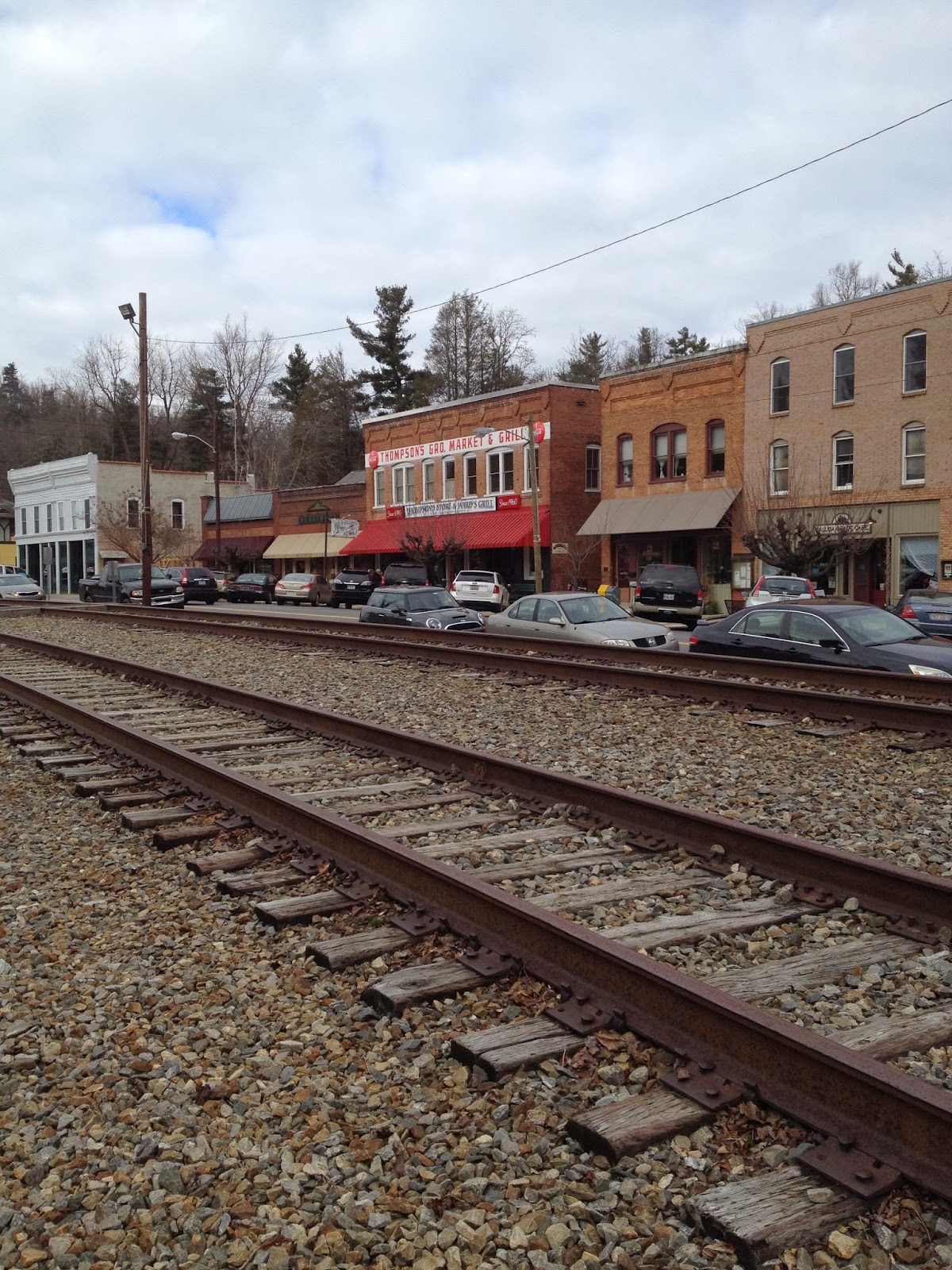 The shortened hike gave us time to drive into Saluda and get some great glass bottled drinks at the old mom and pop store. That night G used my mom's famous big cookie recipe to make a big birthday cookie.  She even made the icing.  It was delicious. 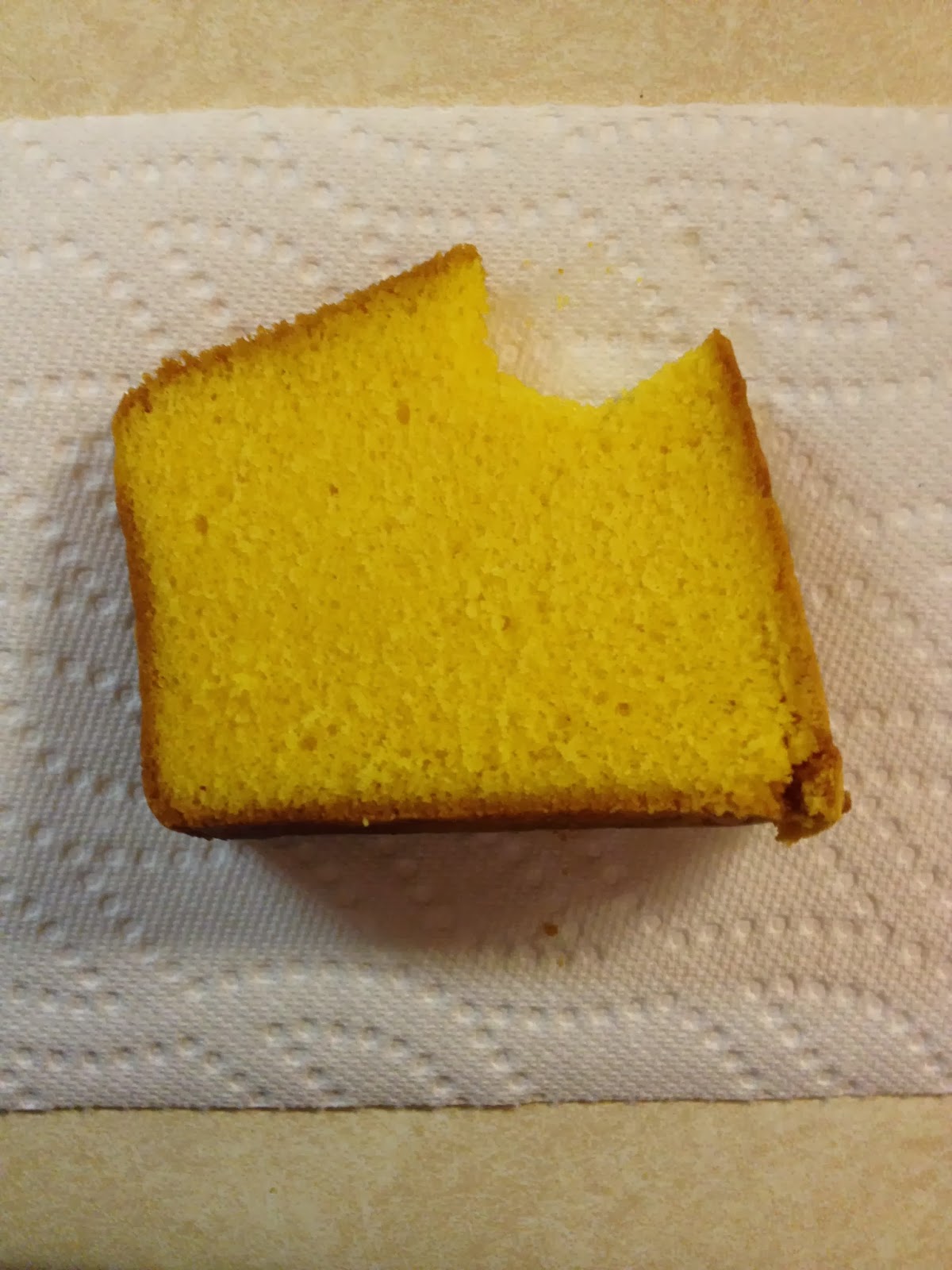 Then I washed the cookie down with a spectacular slice of mom's butternut cake.

Posted by e-sketchbook at 6:06 PM No comments:

Gallery Seventeen is featuring me for their latest edition of "17Questions".

You can read the questions, answers and see some photos here: