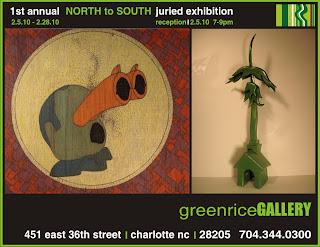 One of my new drawings and one of my most recent sculptures were chosen for this show at Green Rice Gallery in Charlotte, NC. (www.green-rice.com) Thats "Halo 2" on the left and "The One With The Hole In It" on the right. I'd like to take this opportunity to point out that they are both shiny. We're talking....metallic. Metallic gold paint on the left and metallic apple green powder coating on the right.

The opening reception is next Friday, Feb 5, so if you're around, stop and see the show as a part of the NoDa Gallery Crawl.

Since I had not thought much about an artist statement in a while, I had to prepare a new one to accompany these pieces for the show. I'm not such a fan of writing an artist statement, but if you are into that sort of thing, here you go:


The commute to work. A conversation with my wife. The funny thing my three-year-old did this morning. This is where my ideas come from.

Bold colors, shiny surfaces and whimsical imagery continue to be essential elements in my drawings and sculptures. I am interested in the power of color and image in visual communication and how a viewer’s personal experiences will affect how they interpret those colors and images. My artwork often dips into serious or sinister subject matter, but always does so with a sense of humor, a shiny color and a spoonful of sugar.

My drawings consist of color ink on wood panels. These materials provide a direct and immediate mark making process. Images often develop organically and spontaneously and may continue to evolve until the final clear coat is applied.

My sculptures are made of hollow, hand-formed, welded steel. I grind and sand the surfaces to provide a seamless, clean presentation before powder coating the steel. This is a physically demanding and patience-testing process.

see you in september 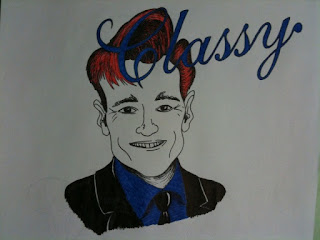 Classy CoCo from the sketchbook

Last Friday, January 22, "The Tonight Show with Conan O'Brien" came to a relatively abrupt close. Seven months after taking over hosting duties and moving his family and staff from New York to Los Angeles, Mr. O'Brien fended off a very strange attack on The Tonight Show legacy by refusing to move to a later time slot.

A week of legal wrangling later and Conan was gearing up for his farewell show. If you've been under a rock and know nothing about this little drama, well then good for you. Just know that Mr. O'Brien had every reason to use his last few hours with an ever growing international audience to blast the network for this certainly ill fated decision. He could have opened the doors to all the closets and brought out all the skeletons.

What he did instead was worth noticing.

First, Conan used precious time from each show to ask viewers to donate to stillerstrong.org, a charity providing relief and aid specifically to the victims of the earthquake in Haiti. Each time he mentioned this charity and this recent natural disaster he pointed out that his little network drama was just “silly and meaningless” and that there were some things that actually deserved more attention.

Second, and most impressive….in the final moments of his final show, a show that was his lifelong dream job, a show that was promised to him for several years and then jerked away from him in the blink of an eye, he turned his words toward the network and addressed the issue head on. But instead of the venom his loyal viewers expected, he unleashed a mouthful of raw gratitude toward the network. Yes, gratitude. He thanked the network for all the years they employed him and allowed him to have fun on television.

And then he said this:

“To all the people watching, I can never ever thank you enough for your kindness to me and I’ll think about it for the rest of my life. All I ask of you is one thing: please don’t be cynical. I hate cynicism. For the record, it’s my least favorite quality, and it doesn’t lead anywhere. Nobody in life gets exactly what they thought they would get, but if you work hard and you’re kind, I’m telling you, amazing things will happen.”

I suppose we’ve all just been schooled on how a mature adult is expected to behave.

Well done Mr. O’Brien. Perhaps we’ll see you again in the future. Maybe even all the way to the year 2000.
Posted by e-sketchbook at 5:03 PM No comments: 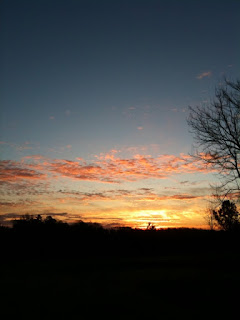 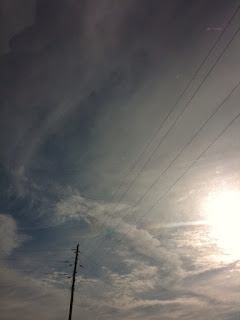 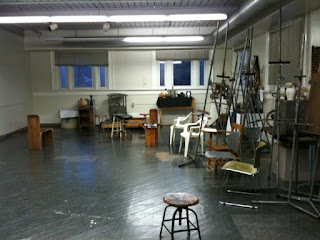 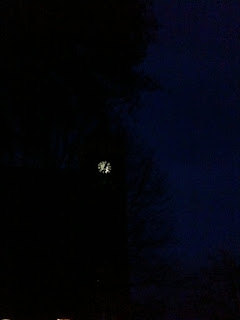 Posted by e-sketchbook at 5:51 PM No comments:

time to make the doughnuts

I am a fairly driven and motivated person. I tend to be goal oriented, especially when it comes to creating and this tendency is responsible for my reasonably high creative output over the last ten years. My schedule requires me to plan ahead and to viciously protect any scraps of production time I can set aside. Production time is valuable….and yet there are times I just do not want to make things.

It’s easy to think of a Monday morning and that feeling you get when you have just hit the snooze bar and you lie there under the covers trying to think of reasons why you should not go to your job. But when it comes to art, most people do not consider that an artist might sometimes feel this way about going into a period of creative production. After all, isn’t art something the artist enjoys? If you love making art, how could you say that sometimes you just don’t want to do it?

I do love making things. I love working with steel and I love drawing. I look forward to it. I get excited about new ideas. And then when faced with the daunting task of starting a new sculpture I’ll find myself looking for a reason, any reason, to NOT work. The weather is too hot or too cold or maybe it’s raining and really, I can’t be expected to create sculptures when there’s a lingering drizzle outside, right? Maybe there’s a house “to do” list and a box of Krispie Kremes that need some attention. Some days I’ll do just about anything to avoid working on art.

Recently I read something about the creative process that made me realize I was not the only one who felt this way. Writer Donald Miller in his most recent book, “A Million Miles in a Thousand Years” described his writing process as a struggle against distractions. He compared his act of writing a book to the act of a plumber going to fix a drain – not exactly a romantic image. Even more recently Miller has stated on his blog,

“I don’t know very many writers who love the actual act of writing. We will do anything to avoid work. But because we have to pay our bills, at some point every day a good writer sits down to do his/her work.”

The thing Miller is getting at is the myth that artists are supposed to love their work 100% of the time. People often expect artists to approach their creative work with an enthusiastic love that would make a hippie jealous. Truth is, we do love what we do and there are days you could not keep us from our work but the thing to remember is that it is work. Hard work. It is also fearful work. I can only speak for myself here, but each success seems to bring more fear. What if that great drawing was a fluke? What if my next sculpture is not as great as my last? What if the public doesn’t respond to this series of work as positively as before? What if that gallery doesn’t like my new direction?

As Miller says, at some point we just have to sit down (or go to the metal shop) and do our work. Perhaps the drive comes from the need to pay bills or the need to have a particular number of works ready for an upcoming exhibition, but at some point you just have to go do it. Once the brain gets to clicking and the creative problems begin to turn into creative solutions, the dreading of hard work and the fear of failure begins to give way to excitement and joy. It is at this point you remember why you love this process so much and you wonder how you could have put it off for so long.
Posted by e-sketchbook at 6:26 PM 1 comment: 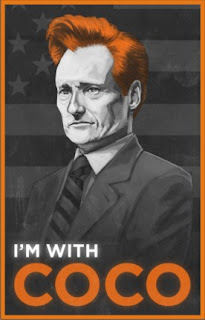 Posted by e-sketchbook at 3:12 AM No comments:

The Winter of Awesome 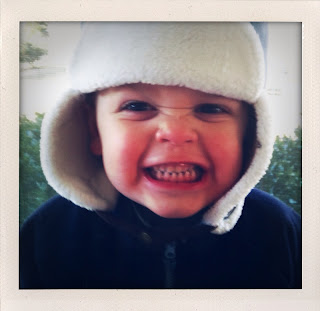 It's been very cold here this week
. 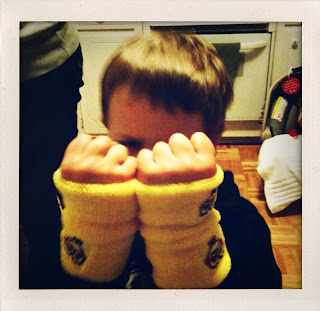 These are Spongebob wrist bands. They make you awesome. 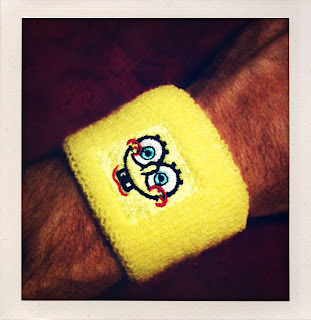 Posted by e-sketchbook at 5:28 PM No comments: 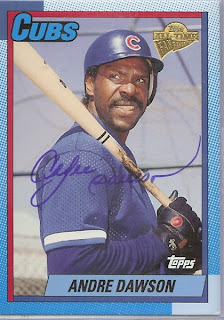 Andre Dawson was voted into the Baseball Hall of Fame on Wednesday. Andre "The Hawk" was one of my favorite Cubs back in the late 1980's and as much as I admired him then, the things I've read about him these last two days make me admire him more. Dawson was a star for the Expos with his excellent defense and his speed of light base running. But after ten years on astro turf his legs were in decline. When his contract was up he still wanted to play the game he loved so he sent the Cubs a blank contract. He told them he still wanted to play and if they'd hire him, they could just fill in the amount of money they wanted to pay. The Cubs offered a minimum amount and Dawson was in their Spring Training facility the next day. He carried no puffed up sense of pride (even though he had a superstar past) but only a genuine love for the game.
Another story he shared in an interview sheds some light on his character. He was always very quiet in the locker room and on the field but he said that a few times his temper got the best of him and he had a couple of heated conversations with the umpires. He said that each time this happened he'd get a phone call as soon as he arrived home from his mother. She would ask him, "Just who do you think you are acting like that?" and he said that was always just enough to put him back in his place.
Imagine that.....humility and class in professional sports. 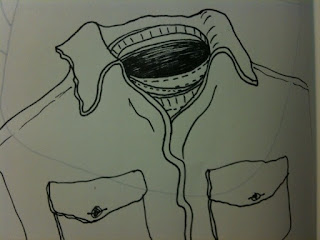 More deliberate sketching in 2010. It's so easy to fall into lazy habits but sketching is such a good thing to do. This one shows the clothing layers I've resorted to these past few days. It's been quite cold here in God's Country. 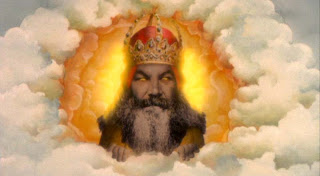 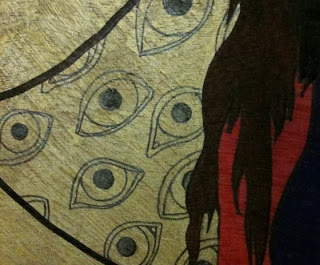 Another one in the new drawing series. This one's been hard to finish. Babies are cutting teeth, kids are having ear infections, the Steelers tanked and the Spring semester begins in 4 days. And it's cold.
But.......buck up little campers. Pitchers and catchers report in just over a month.
Posted by e-sketchbook at 6:10 PM No comments: 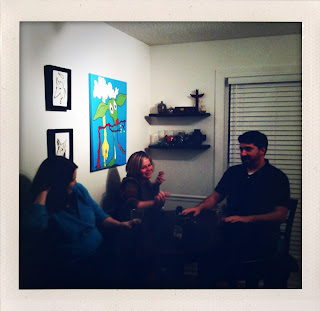 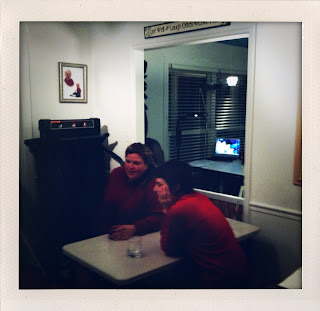 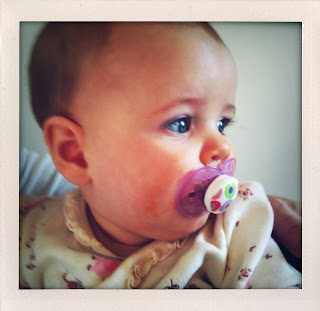 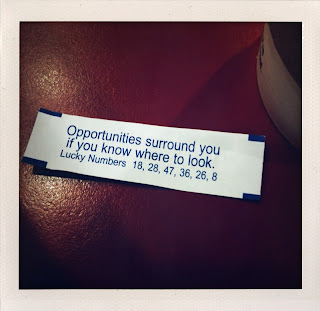 early birthday dinner fortune
.
Posted by e-sketchbook at 11:41 AM No comments: