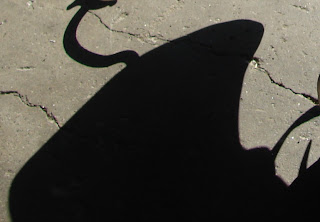 four in a week

Remember that time in 9th grade when the little dark haired girl who sat behind you told you that she'd rather just be friends? There are days when it feels a bit like that.

I don't think you ever get used to the rejections.

In most face to face scenarios you can count on a social contract to keep things pleasant. Viewer responses in this type of situation will be mostly positive simply because you are standing right there. But since most viewers do not just happen to stroll into your studio at the exact moment you've put the finishing touches on your most recent object of art, this is not the most common interaction for the artist to experience.

First you'll need to get your art out in public so that someone may view it. This means getting it into a gallery or exhibition space. Unless you own your own gallery this is no easy task. You'll need to enter some sort of juried show, or submit a work for consideration in an exhibition, or at the very least you'll need to let a gallery director know you have new work available.

And then comes the response.

Once in a while it is positive. Sometimes you'll get to return from the mailbox with a smile brought on by the thought that someone believes your work is good. This is validation. The artist lives for these moments. But as enjoyable as these moments may be, they are rare indeed.

More common is the less positive response. "We regret to inform you...., Though we admire your work....., While we respect your talent..." are phrases artists read in notification letters all too often. And while these are all very polite ways of saying you didn't make the cut, to the artist it generally sounds like "you suck, please cease in your attempts to make art".

I've been doing this a long time and I send out a fair amount of entries and packets. Which means I receive a steady diet of "no thank you" letters. But even after all these years it still stings a bit each time. Even though the rational part of my brain understands why my work may not have been a good fit for that gallery or why it would not have been considered for some show, that doesn't stop the irrational part of my brain from trying to take it personally.

Luckily the hard feelings don't last and soon you're able walk back in and face the little dark haired girl again. Besides, next time she might say yes.
Posted by e-sketchbook at 8:38 PM No comments:

A Change Is Gonna Come

Conceptual Art typically refers to art that is based on communicating a concept or idea most often without the production of an actual art object. Conceptual Art may involve an event or “happening” or may simply be the explanation of an artist’s idea.
Marcel Duchamp tossed a stone in the pool of the art world in 1917 with his submission of his work “Fountain” to an exhibition. The submission was simply a urinal signed “R. Mutt” and the ripples of that stone have grown into enormous waves over the last 90 years. Since the early 1960’s artists have lined up to push the traditional boundaries of art and have allowed themselves to be shot (Burden), placed their own feces in canisters (Manzoni), lived in a room with wolves (Beuys), and my personal favorite - submitted a telegram as an entry into an exhibition of portraits (Rauschenberg). 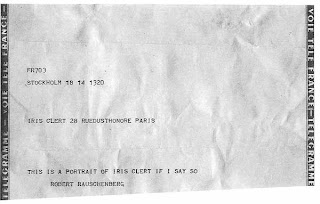 During what might prove to be the high water mark of Conceptual Art, The Tate Gallery began awarding the Turner Prize to one of several Conceptual Artists annually from 1997 – 2008. Conceptual Artists have received fame, praise, and large sums of money but they’ve also met with consistent criticism over the years. In addition to the more expected questions of “Is this really art?” there have also been a number of artists and art industry workers who have spoken out against the movement.
The Chairman of the Institute of Contemporary Arts, Ivan Massow called Conceptual Art “pretentious, self-indulgent, craftless…” and that it was in “danger of disappearing up its own arse” in 2002. A group of artists in the UK founded a movement called Stuckism in 1999 in response to Conceptual Art. This group is known for protesting the Turner Prize and in 2002 they carried a coffin to the White Cube gallery announcing “The Death of Conceptual Art”.
Perhaps more noteworthy was a move by Charles Saatchi of the Saatchi Gallery. Saatchi was a sponsor of the Young British Artists, a collection of mostly Conceptual Artists from the UK. Saatchi was a collector of the byproducts associated with many Conceptual Art pieces and was criticized by the Stuckists for his unrelenting support of Conceptual Art. Yet in late 2004 Saatchi went on record as saying that “painting continues to be the most relevant and vital way that artists choose to communicate.” Soon after this statement he began to sell off many of the conceptual pieces from his personal art collection.
With the specter of a global economic downturn looming large in recent months, one must wonder what affect this crisis will have on Conceptual Art.

In an article in the New York Times in early 2009, Holland Cotter wrote:
…The contemporary art market, with its abiding reputation for foggy deals and puffy values, is a vulnerable organism, traditionally hit early and hard by economic malaise. That’s what’s happening now. Sales are vaporizing. Careers are leaking air. Chelsea rents are due. The boom that was is no more.
Anyone with memories of recessions in the early 1970s and late ’80s knows that we’ve been here before, though not exactly here. There are reasons to think that the present crisis is of a different magnitude: broader and deeper, a global black hole. Yet the same memories will lend a hopeful spin to that thought: as has been true before, a financial scouring can only be good for American art, which during the present decade has become a diminished thing….
…And where is art in all of this? Proliferating but languishing. “Quality,” primarily defined as formal skill, is back in vogue, part and parcel of a conservative, some would say retrogressive, painting and drawing revival. And it has given us a flood of well-schooled pictures, ingenious sculptures, fastidious photographs and carefully staged spectacles, each based on the same basic elements: a single idea, embedded in the work and expounded in an artist’s statement, and a look or style geared to be as catchy as the hook in a rock song…
(full article appeared 2-15-2009 and may be found here: http://www.nytimes.com/2009/02/15/arts/design/15cott.html)

The current economic pit we find ourselves in will likely bring about a purging in many debris filled areas. Banks are being forced to follow the rules again. Businesses are cutting excess spending. Families are once again learning to live within their means. Artists may indeed find themselves returning to object oriented production. Object oriented artists may see the need to raise their level of craft, the quality of their ideas, and produce objects that more successfully communicate layers of beauty. The Conceptual Art that survives will almost certainly have to raise its standards as well.
Sam Cooke said, “A change is gonna come.” I am not deluded enough to think that this change will be pleasant or enjoyable in any way. Who knows how long this crisis will last and how many years beyond recovery until the art market once again picks up a reasonable pace. But I do believe artists of all kinds will benefit from enduring the process.
Posted by e-sketchbook at 7:32 PM No comments: 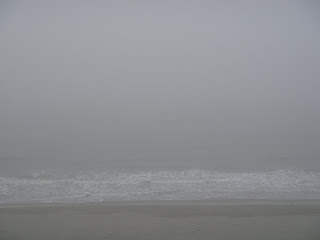 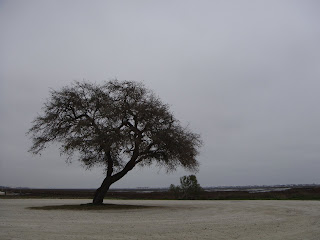 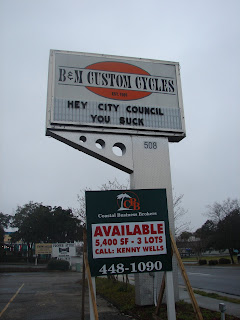 I've already mentioned this, but it bears repeating. Alf Ward is the coolest man on the planet. 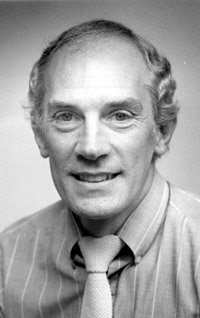 That's Alf up there in the photo. Sure he may look like a regular guy, but he uses his metalsmith superpowers to create things like this: 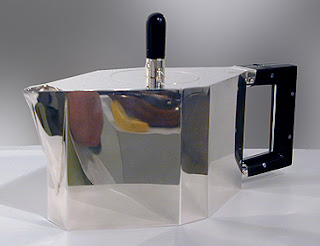 Last week I shared (with a room full of other people) the honor of listening to Alf speak about his life and his work. He is a gifted speaker and storyteller and though this was not my first time hearing him speak, I (and everyone else) hung on every word.
After his elegant telling I would never ruin those stories by attempting to retell them, but I thought I could toss out some of the notes I took so I might be able to remember them later...
Mick Jagger's dad was his teacher of metalsmithing and physical training
Mick, Keith (Richards), and Spencer Davis were his classmates.
Mick always had a cat with him.
Peter Blake was his drawing teacher.
WWII bomb shelter stories.
Anti Aircraft Guns next door. ("Thats a bloomin' racket out there tonight!")
Trading scrap metal from downed German fighters.
Downed German pilot coming in for tea with mum to wait until the police came to take him away.
In addition to these great stories, he also shared some of his ideas about art. He described art as a "journey into oneself" and described an artist's progress in art and design as the result of time and experience. He shared a former teacher's advice to "concentrate on uniqueness" because if you are true to yourself then you never have to worry about anyone copying you. He also mentioned a connection between what the artist creates and what the artist experiences in ever day life. He indicated that all of his work has to do with the basic language of being a human...relating to how we treat one another and how we deal with things in our lives and in our communities.
At the end he was asked how important drawing was to him as a metals artist. He responded with, "...to me, drawing is the most important thing".
Posted by e-sketchbook at 6:54 PM 5 comments: 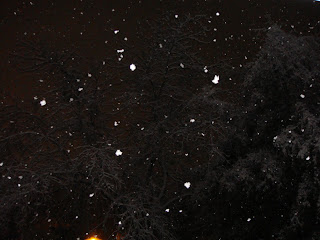 It is required of South Carolinians to act a little crazy when it snows. We do things like walk outside in the dark in our socks and take photos of the snow falling from the sky. 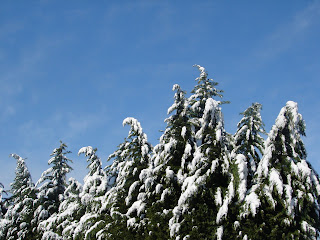 Then we marvel at how different ordinary things appear with a dusting of white. 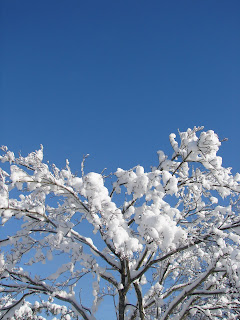 And while we're taking photos of the frozen beauty... 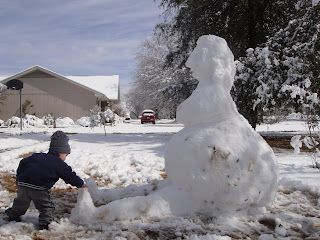 ...our children are making not so flattering snow portraits of their pregnant mothers. Completely his idea. I had no part in this. I submit this photo as evidence of my innocence.
Posted by e-sketchbook at 4:36 PM 1 comment: