the end of the long weekend

The time between graduation and Christmas moves quickly.  Kind of like a Friday and Saturday of a long weekend.  The days after Christmas slow down a little, sort of like Sunday afternoon when you realize you don't have to go to work the next day.  Or maybe not.  Either way, here's the rest of Christmas break: 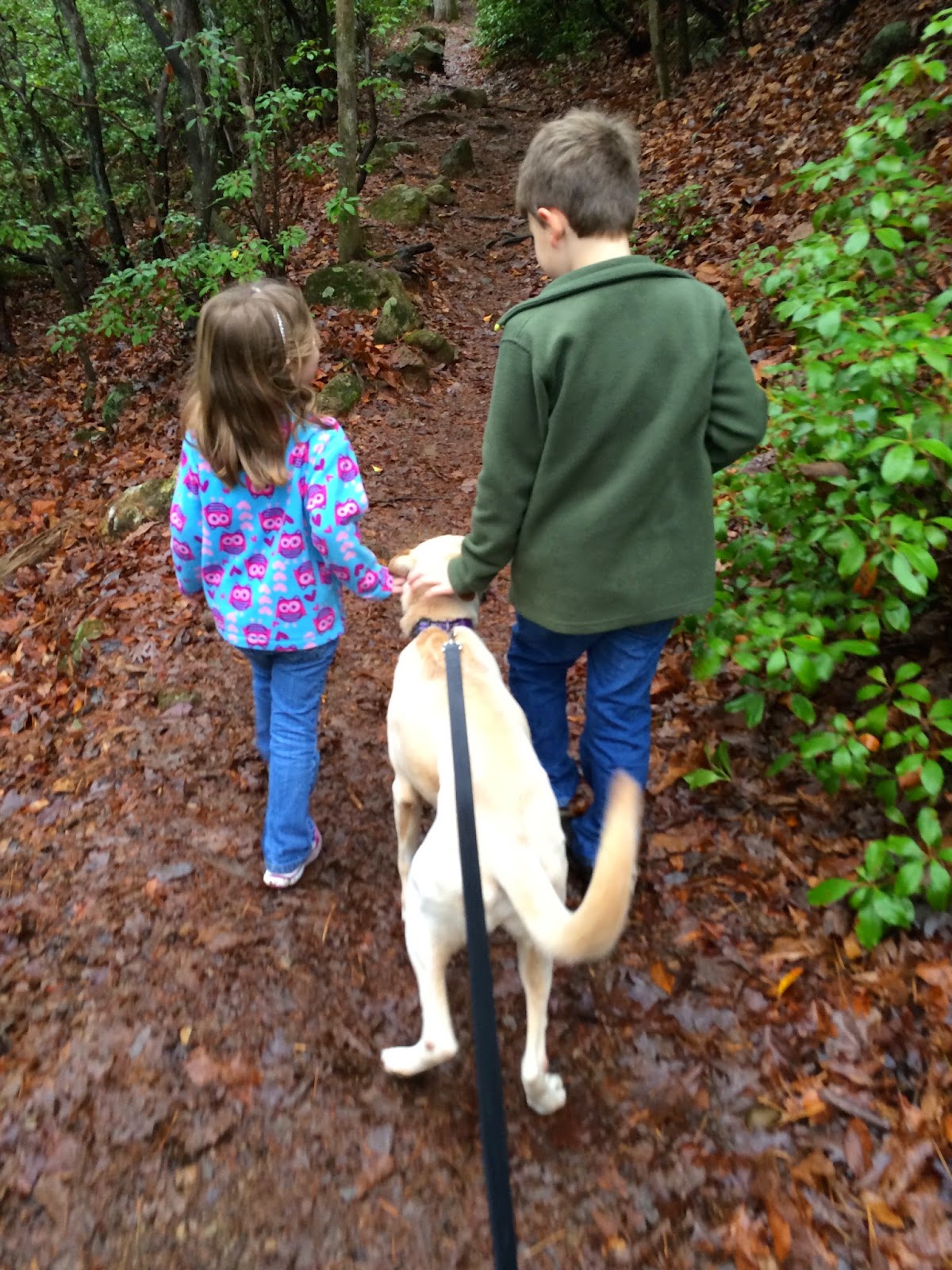 I've been entertaining Blue and Violet for the past couple of weeks.  Even after they were given a truckload of toys and noise making things as gifts, they jumped at the suggestion of going hiking.  The weather people conspired to give us cold rain almost every day of their school vacation...I'm guessing that's why they were so eager to get out of the house. 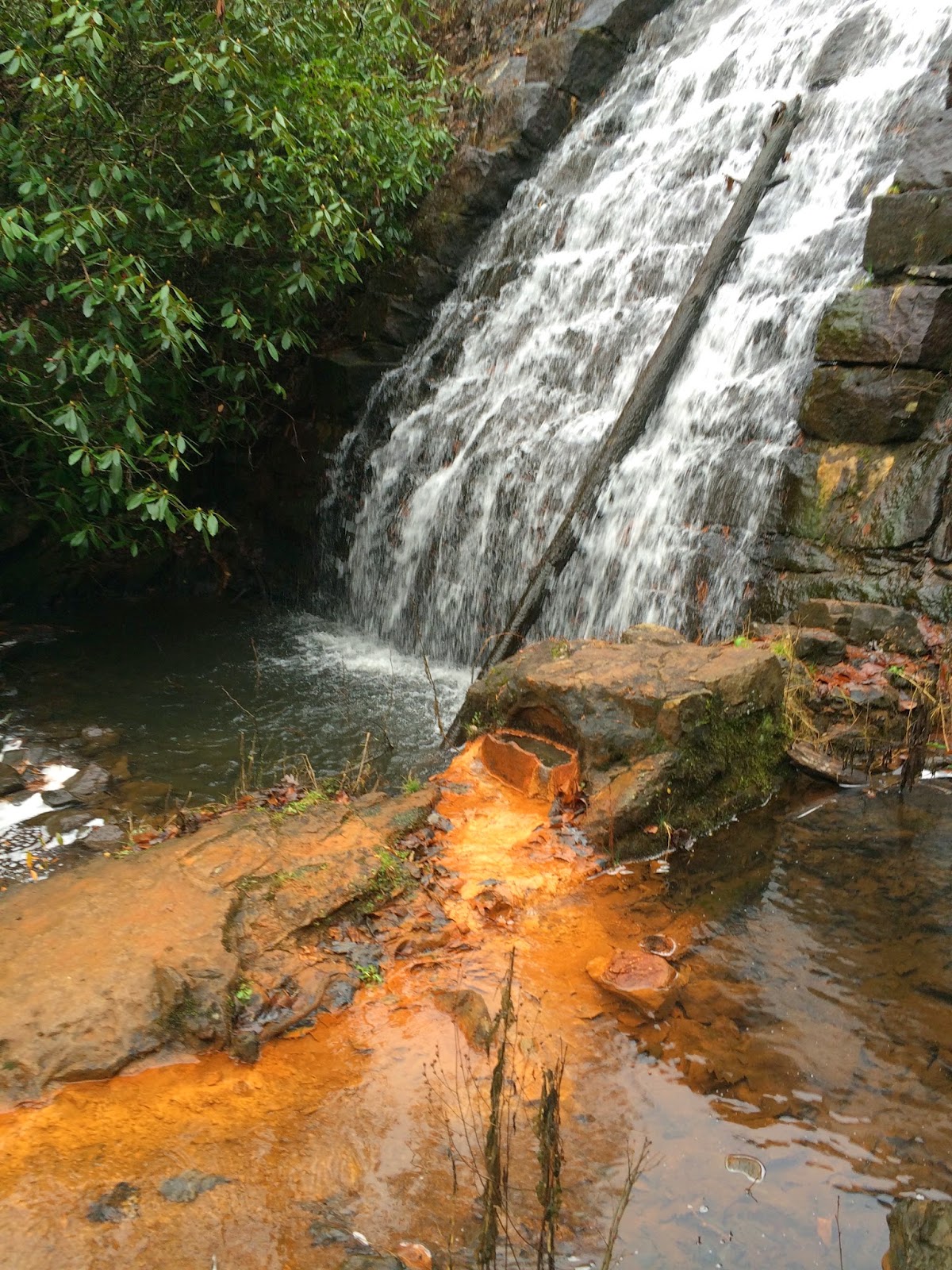 We explored Paris Mountain State Park on a day when the forecast was for a cold rain.  The weather people lied and the sun even came out for a bit. 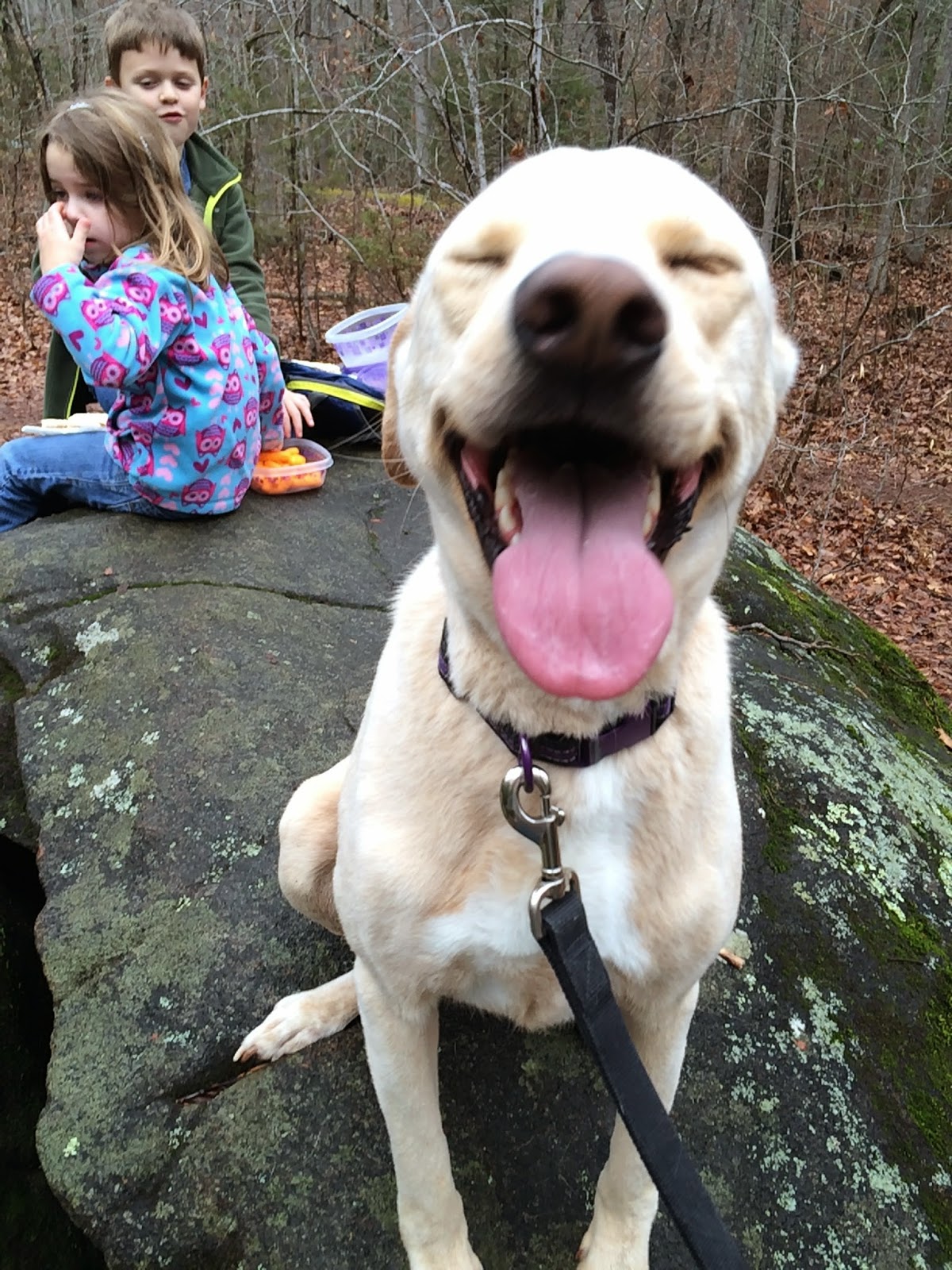 Zeke was also happy to be hiking again.  He also likes being close to the kids when they are eating. 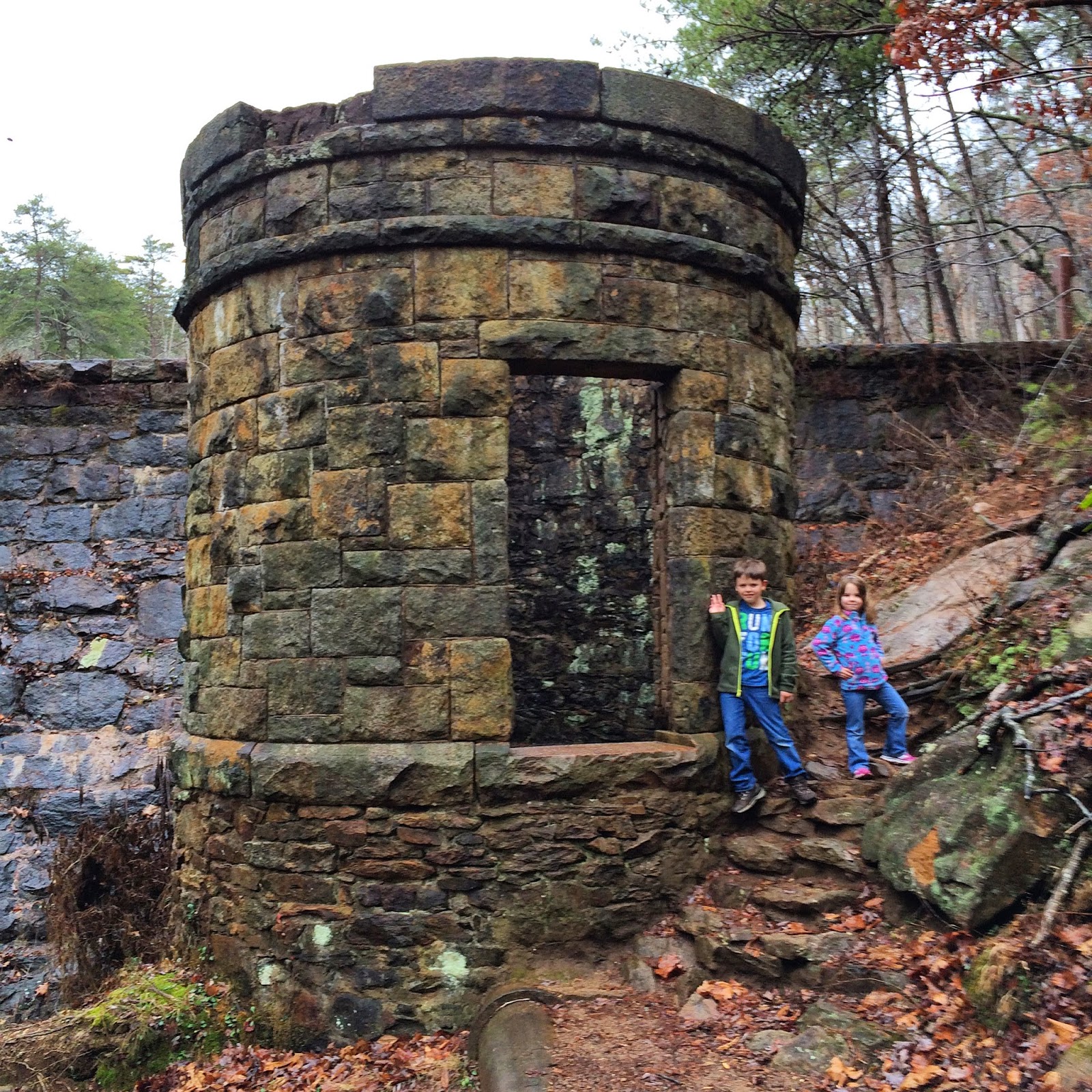 Blue and Violet by the old pump house. 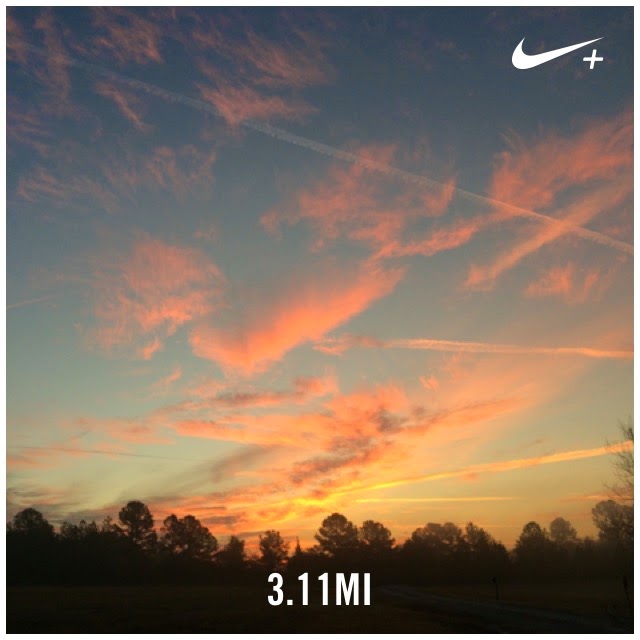 G surprised us with a last minute chance to get out of town for New Years Eve.  An early departure meant an early run which featured a nice sunrise for the last day of the year. 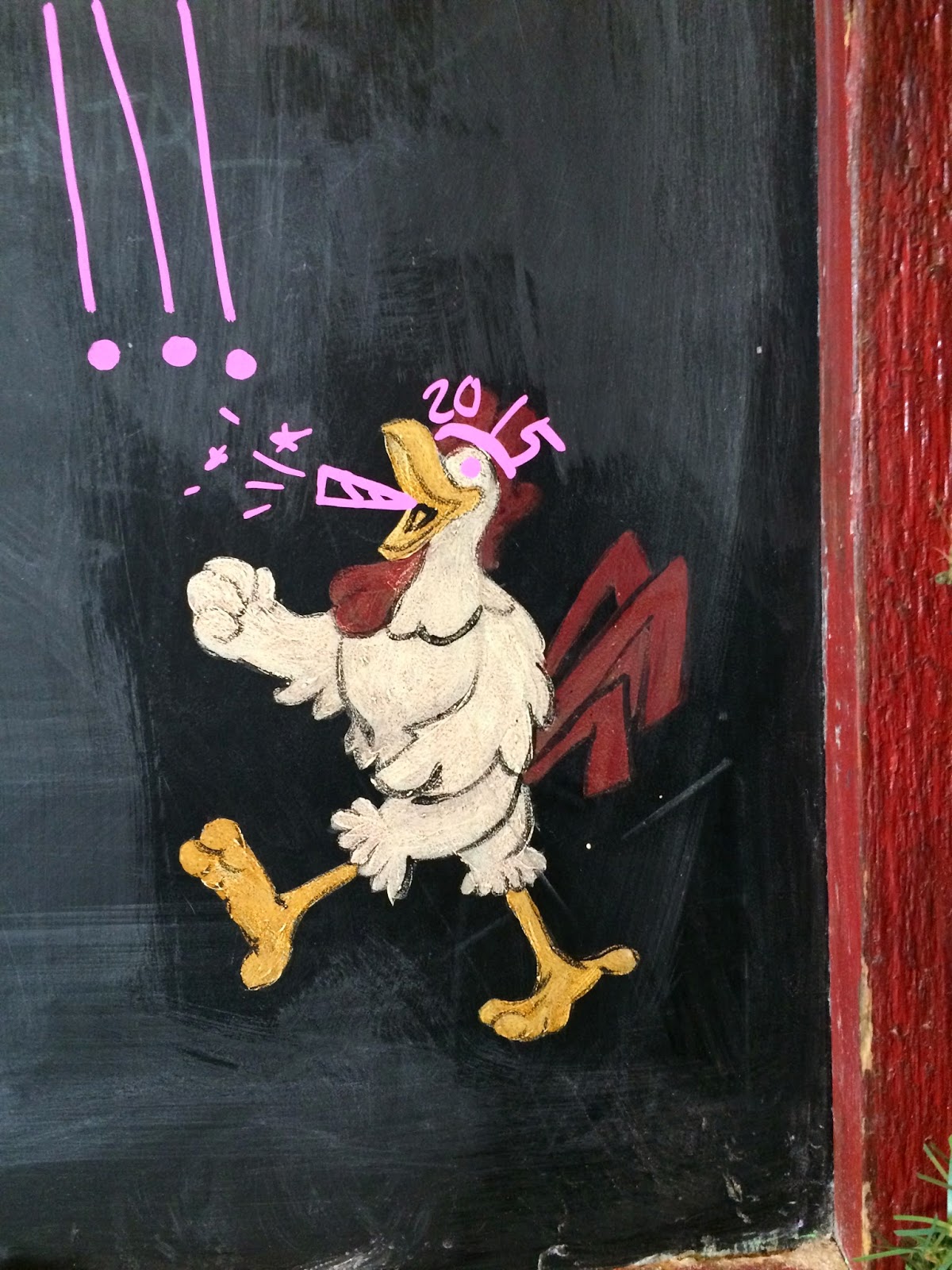 G's New Year's Eve request was lunch at her favorite place in Charleston, The Kickin' Chicken. 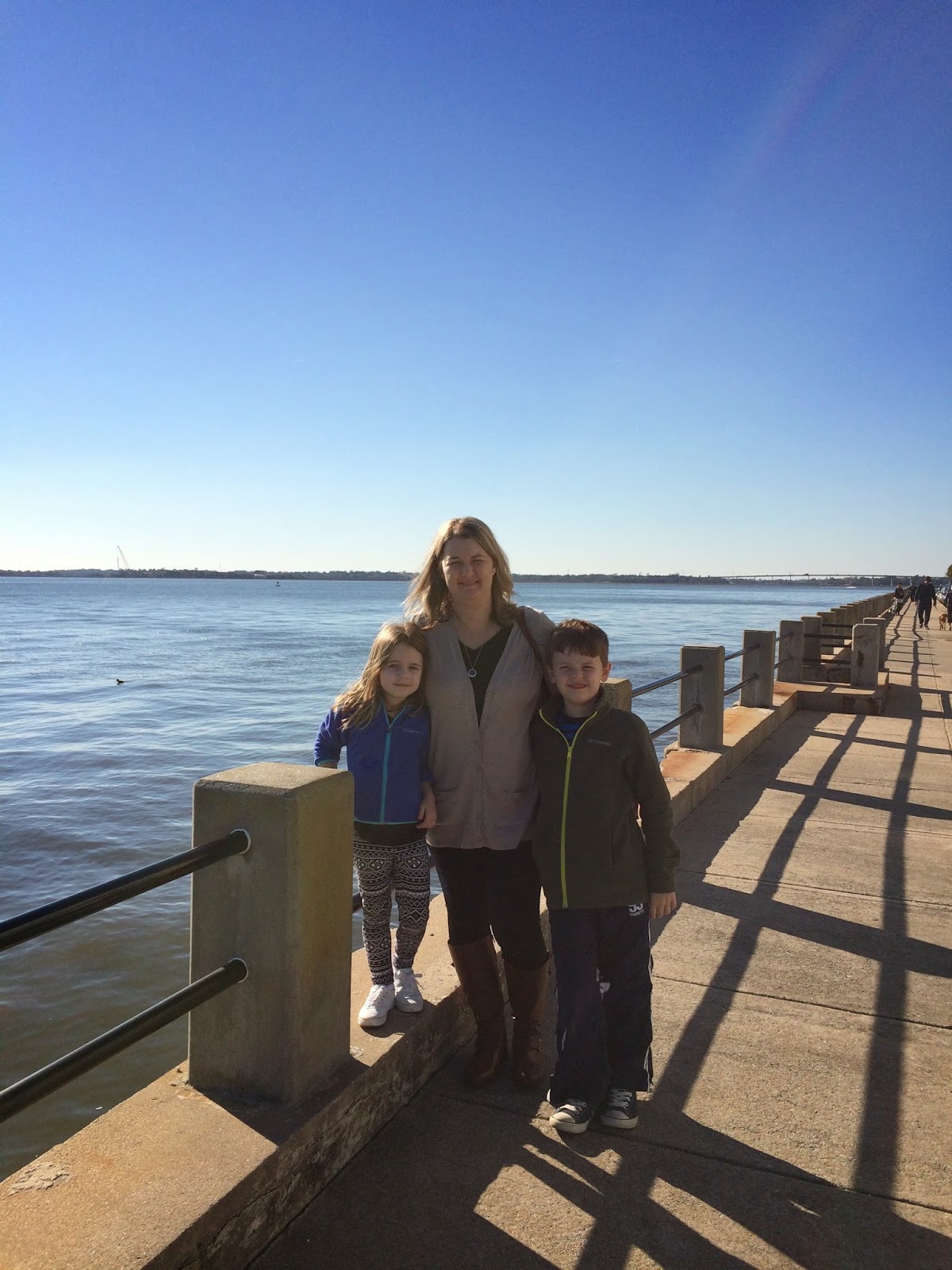 We've deprived the kids by not taking them with us to Charleston often enough.  We tried to give them history lessons, but we mostly told them about pirates being hung from trees. 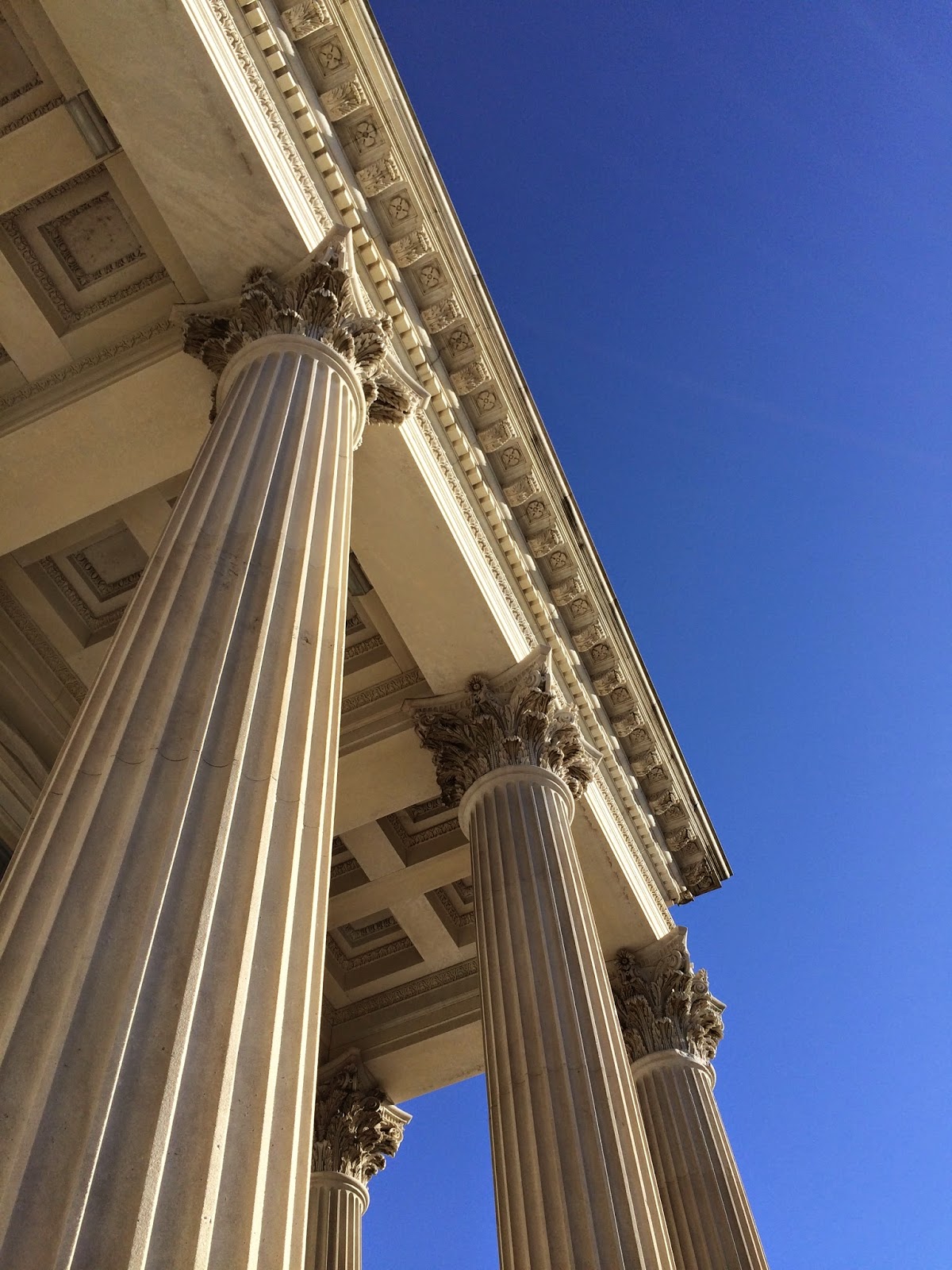 But we showed them the things you're supposed to see in Charleston. 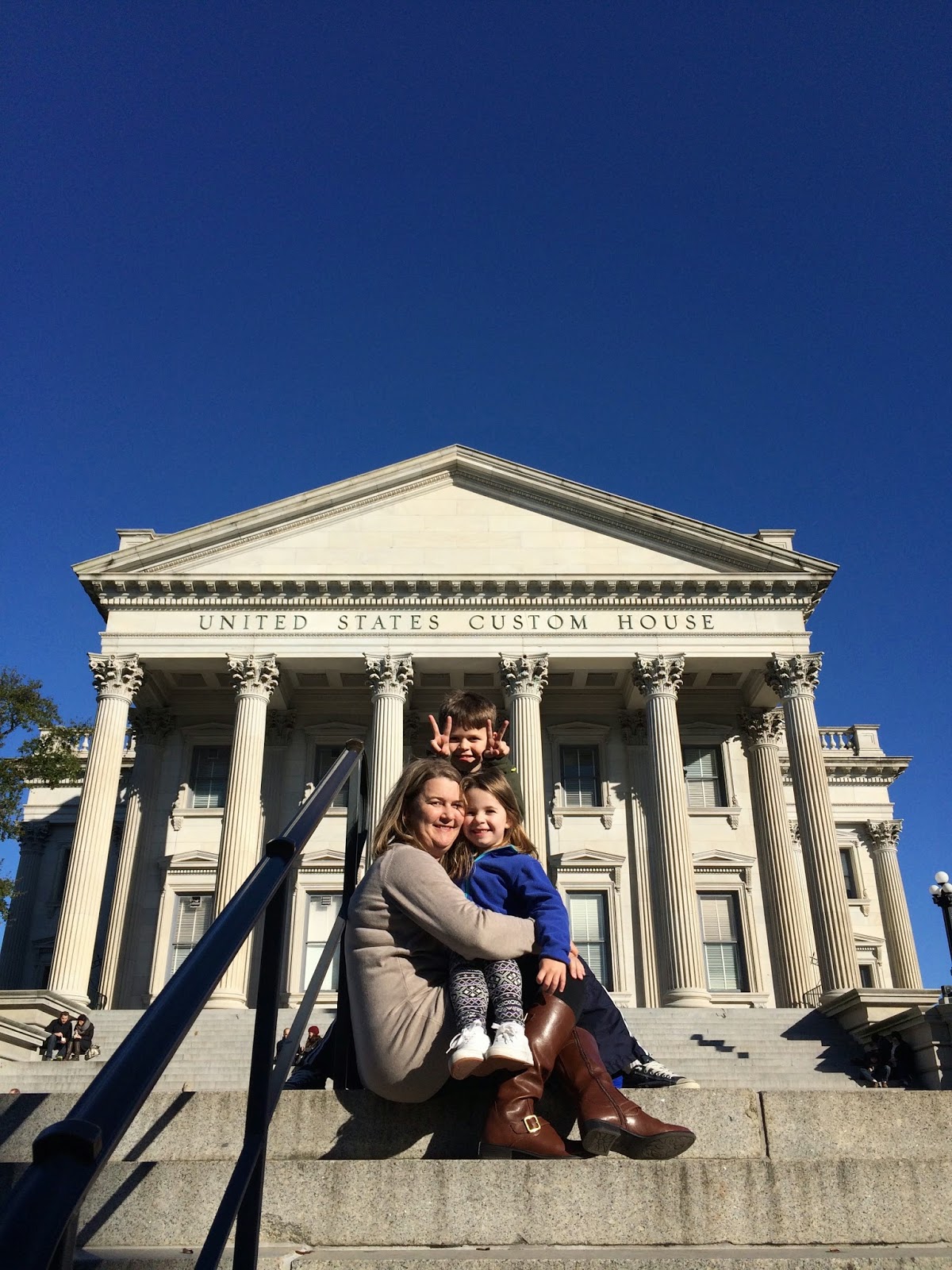 And Blue is either impersonating Nixon or giving rabbit ears. 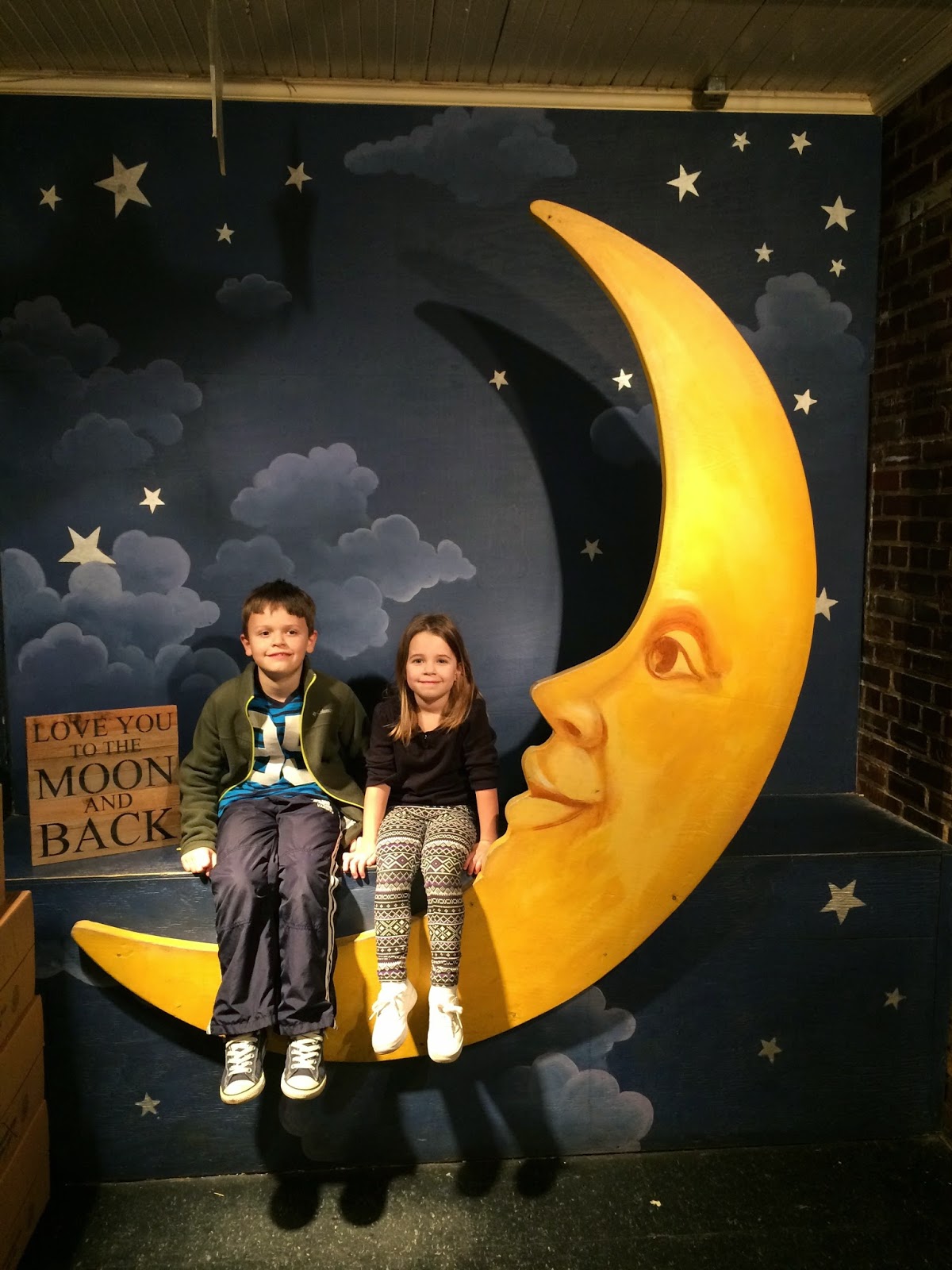 And we got to go to the Moon Pie store to get some more Moon Pie coffee. 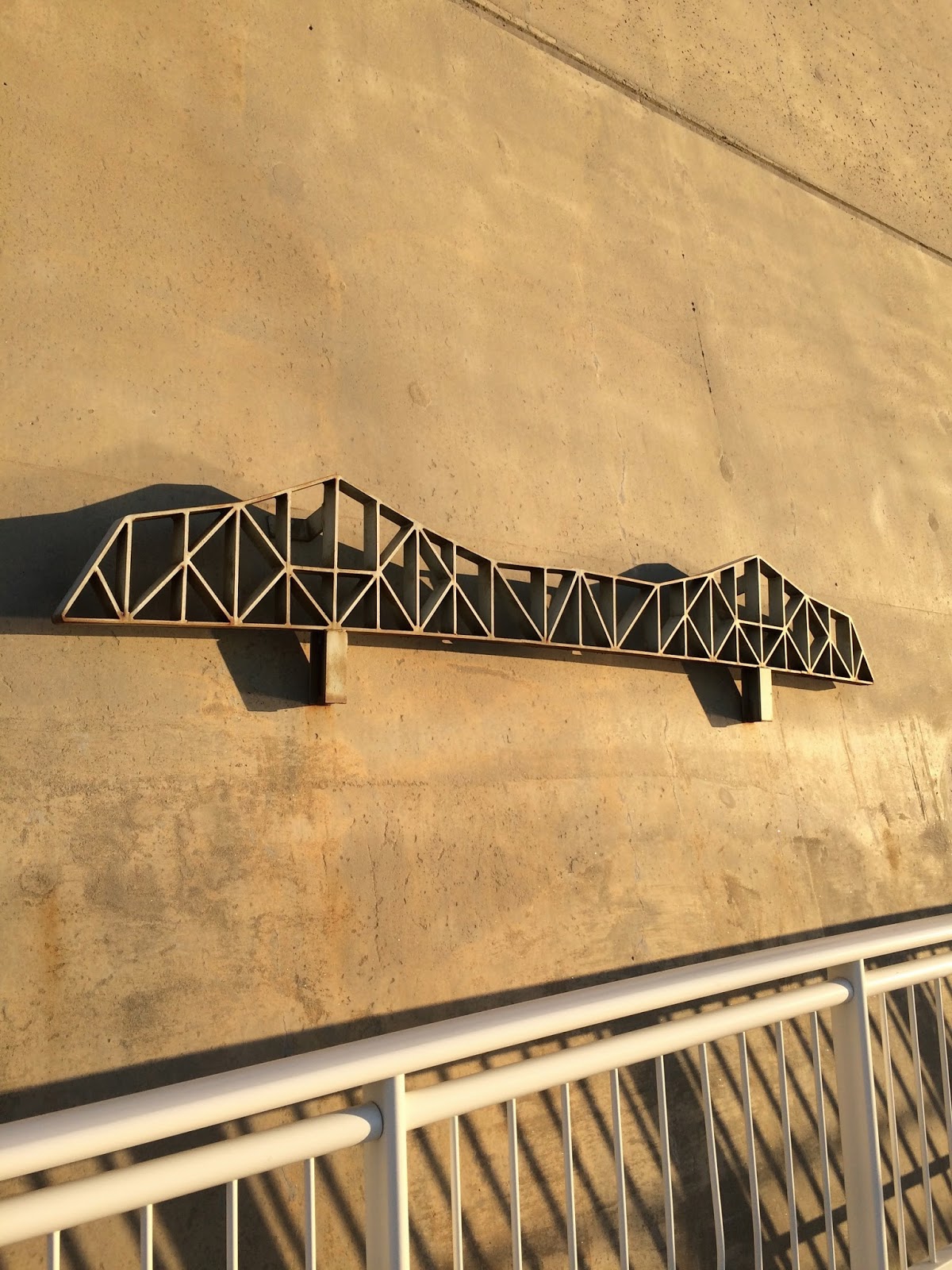 The first run of the new year was across the Cooper River bridge.  Brother Daniel and I did the bridge run and few years ago but this was the first time I ran it using the pedestrian lane on the edge.  There were two metal sculptures there to honor the old steel bridge. 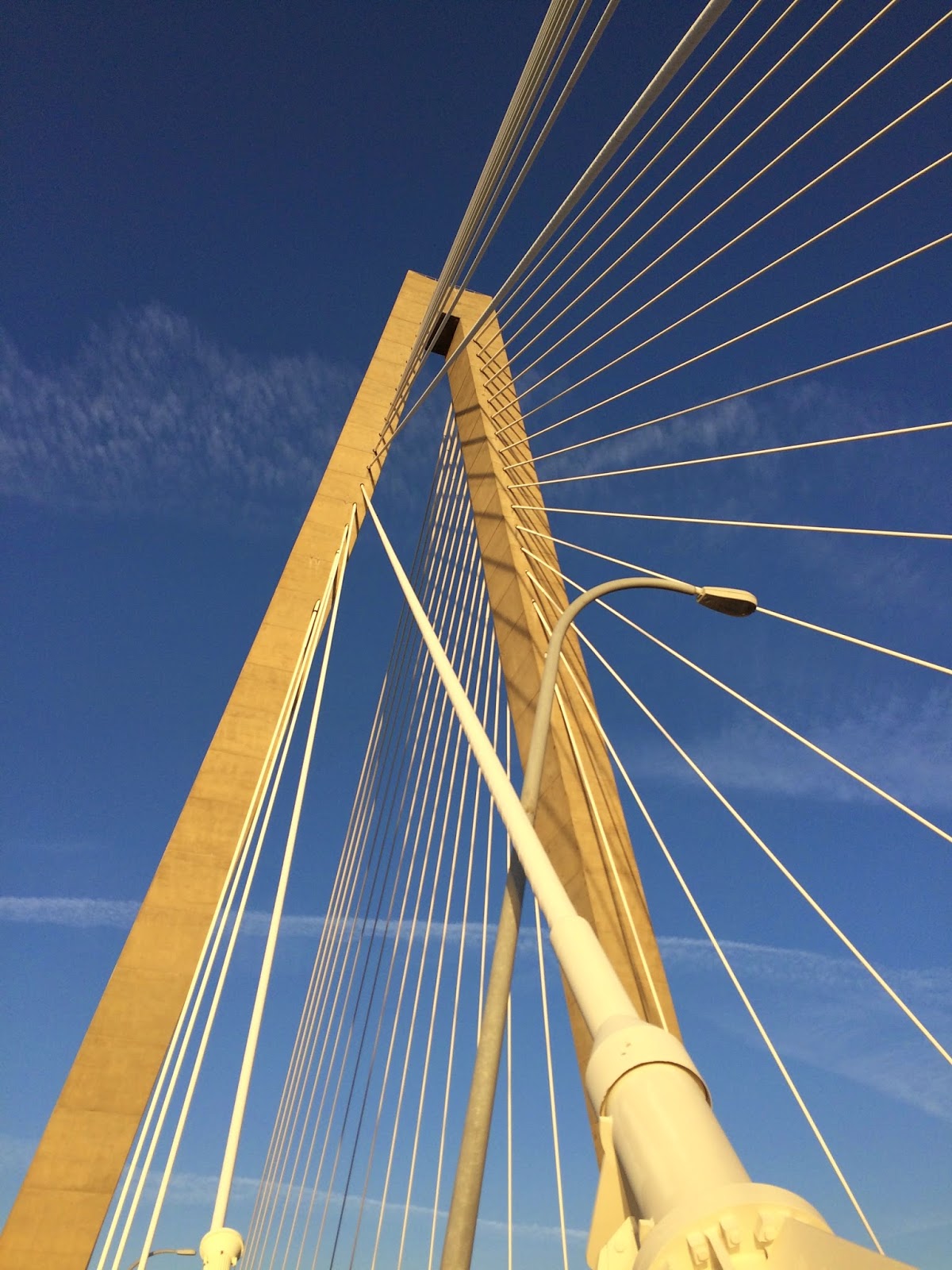 It was a beautiful run. 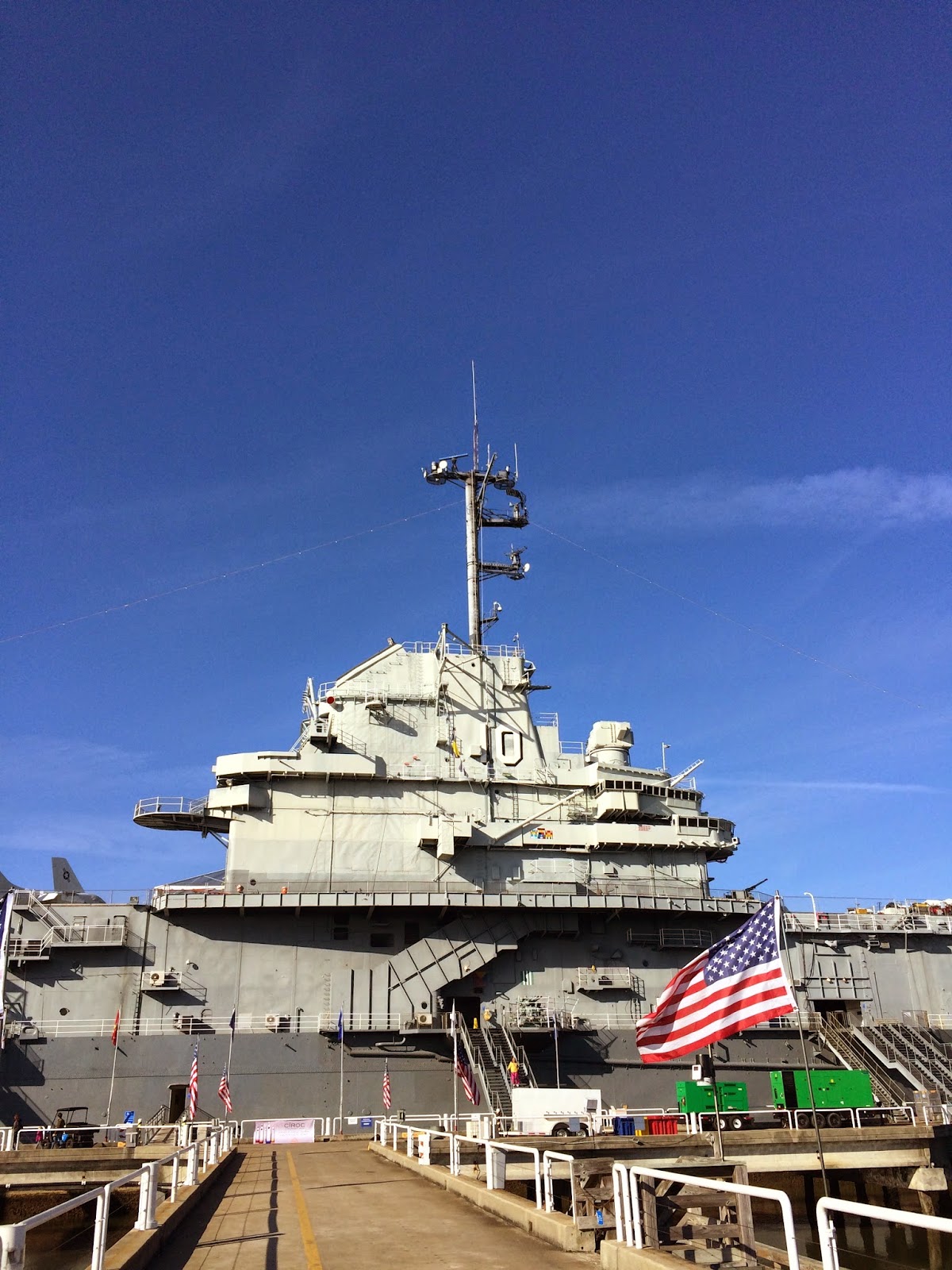 We toured the USS Yorktown. 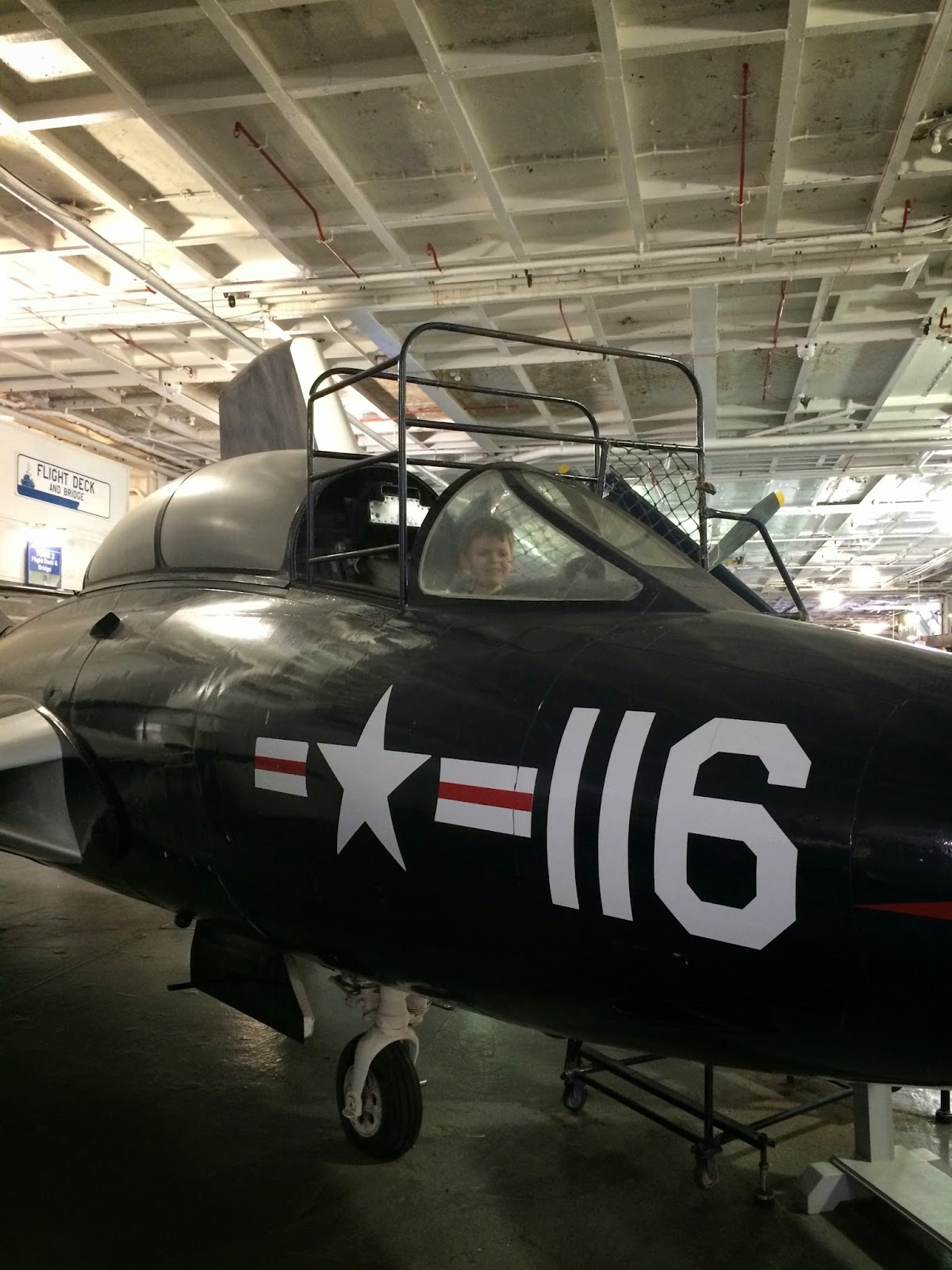 Blue got to fly a jet. 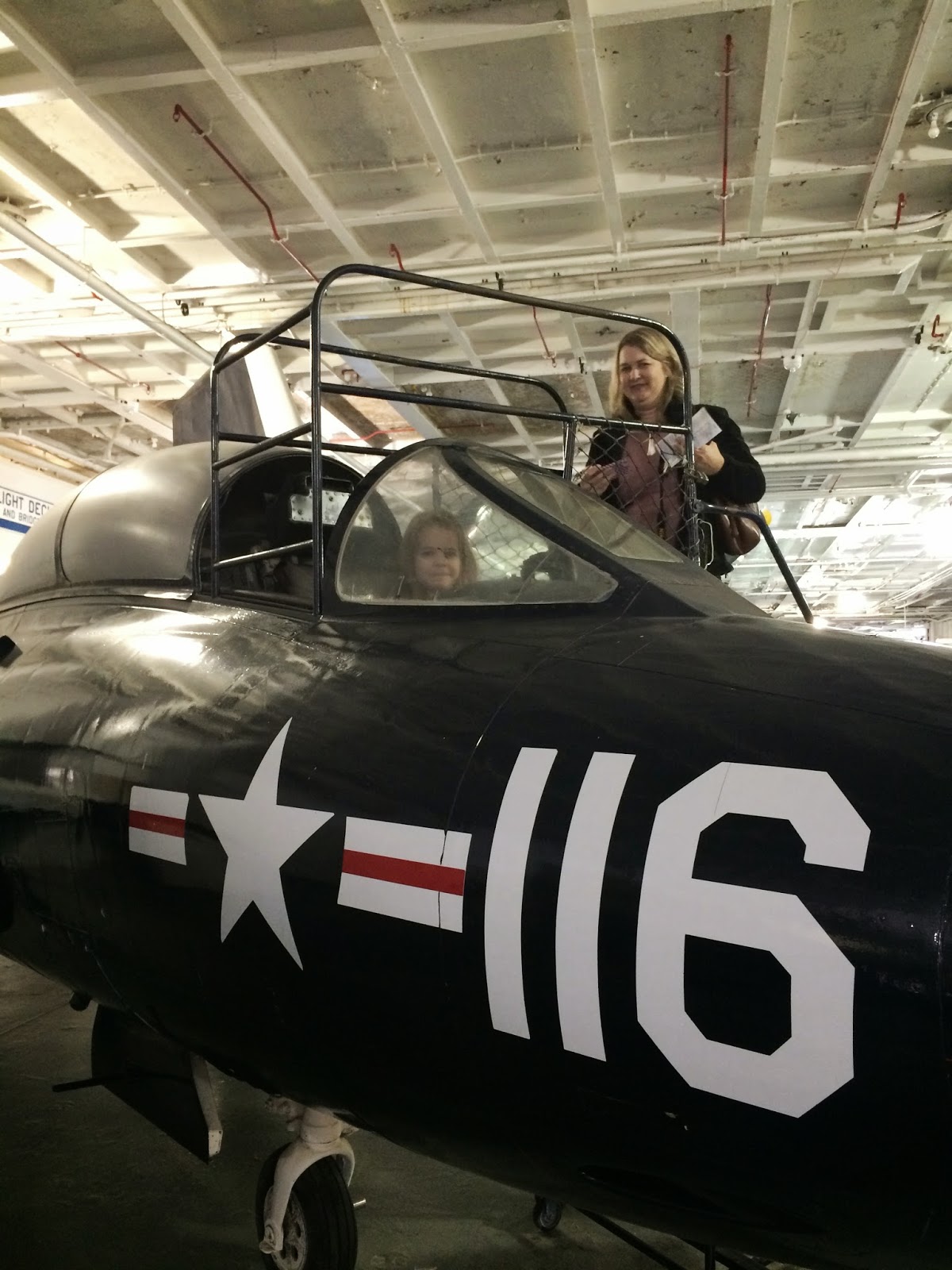 Then Violet had to give it a try. 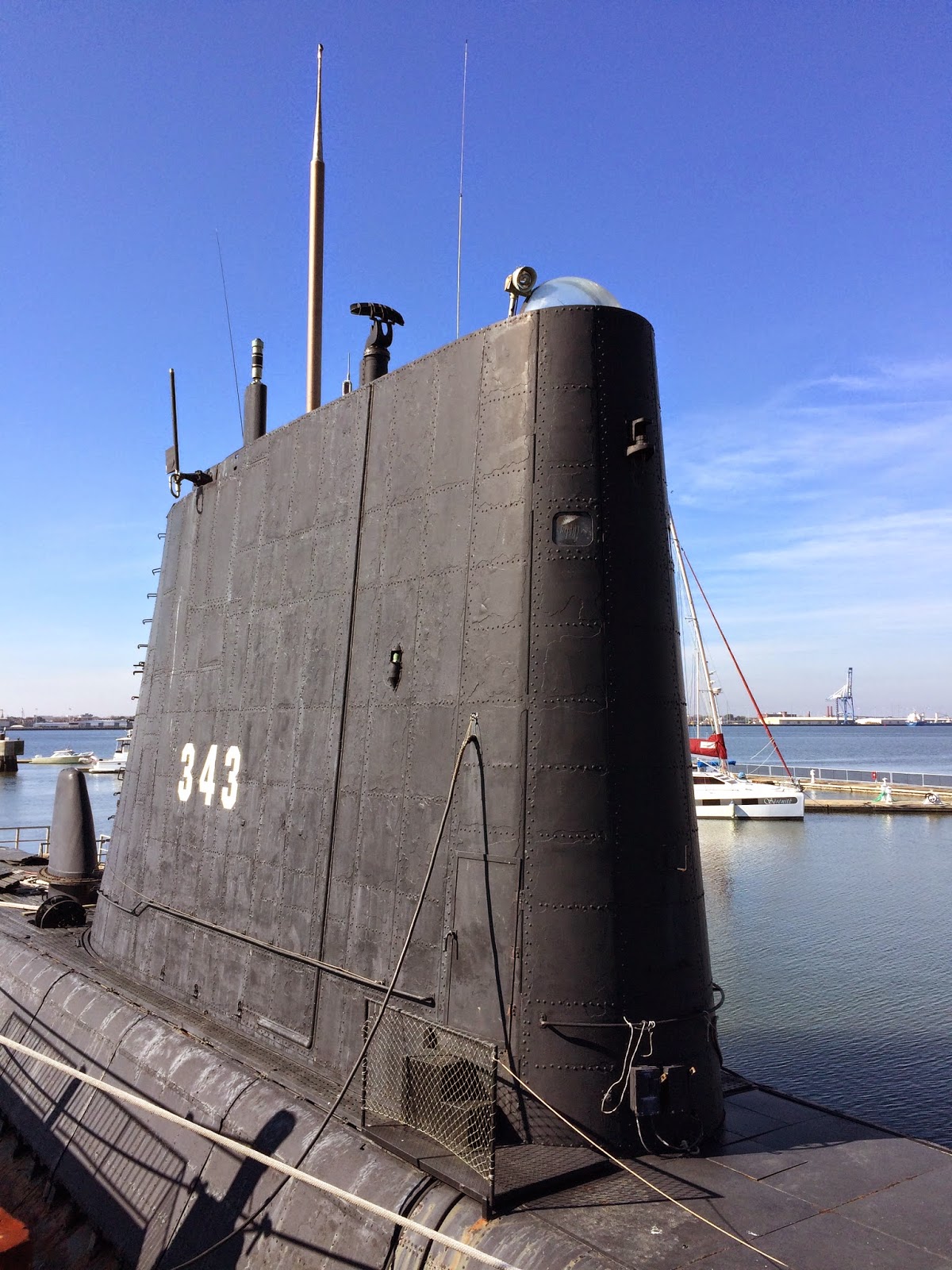 We climbed down through the submarine too. 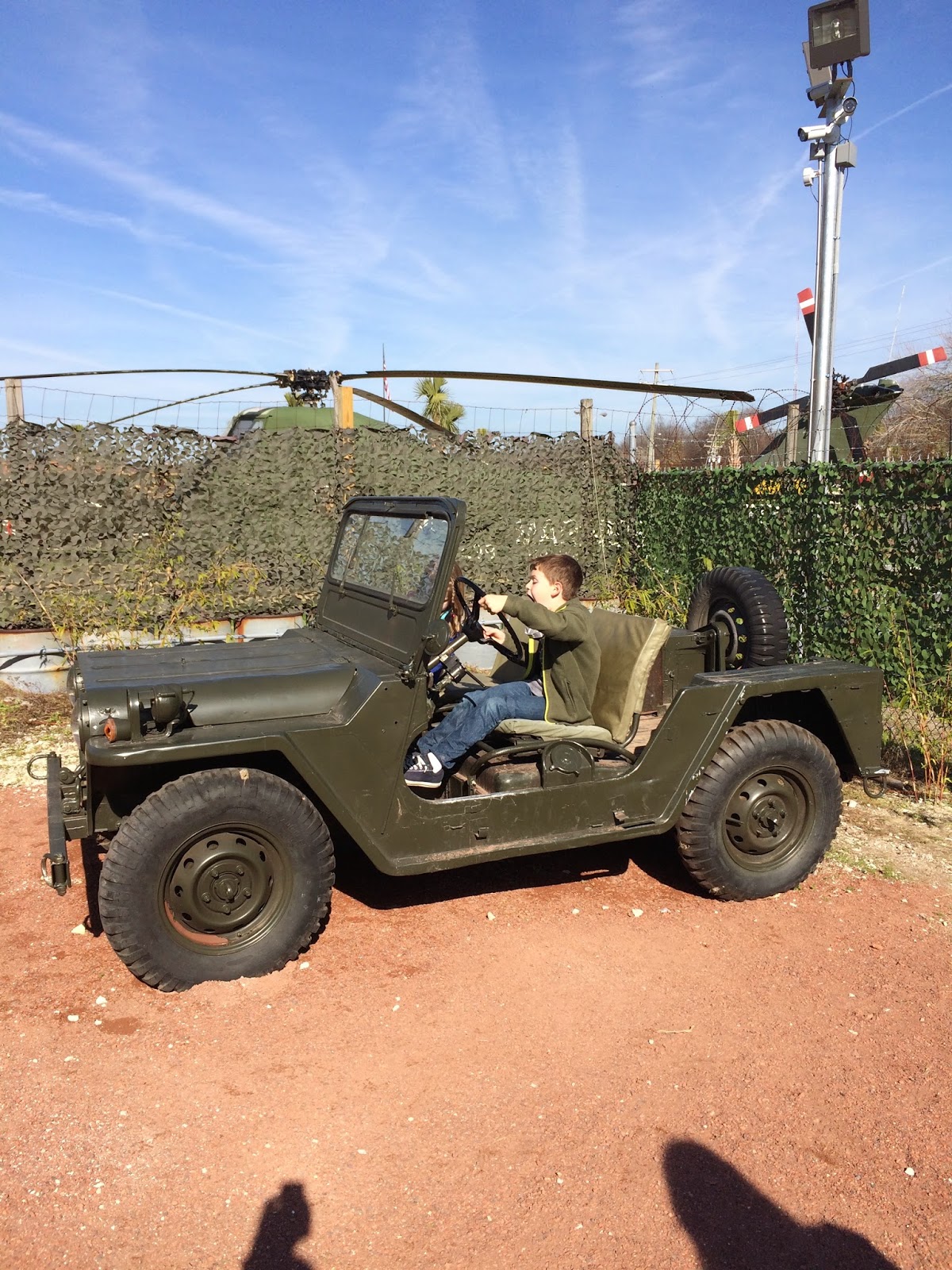 G thought it would be a good time to let Blue start driving. 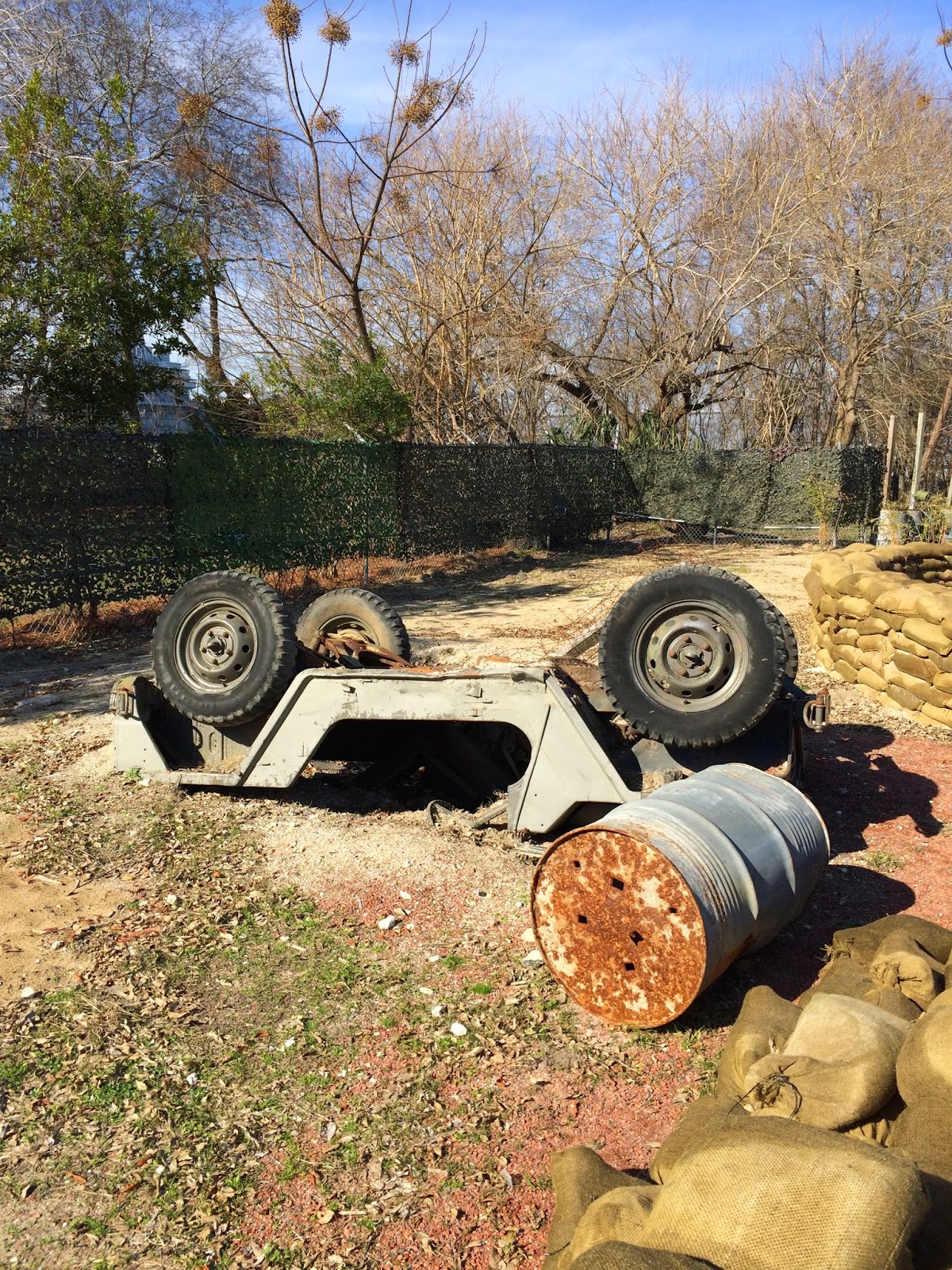 Didn't turn out so great. 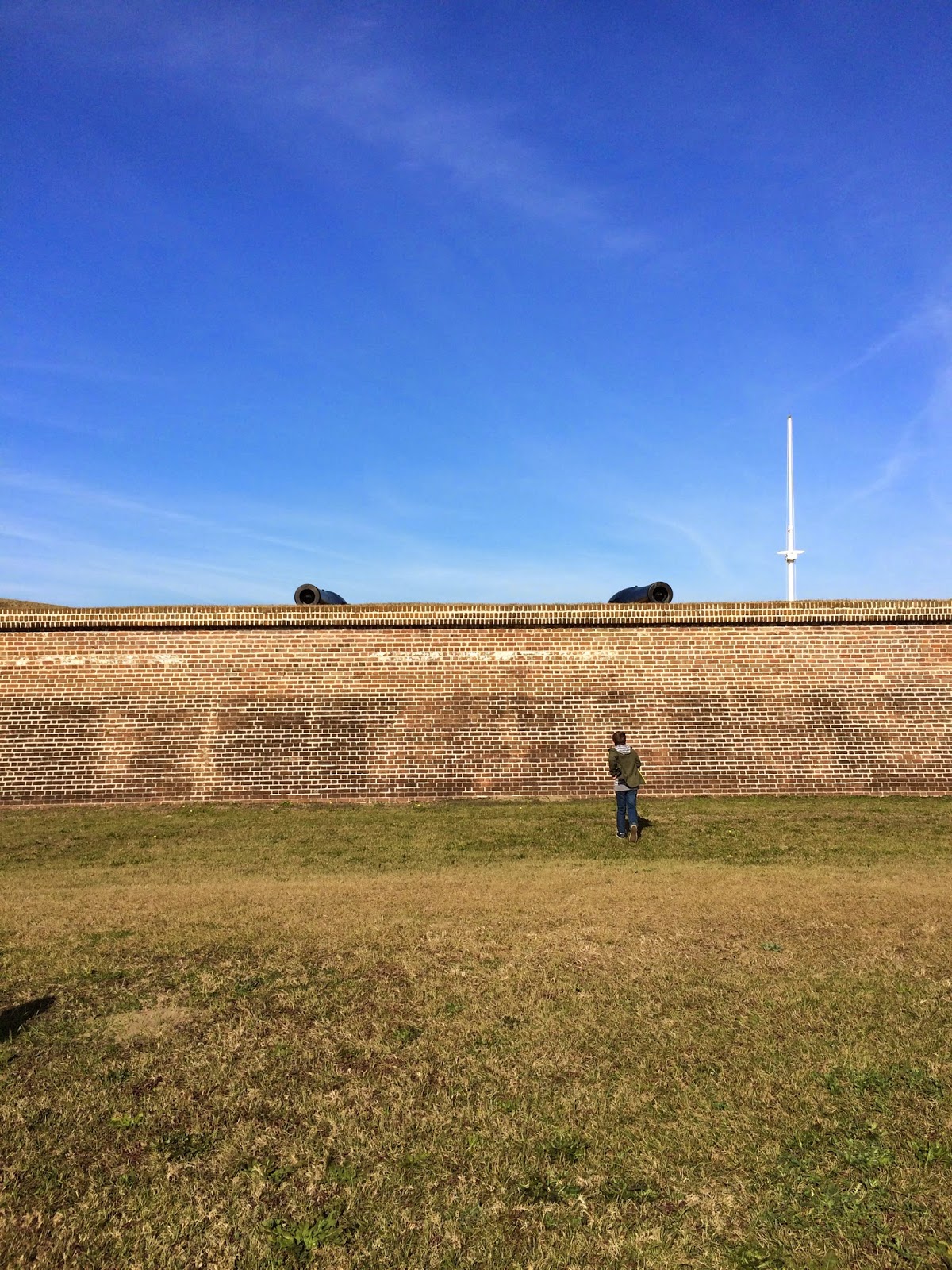 This whole trip was fun but New Year's Day was really goofy.  We spent the morning doing the Yorktown stuff and then thought it would be cool to drive out to Sullivan's Island for lunch and then to hang out on the beach.  When we crossed over to the island we thought it was strangely crowded with cars.  And then people.  And then people in very odd costumes.  It got weird quick.  It was too late to turn around and all we could do was go with the flow of traffic.  The island was packed for the Polar Bear Plunge and the apparent day of drinking that followed.  We moved away from the crowd and explored Fort Moultre. 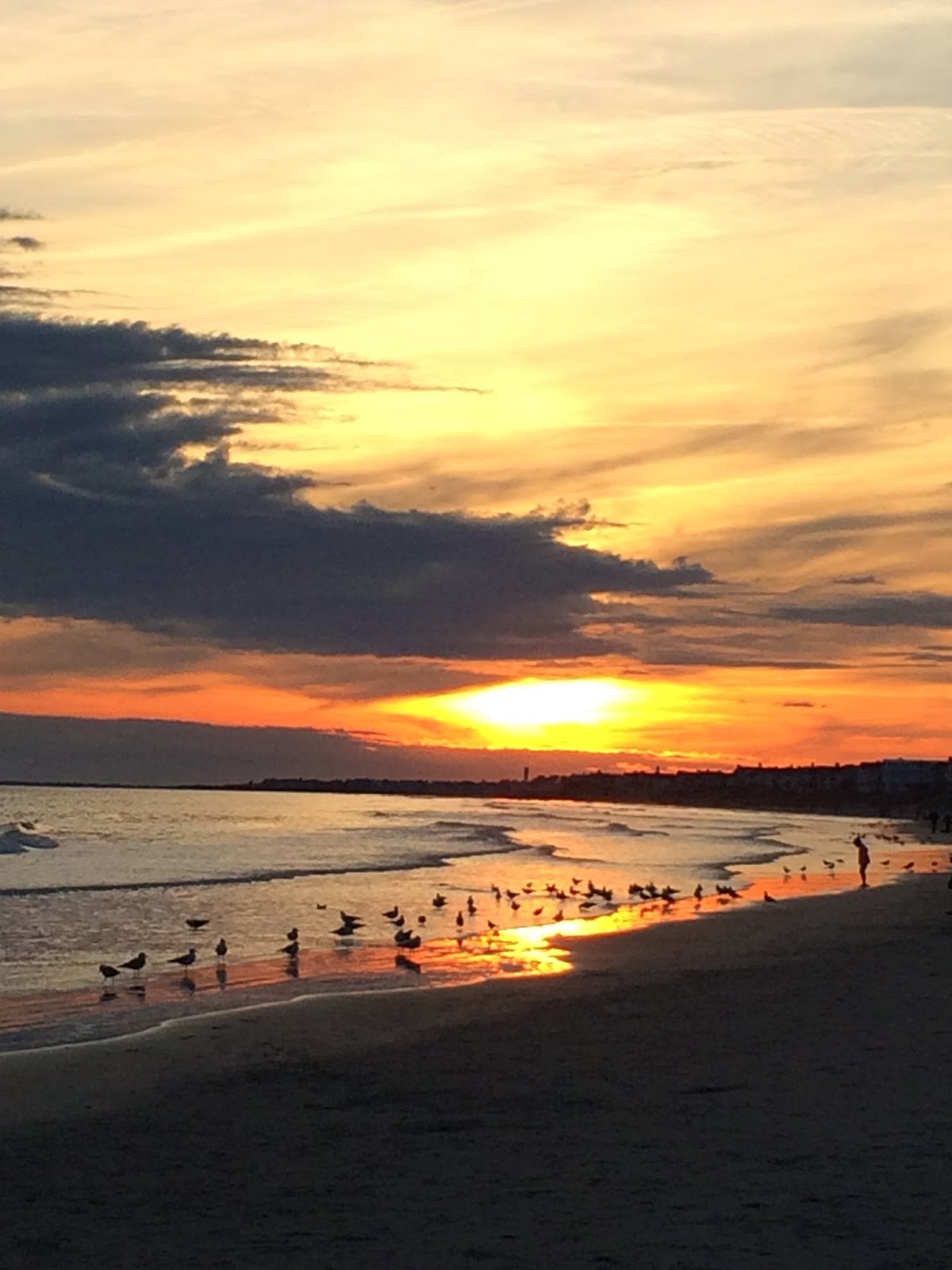 We eventually escaped and watched dolphins while we ate seafood.  For dessert we tried our luck at the Isle of Palms and found this awesome sunset. 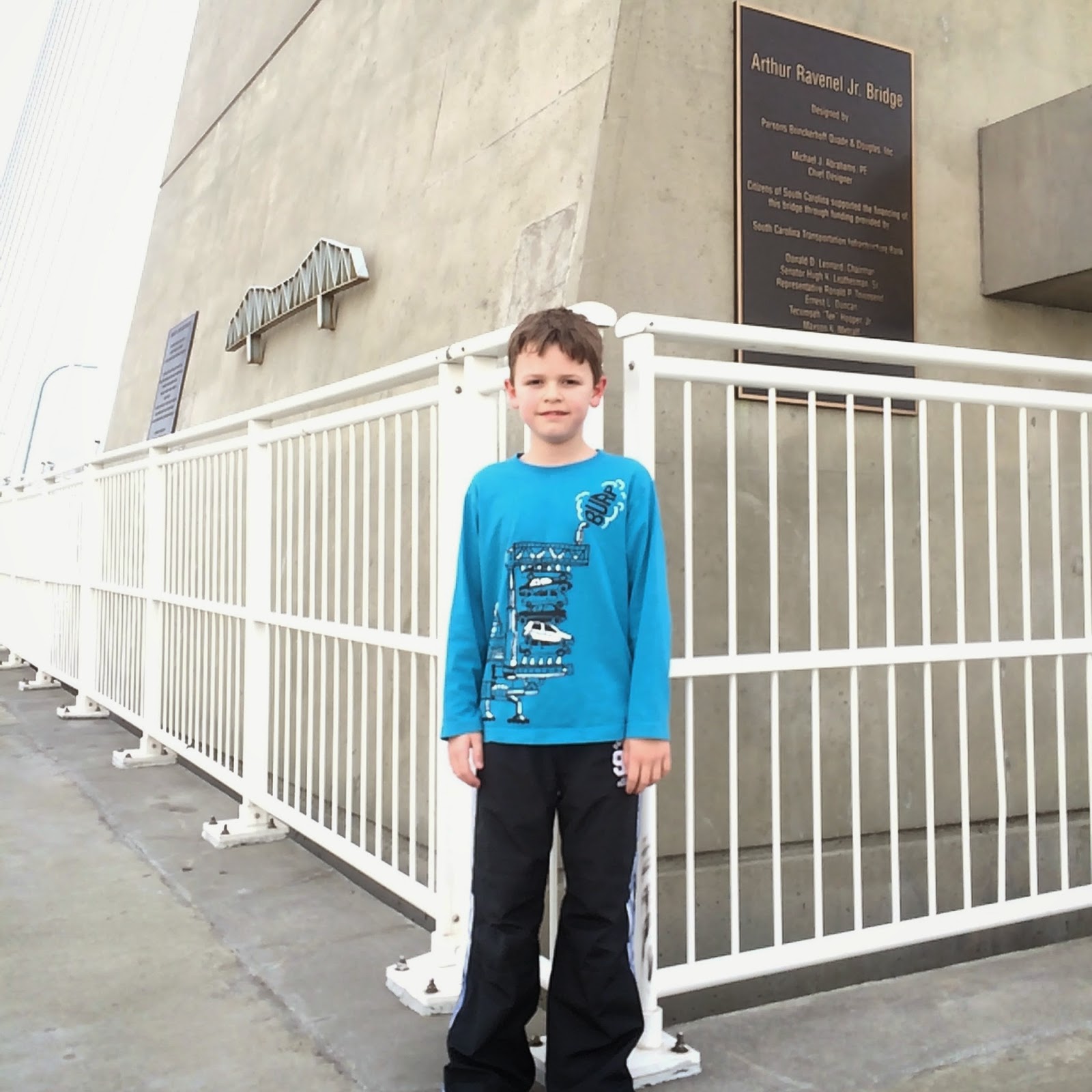 Blue was itching to run on the bridge.  The next morning after my run I grabbed him and we did a short second run.  He loved it. 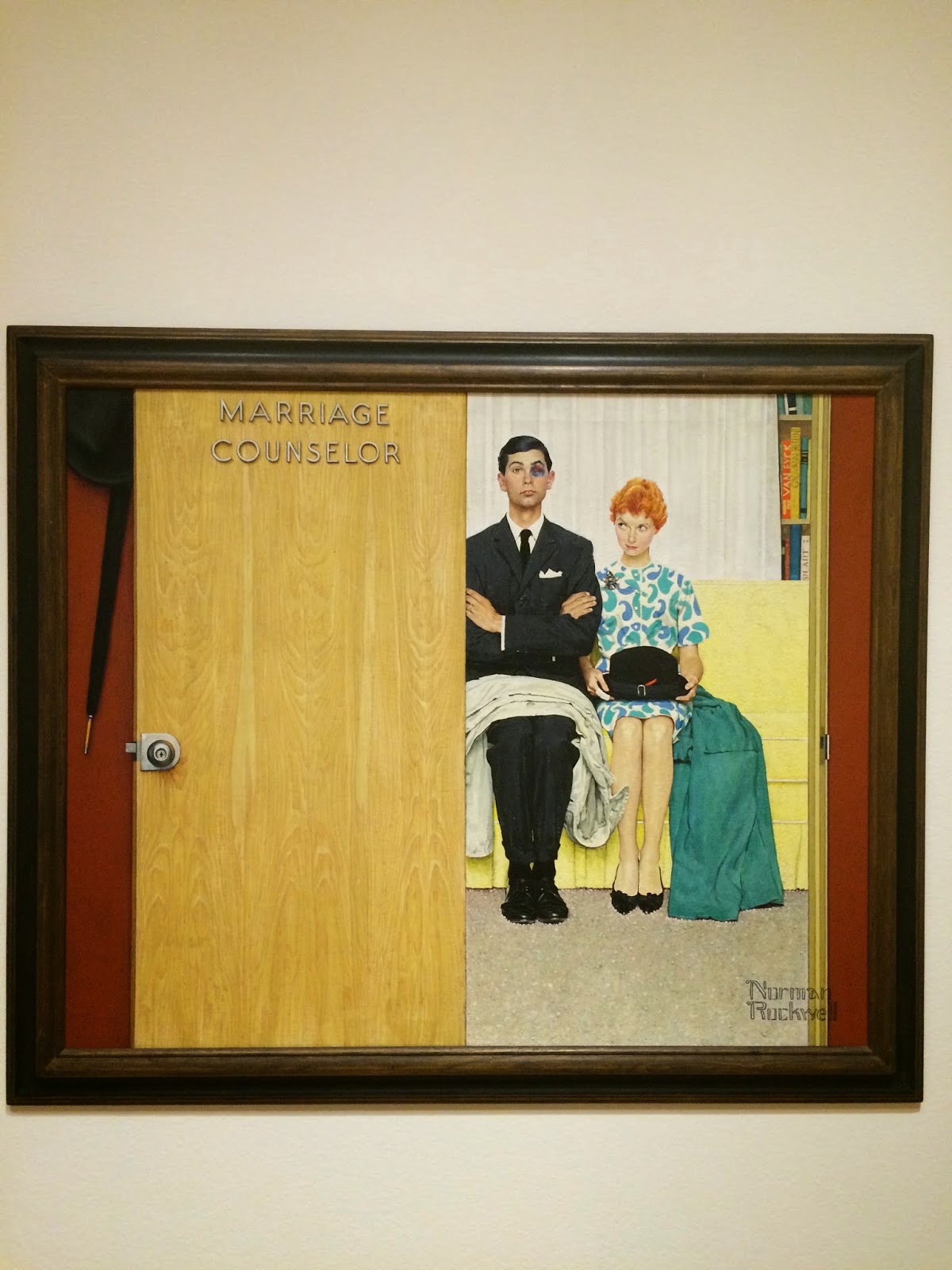 On the way back home we stopped at the Columbia Museum of Art to see the Norman Rockwell exhibit.  This one was my favorite. 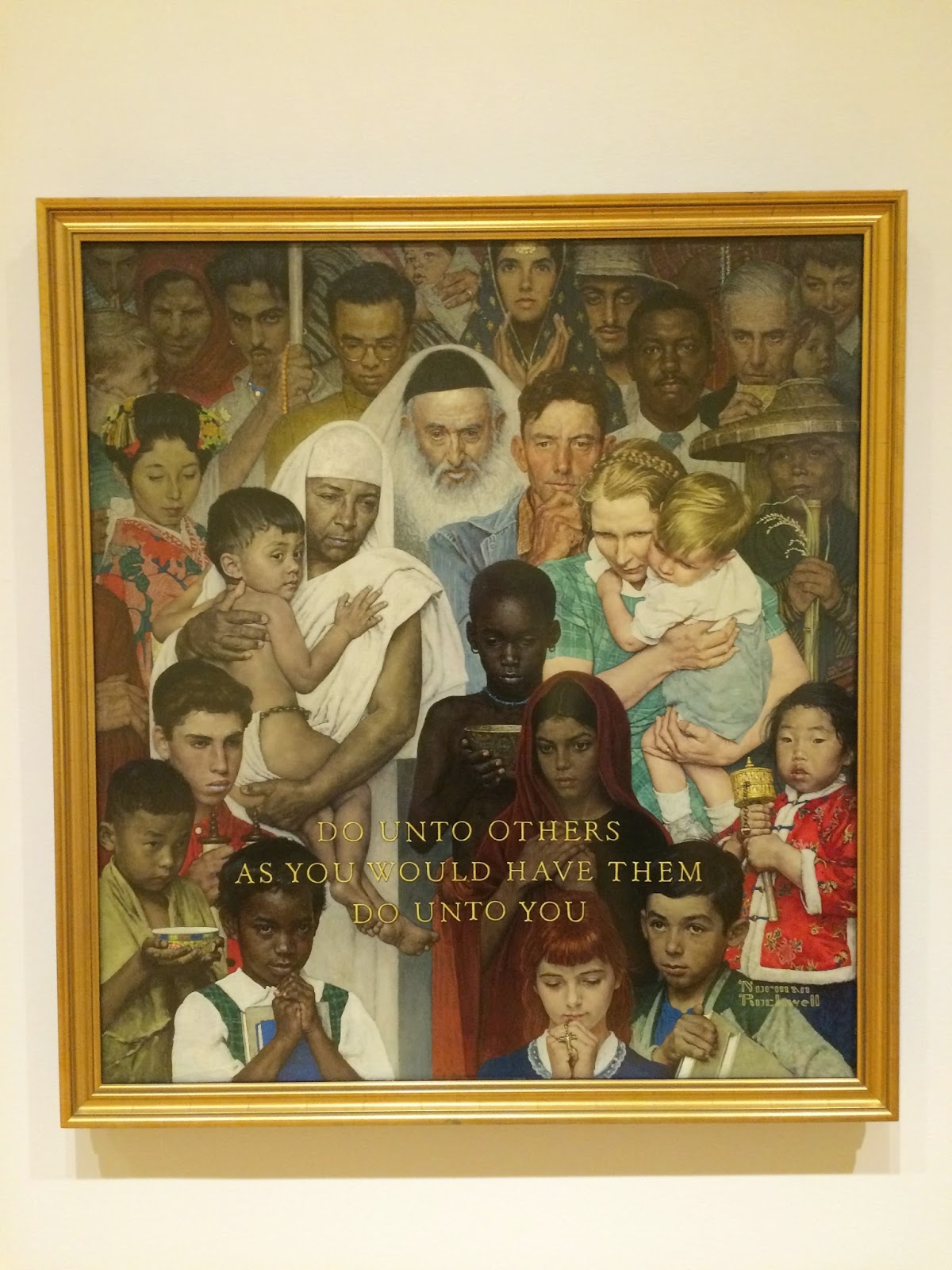 It was great to see the large oil paintings and to see how his work changed over his career. 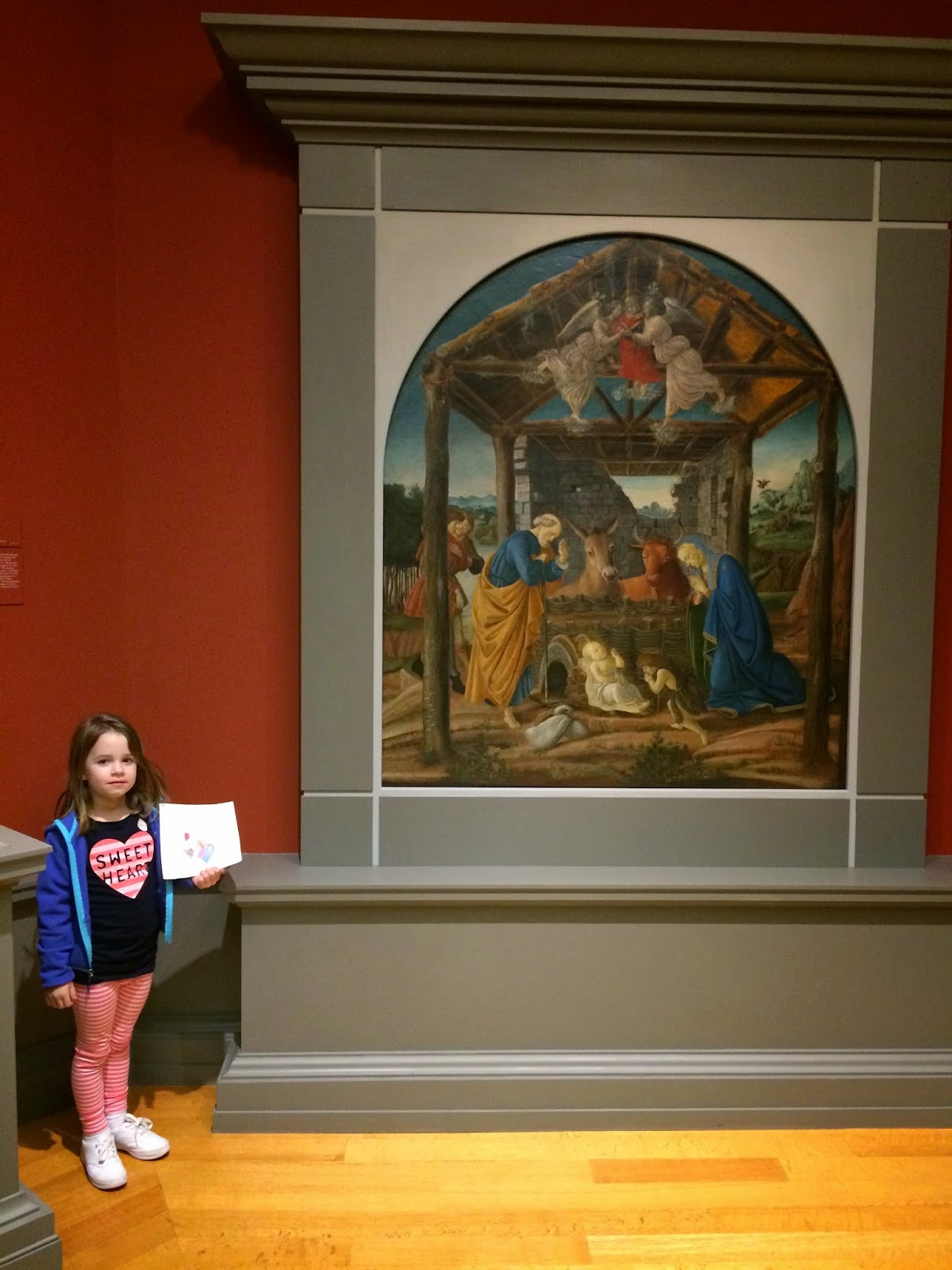 Violet recognized the Nativity paintings from the permanent collection and sat down to draw her own masterpiece.  She was sure to color Mary blue just like Art History says she should be. 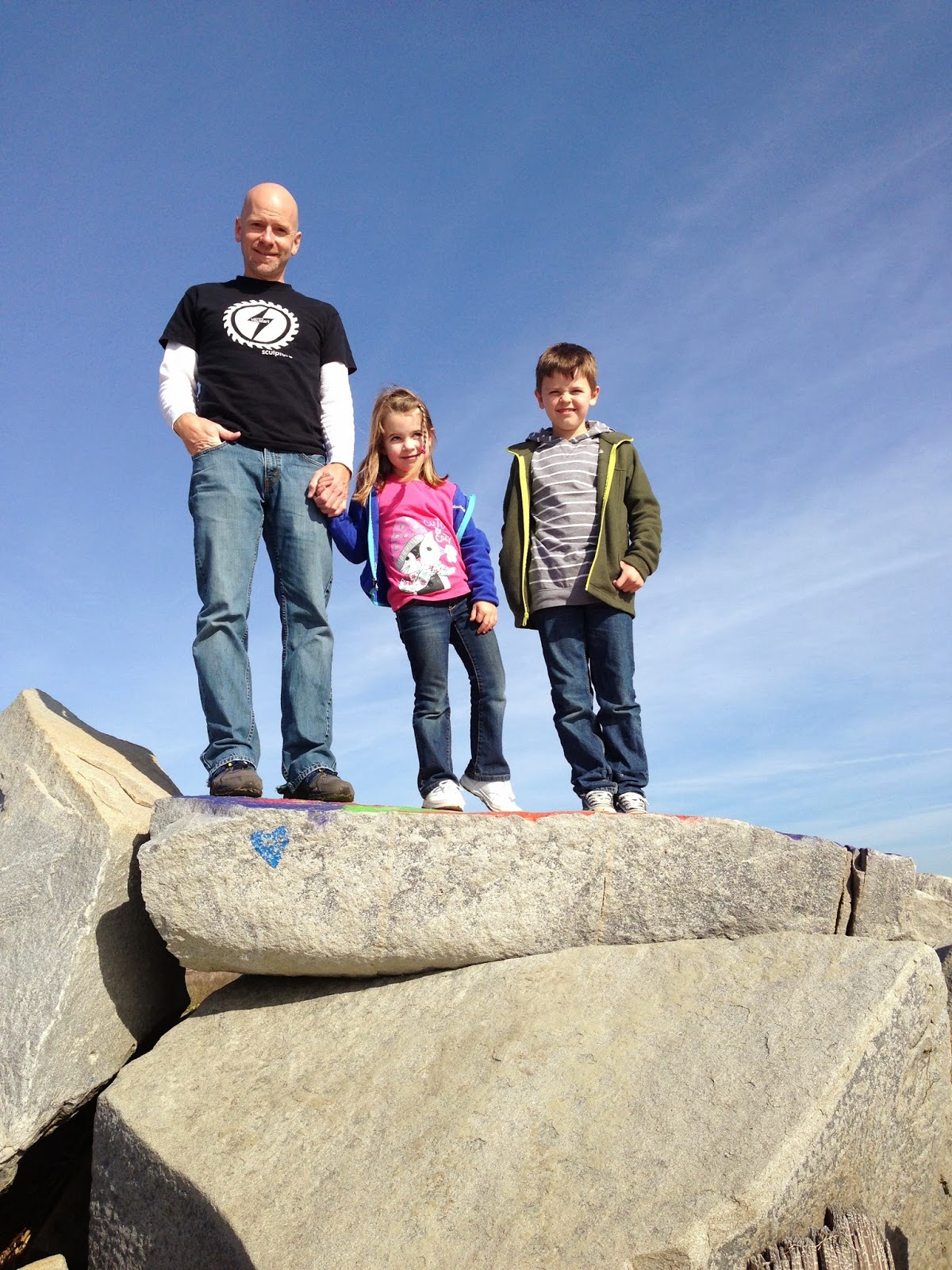 G took this cool photo on Sullivan's Island.  Pretend you saw it up there in the correct order. 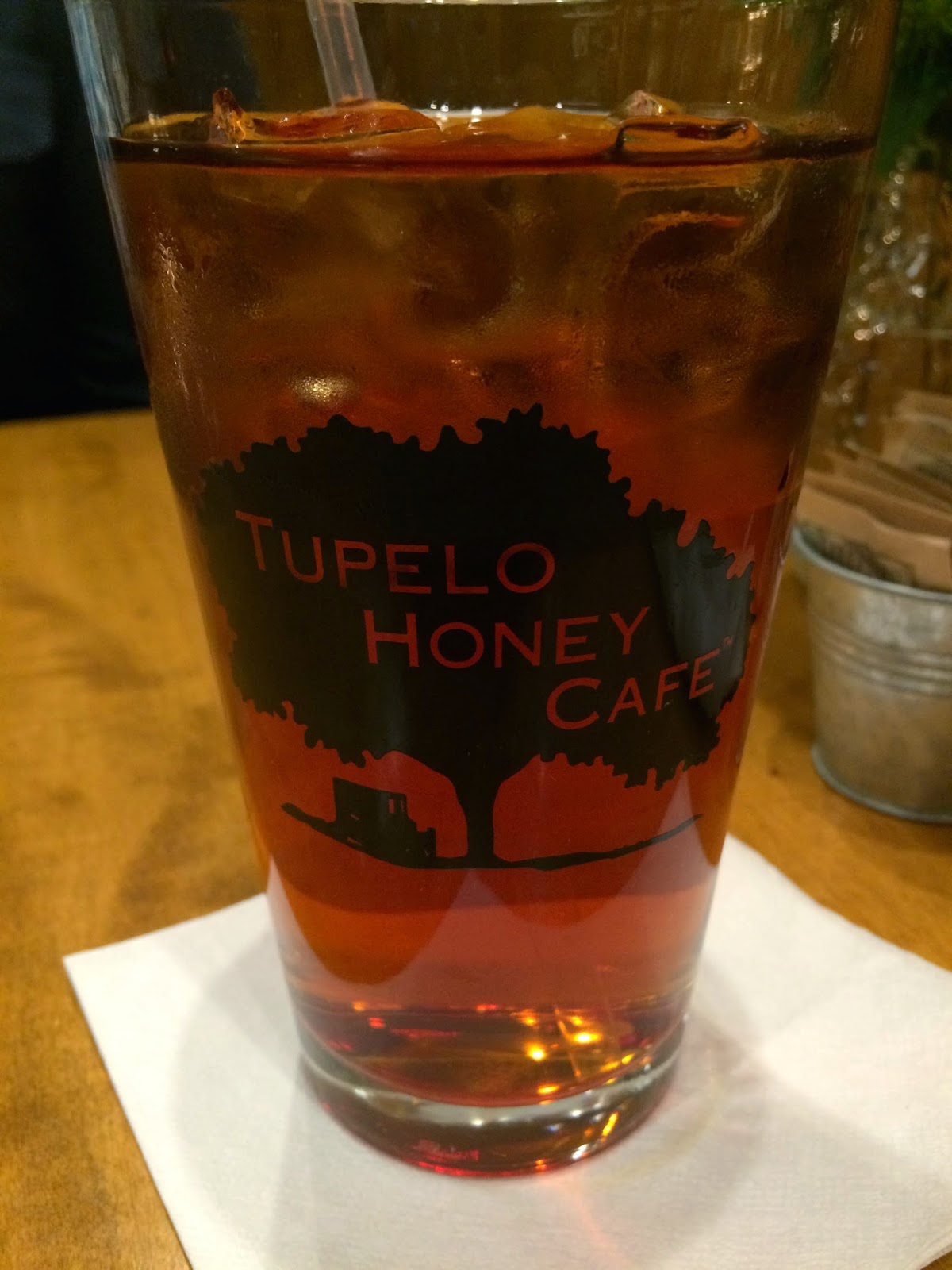 If you ask me, the Charleston trip was part of my week long birthday celebration.  The night before my birthday G took me to Tupelo Honey Cafe where we made idiots of ourselves but had really great food. 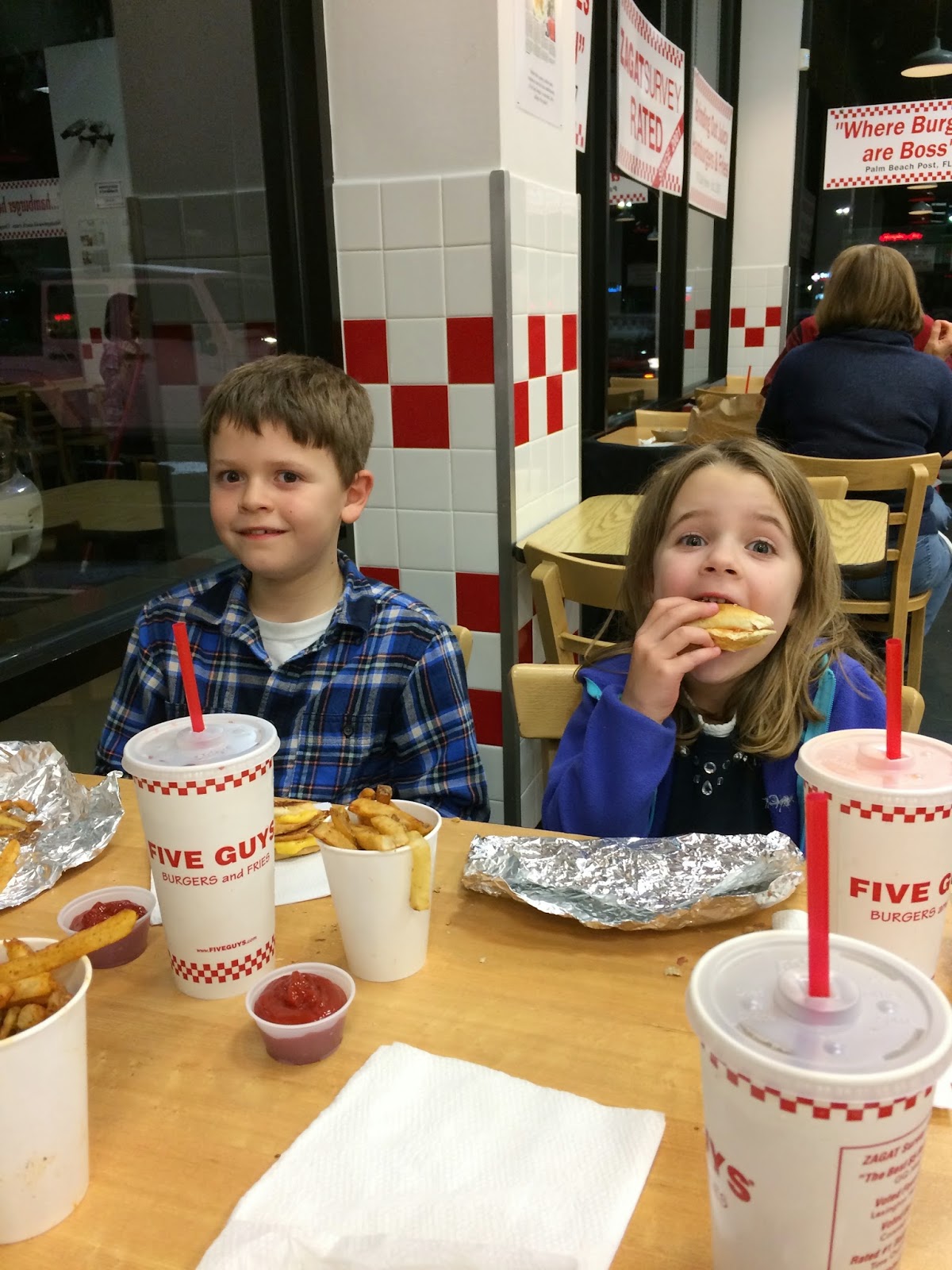 And then to include everyone, on my actual birthday we went to Five Guys so the kids could talk about how old I was. 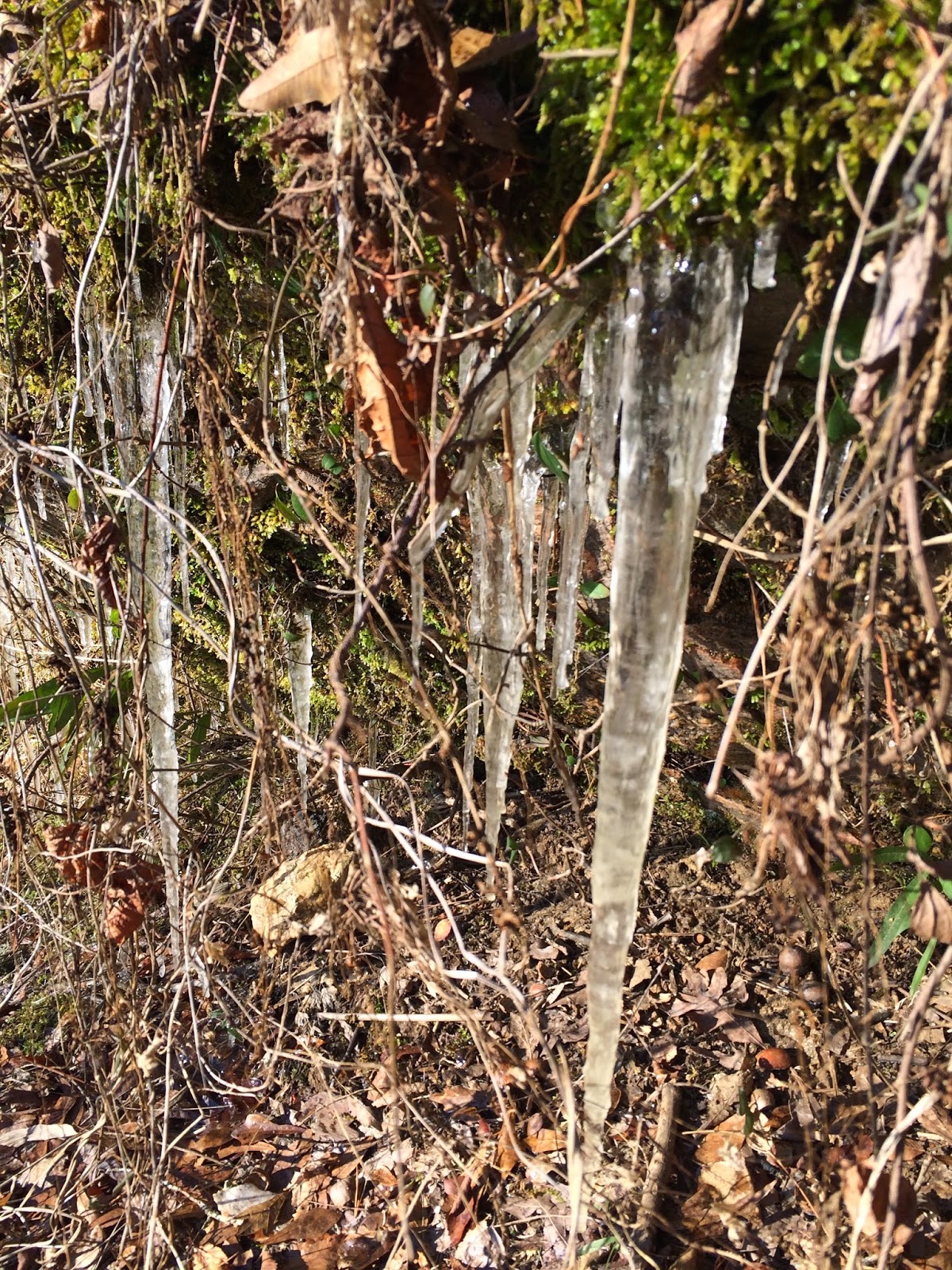 And then it got freakishly cold. 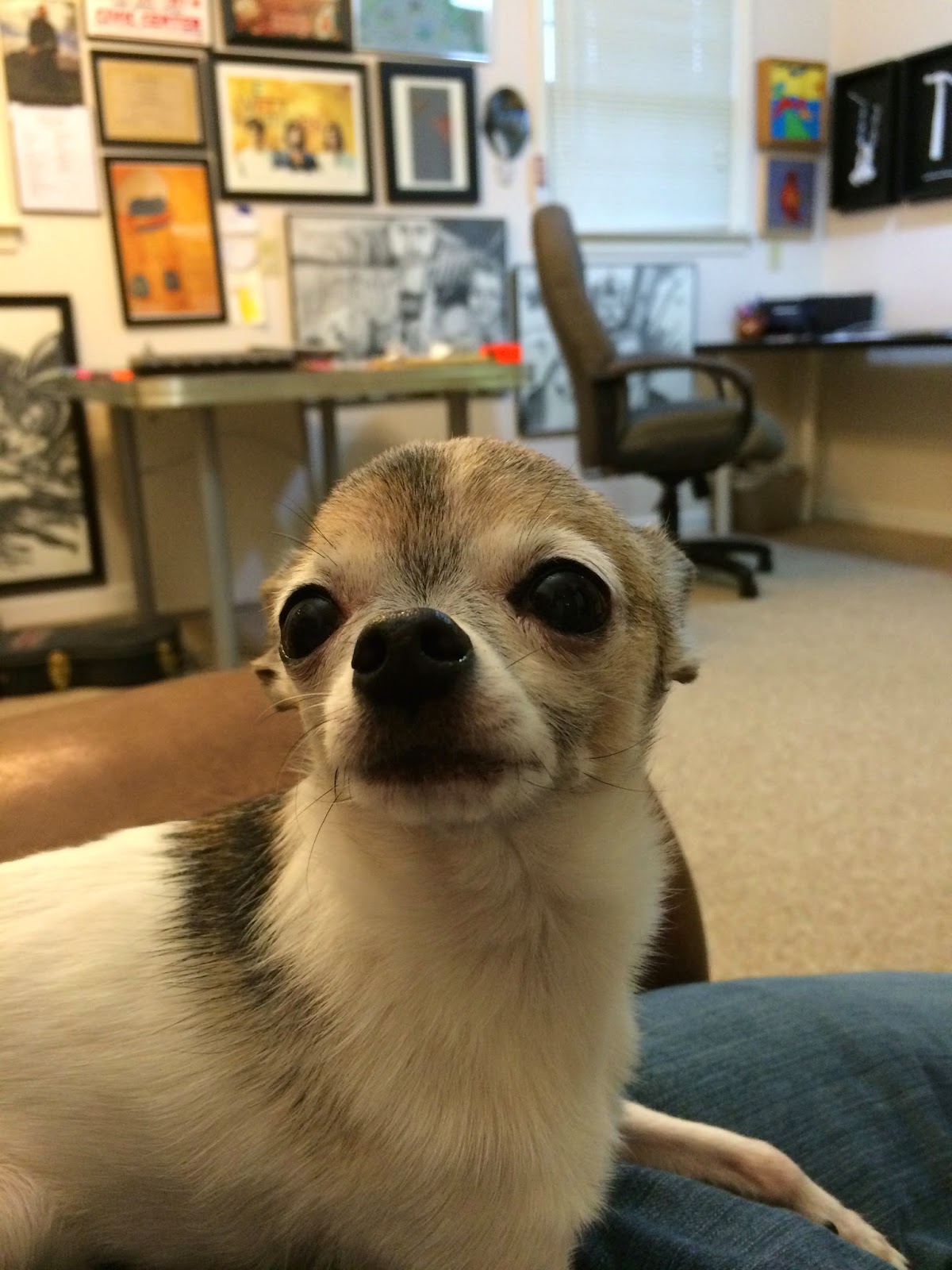 Now the dogs are sick of me being on their turf all day.  They sat me down yesterday and asked me to go back to work.  Semester starts Monday!
Posted by e-sketchbook at 7:26 PM No comments: