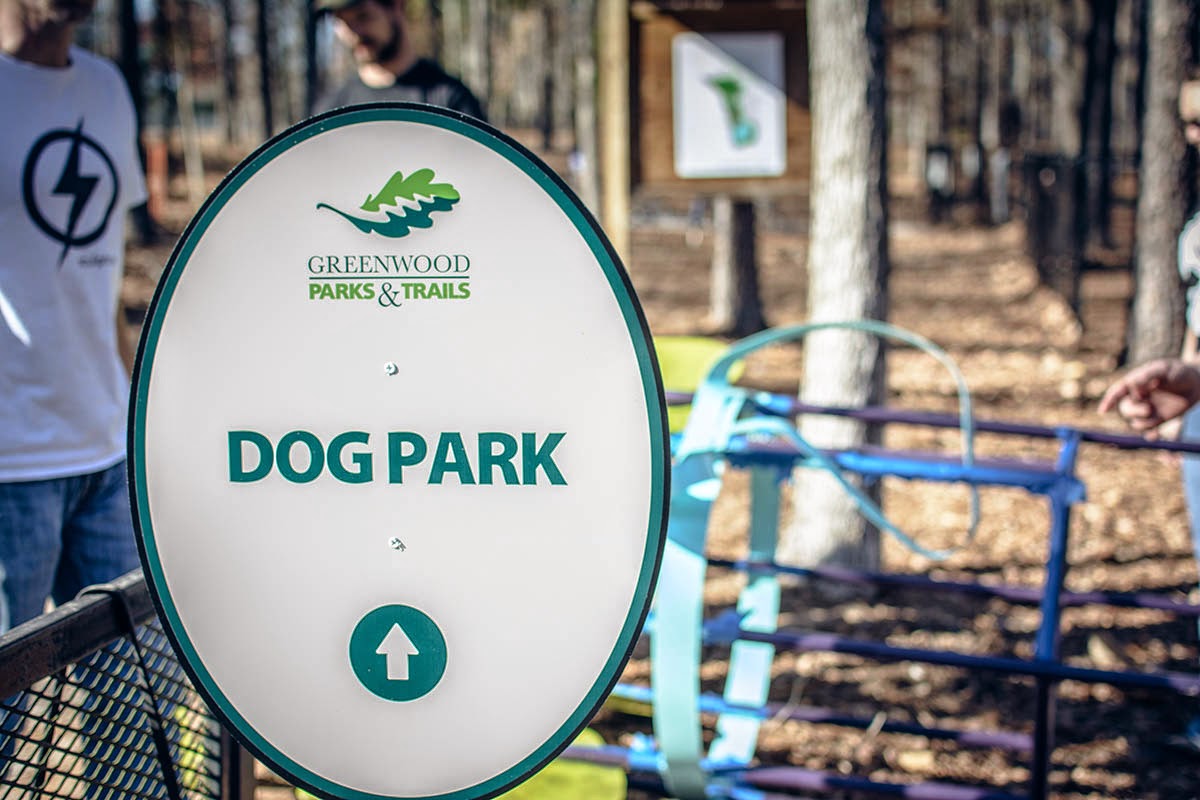 Last week my Advanced Sculpture students installed their functional public sculptures at the new Grace Street Dog Park in Greenwood.  The students were asked to design permanent functional sculptures to liven up the dog park.  They created digital public art proposals and formally presented each one to a committee from Greenwood Parks Foundation.  The designs were approved and the students spent several weeks creating the sculptures.  Last Tuesday we loaded them all up and hauled them a couple of streets over for installation.  *You'll notice that these photos are actually very good photos.  That's because I did not take them.  All photos were provided by Oscar Reyes, photographer extraordinaire. 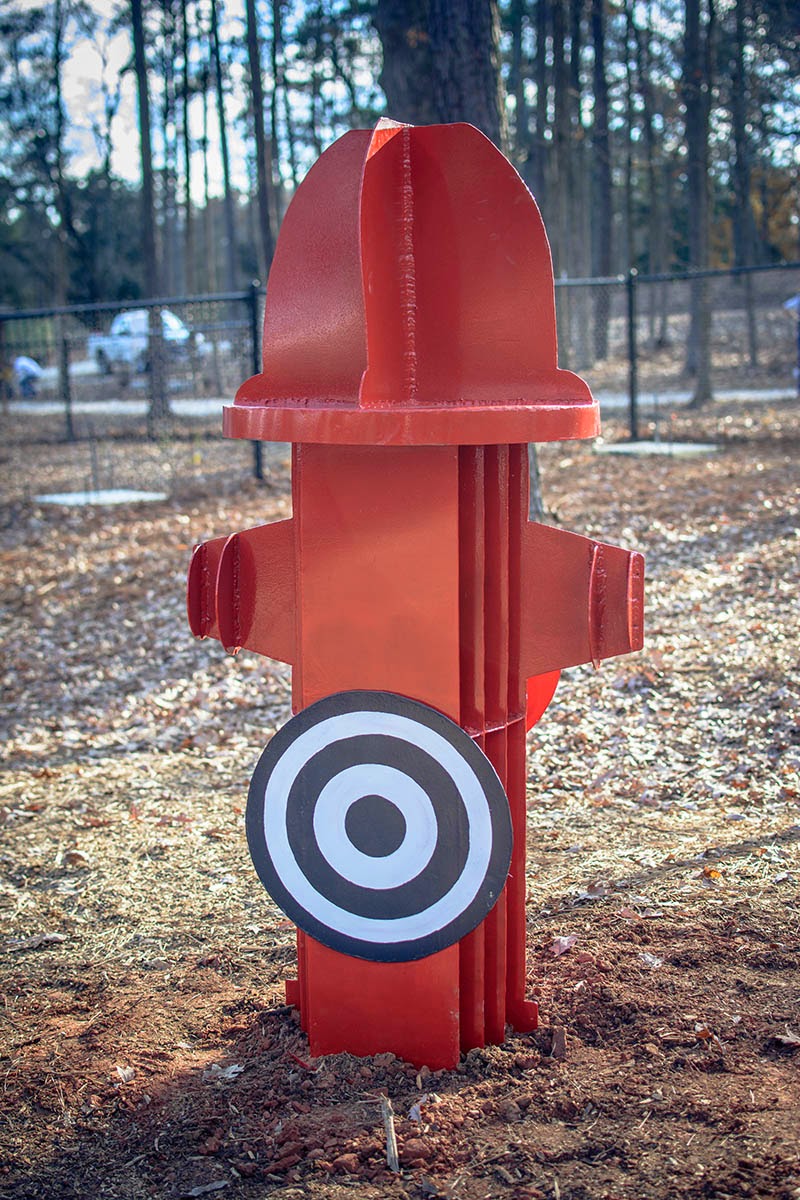 Tyler Frasier's giant fire hydrant became the centerpiece for the park.  We expect it to be just as popular with the dogs as it is with the humans. 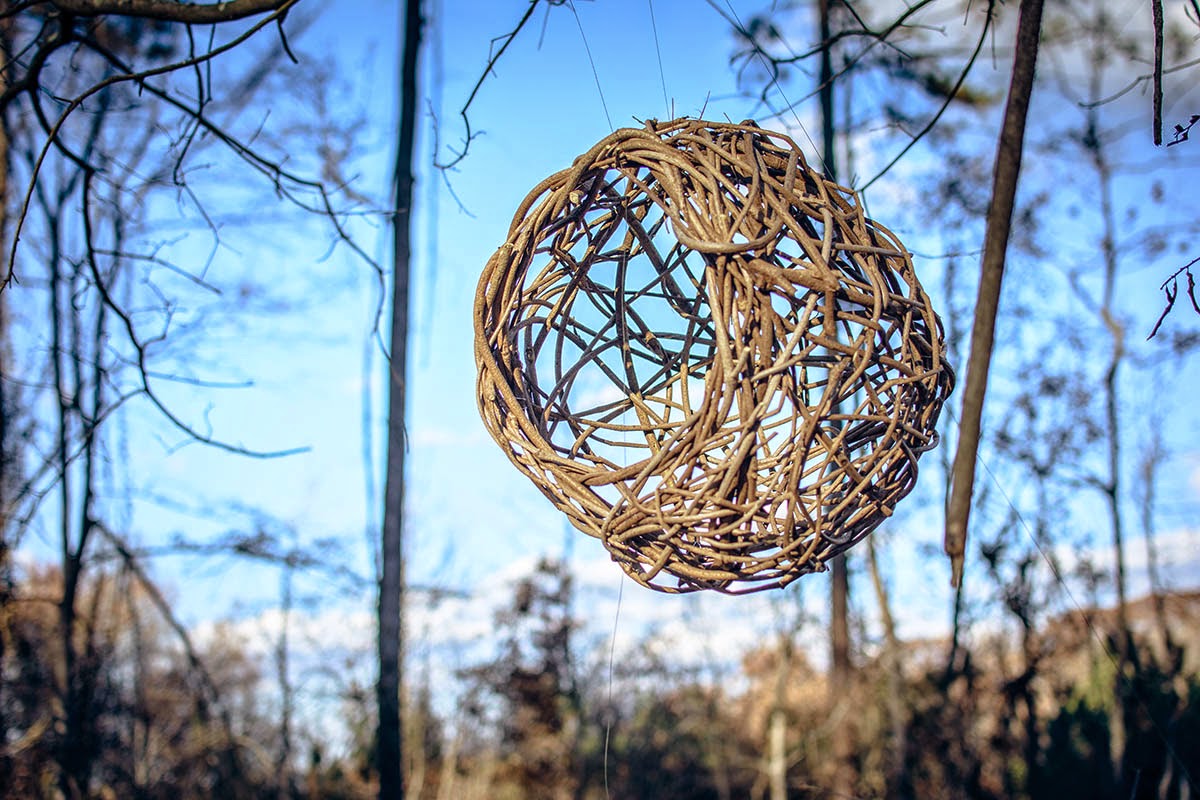 Ellen Walborn created several large nest baskets and placed them in the air on the nearby walking trail. 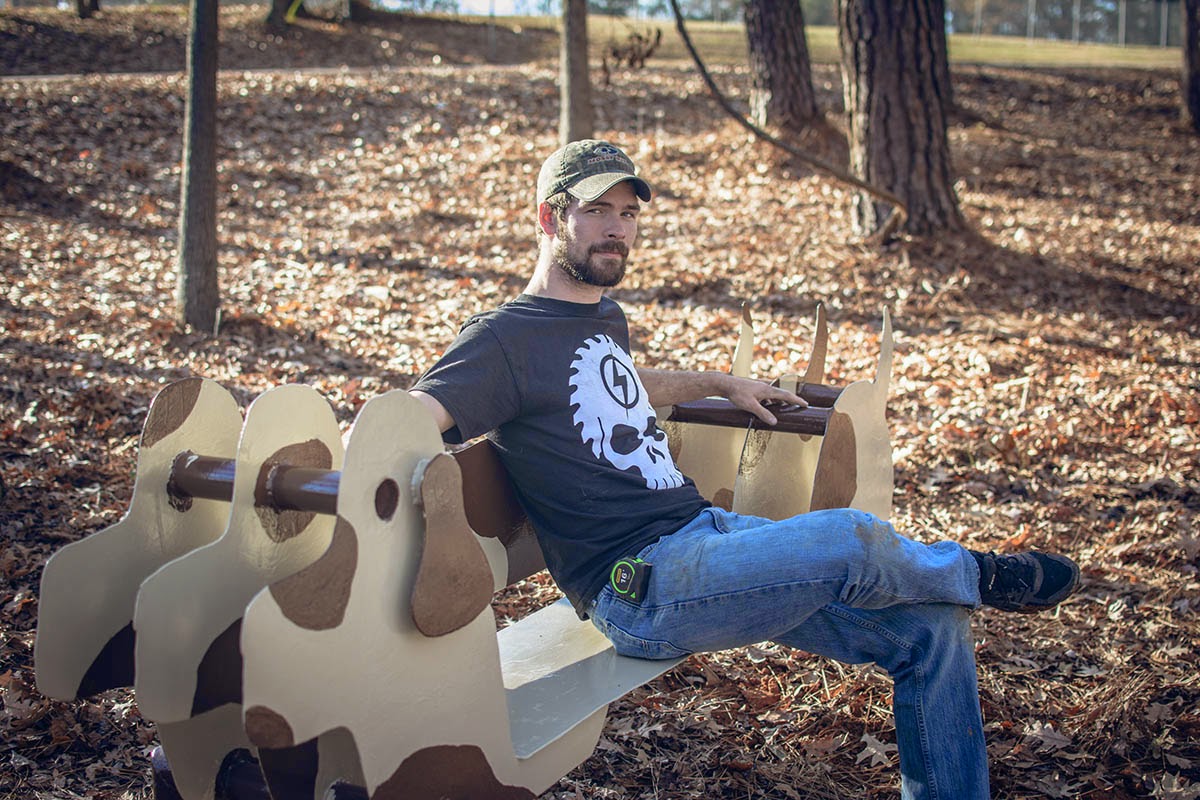 Daniel Sorrow created a painted steel bench that is also a giant weenie dog.  Visitors can sit on the bench and watch the dogs playing inside the fence. 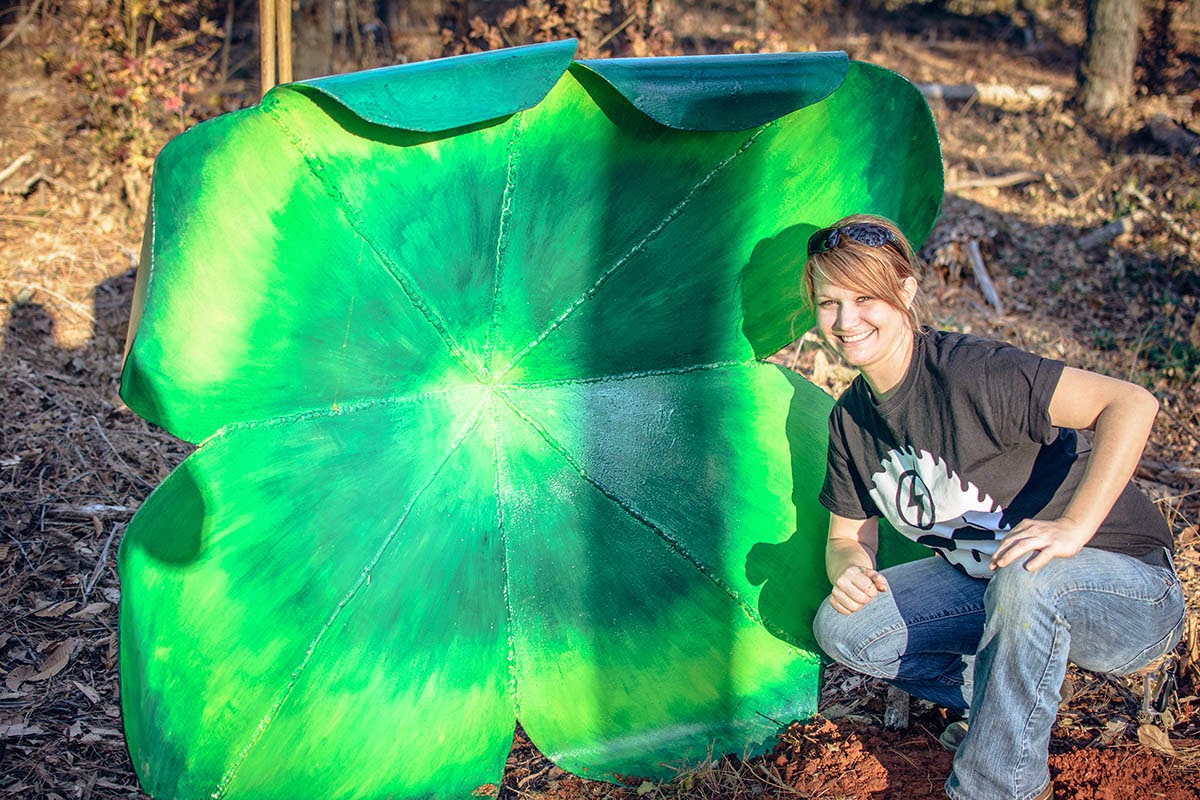 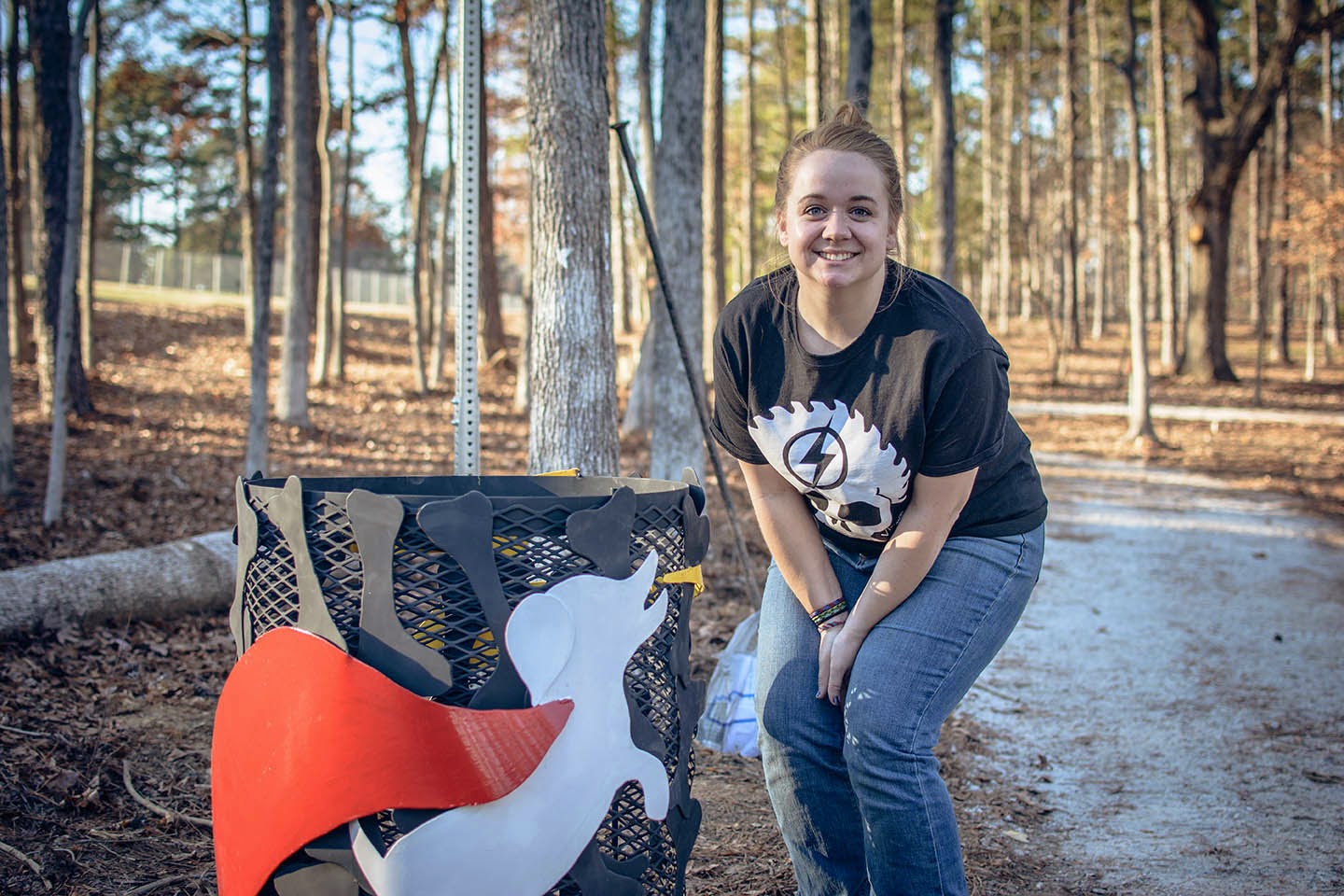 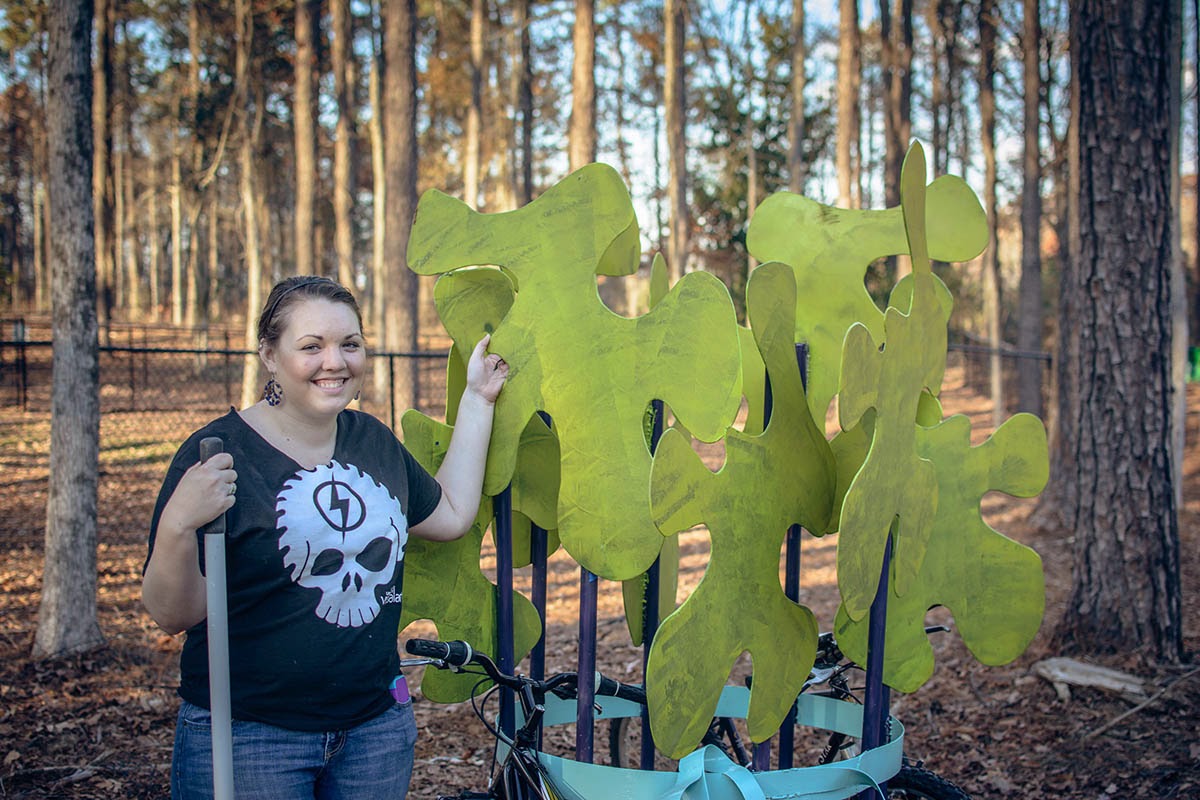 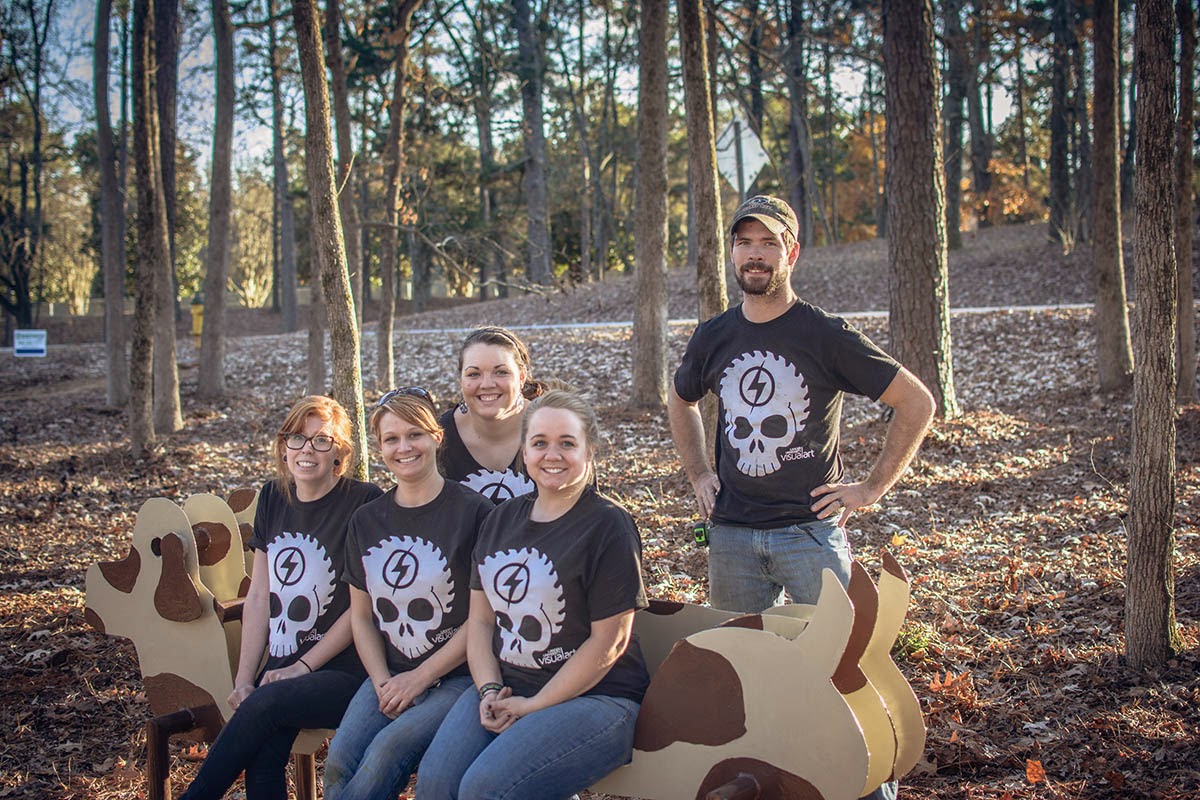 That's the group (minus Tyler) making sure the bench works. 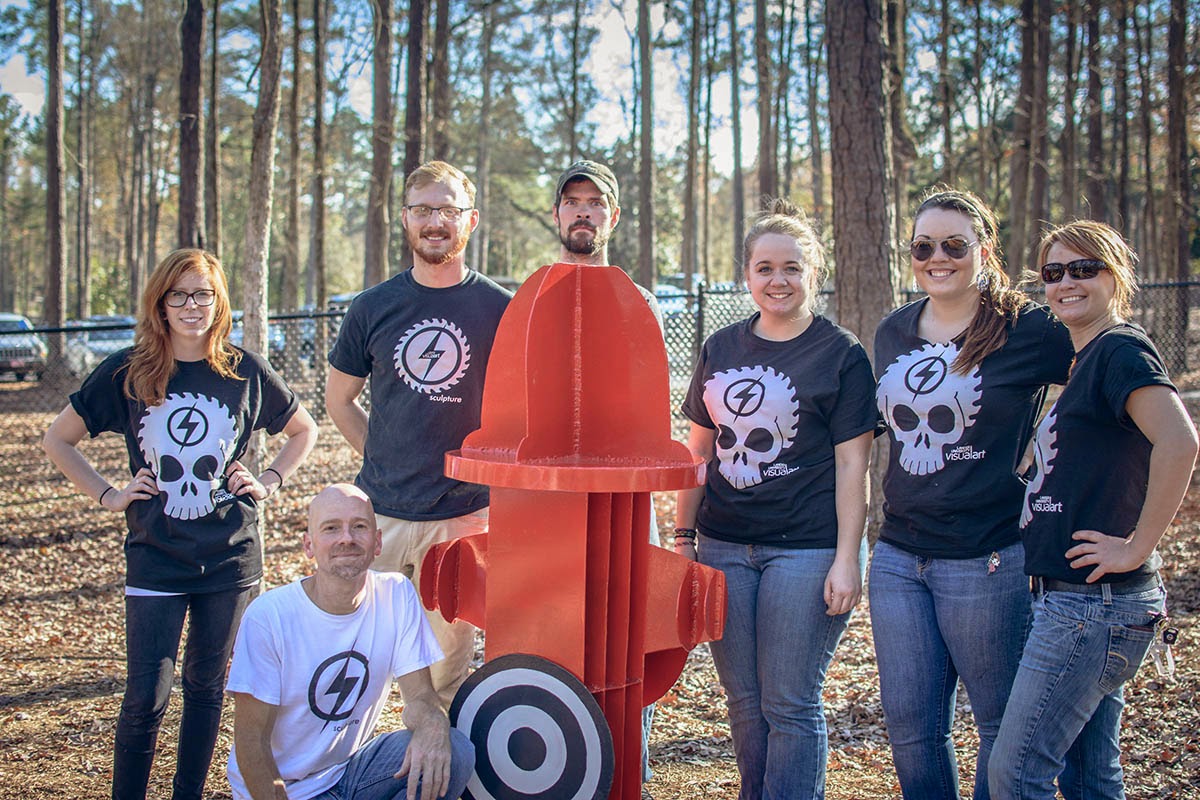 And that's the official photo of all of us in our sculpture shirts.  Thanks for the photos Oscar!