Last weekend the fall semester kicked into gear with the annual art department retreat on Lake Greenwood.  jon is kind enough to let us crash his family's lake house to have our first big department meeting and planning session.  We also get to goof around and eat a lot and we get to do some floating.

You may be wondering what it's like to work with the best colleagues in the world.  Well, it's like this: 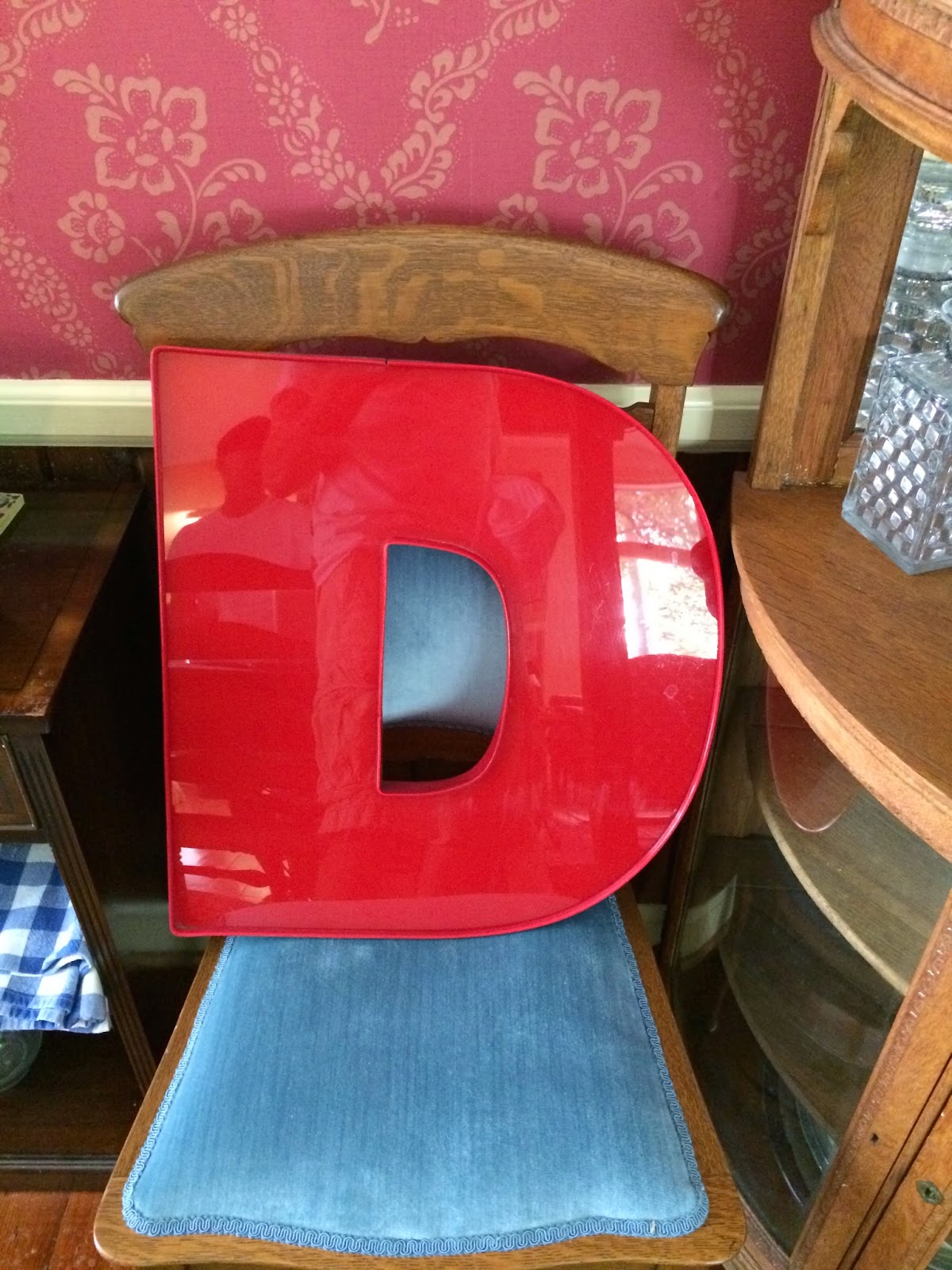 We all arrived to find various gifts waiting on us.  jon had very awesome portraits for us, Jim presented us with big letters for our names and Asma gave us all gifts from Sri Lanka.  My letter "D" is from an old Huddle House sign.  (Ali, I'm sure you'll appreciate that.) 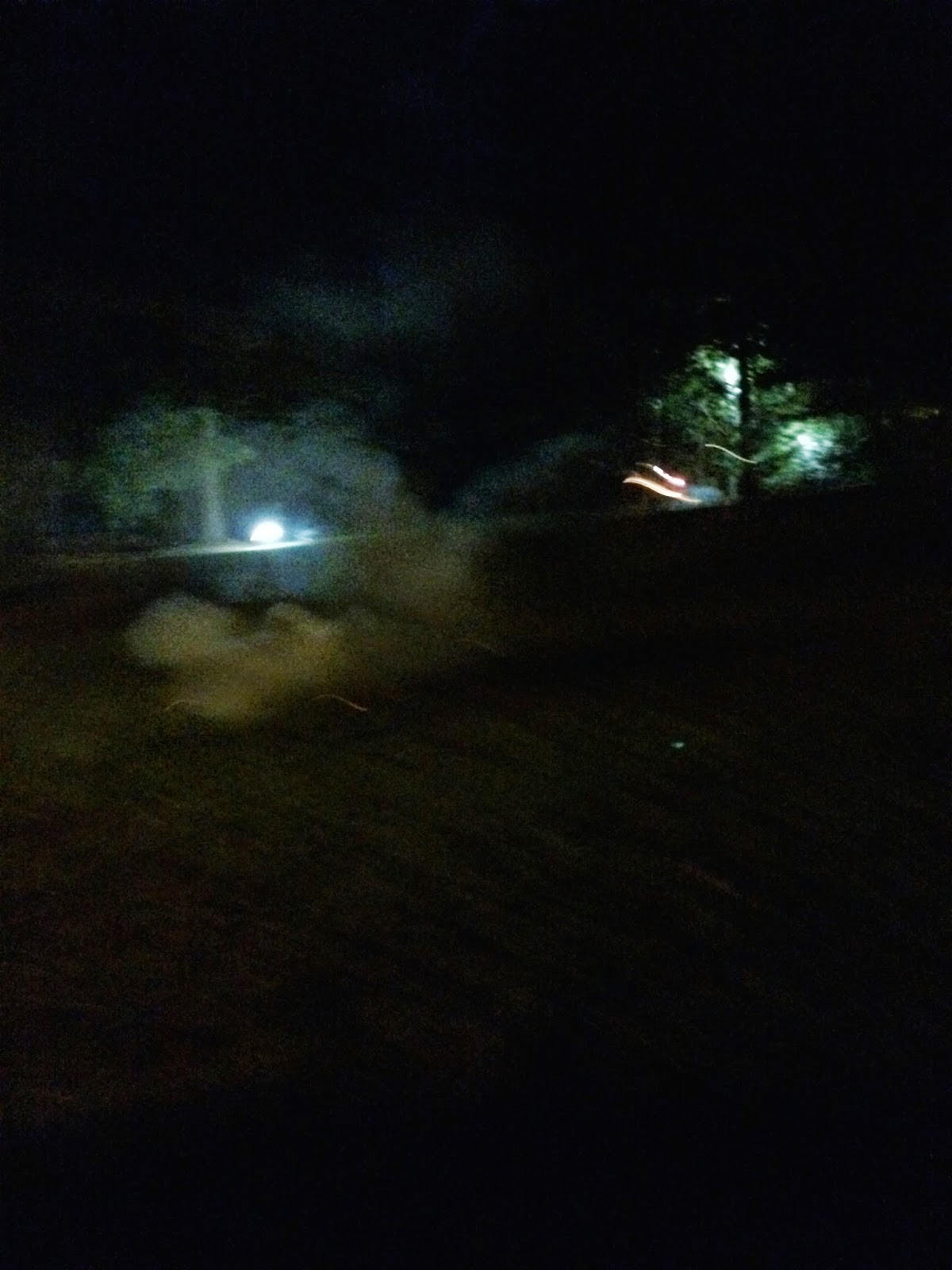 Our meeting lasted through the afternoon as we planned all sorts of cool things for the academic year.  As the sunlight dimmed and our bellies growled we warmed up a potluck dinner and ate out on the deck.  While we ate we were serenaded by the sound of the ice cream churn and the sweet smell of charcoal cooking cinnamon monkey bread.  Then came the fireworks.  Jim brought several big fireworks packs and we killed all the lights and set up the first one in the yard while everyone watched from the deck.  The first blast knocked the base over and each successive blast fired randomly...first into the lake, then onto the densely populated deck, then at Jim and then at me.  Everyone ducked for cover laughing hysterically. That excitement was followed by a very dark boat ride on the lake to watch shooting stars and tell ghost stories.  The next morning we had a great breakfast of bacon, eggs, homemade muffins and grits before getting ready to head out for the river ride. 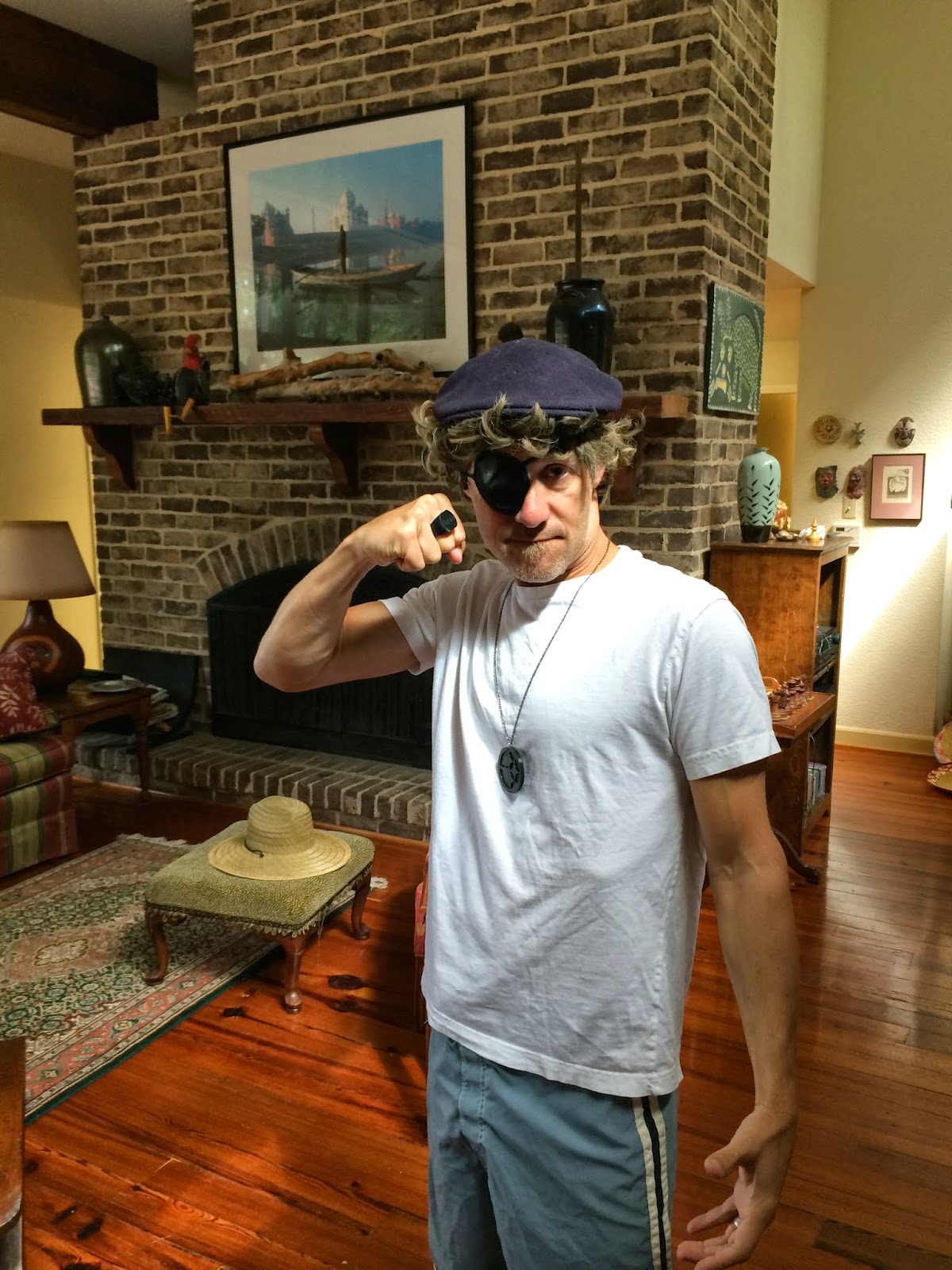 It was also Jim's birthday.  Here he is with his Steelers medallion and his "BACON" ring. 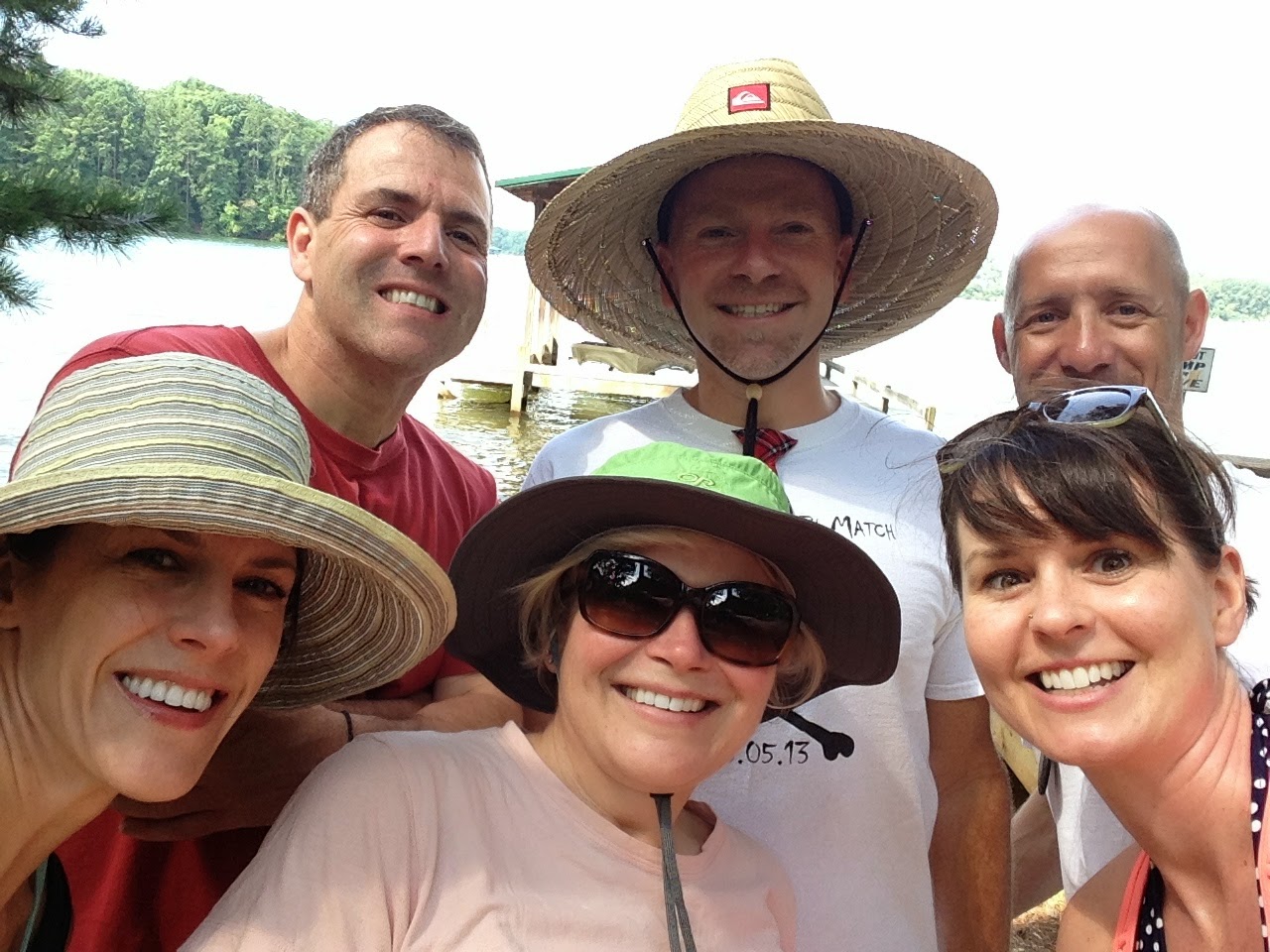 And this is the group just before launching the canoe and kayaks into the lake.   That's jon, me, Jim in the back and our newbie Chrystine, Sandy and Elizabeth. 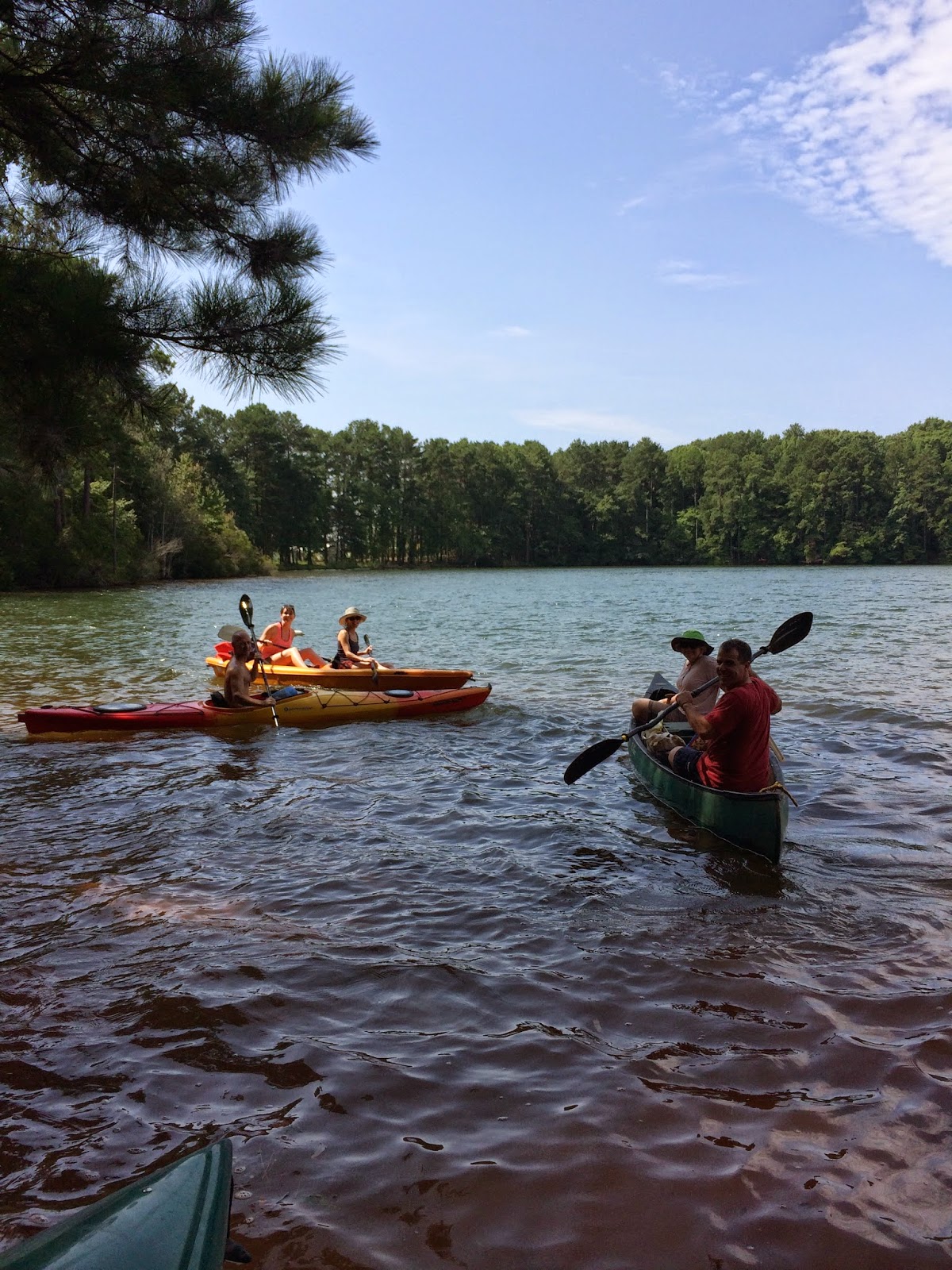 We headed out across the lake to the dam and portaged around to the river. 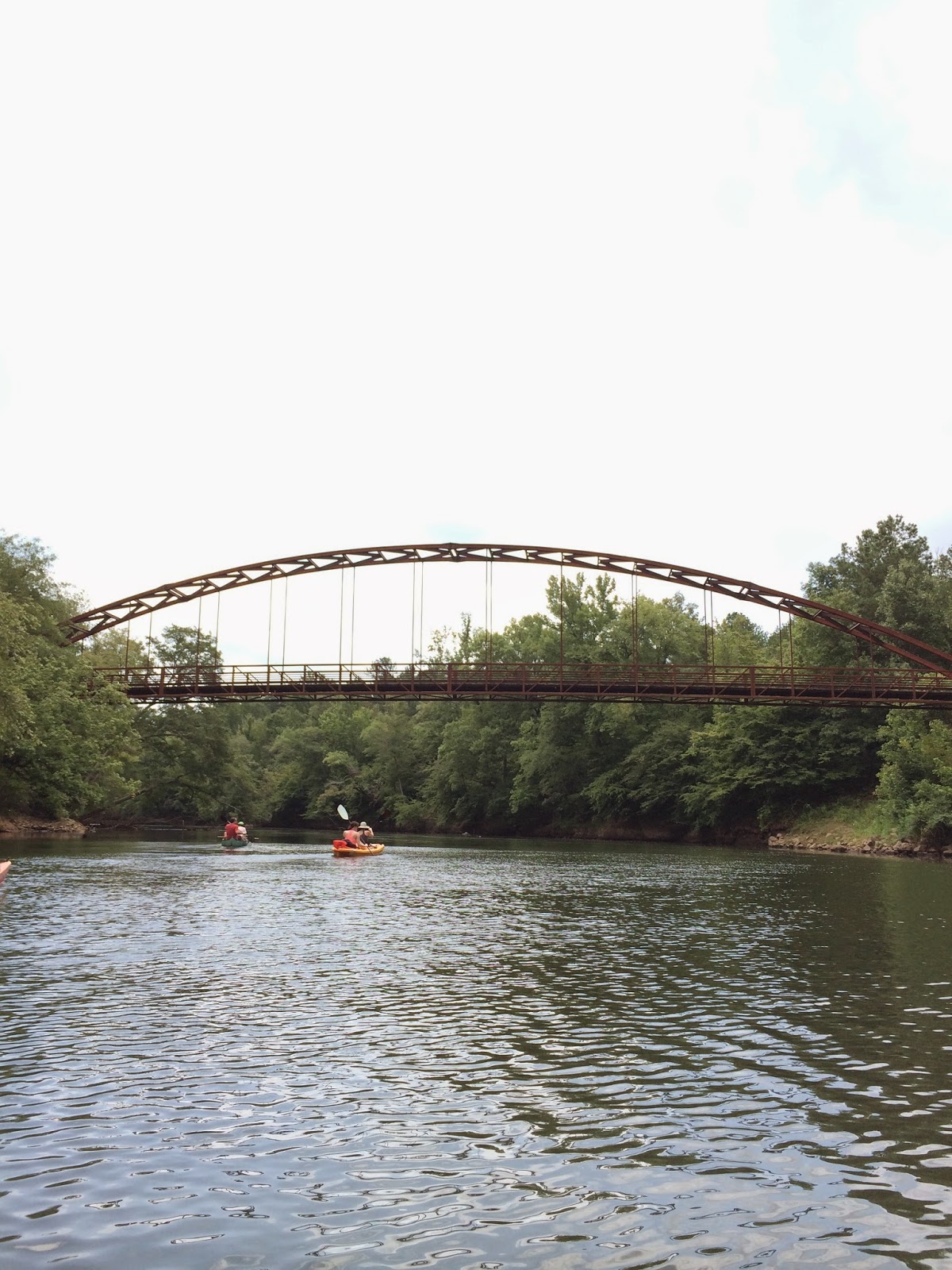 The river was calming and beautiful.  We saw fish, turtles, and otter and a snake.  We talked and goofed around and ate peanut butter and jelly sandwiches.  We were also escorted down the river by two enormous bald eagles.  As we paddled down they would leave their trees and fly down around the next bend and land again.  There they would wait until we got close and they'd do it again.  Eventually one of them let us get right under him before he took flight as if he was in a slow motion patriotic film reel.  Such a great moment. 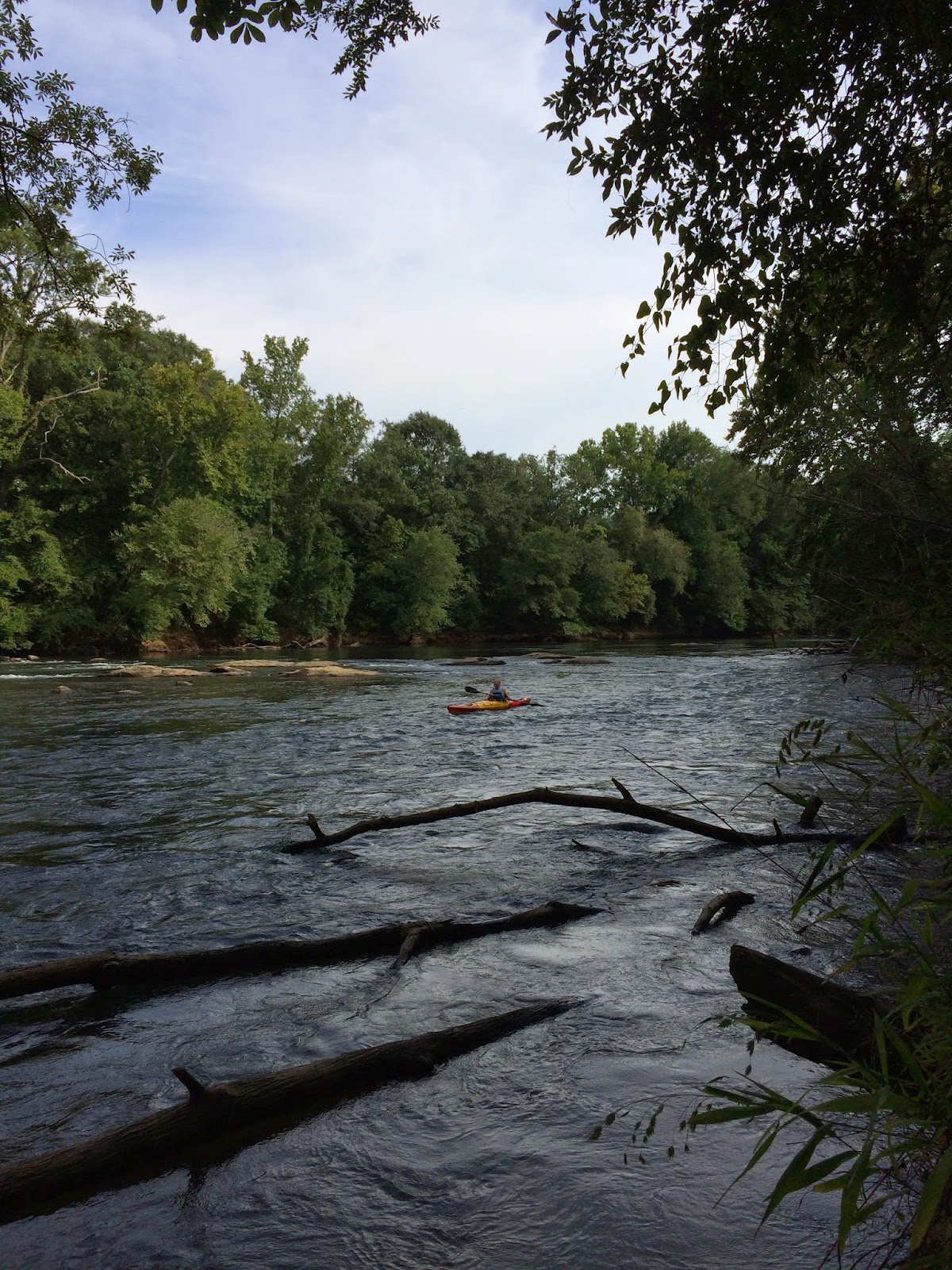 After about 4 hours we landed at jon's family farm and had a little photo shoot to commemorate the occasion. 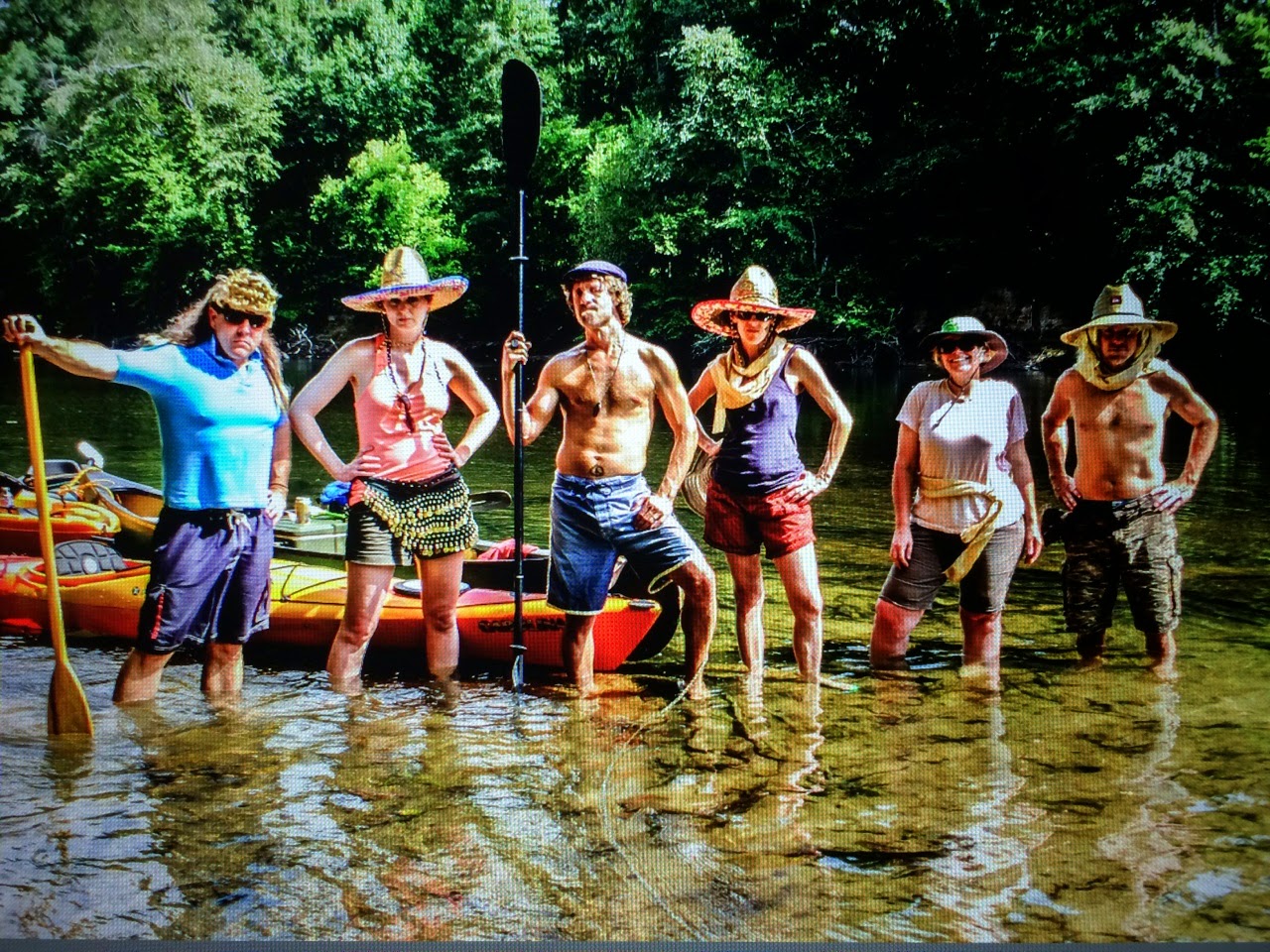 jon thinks of everything and he brought his costume collection for us to use. 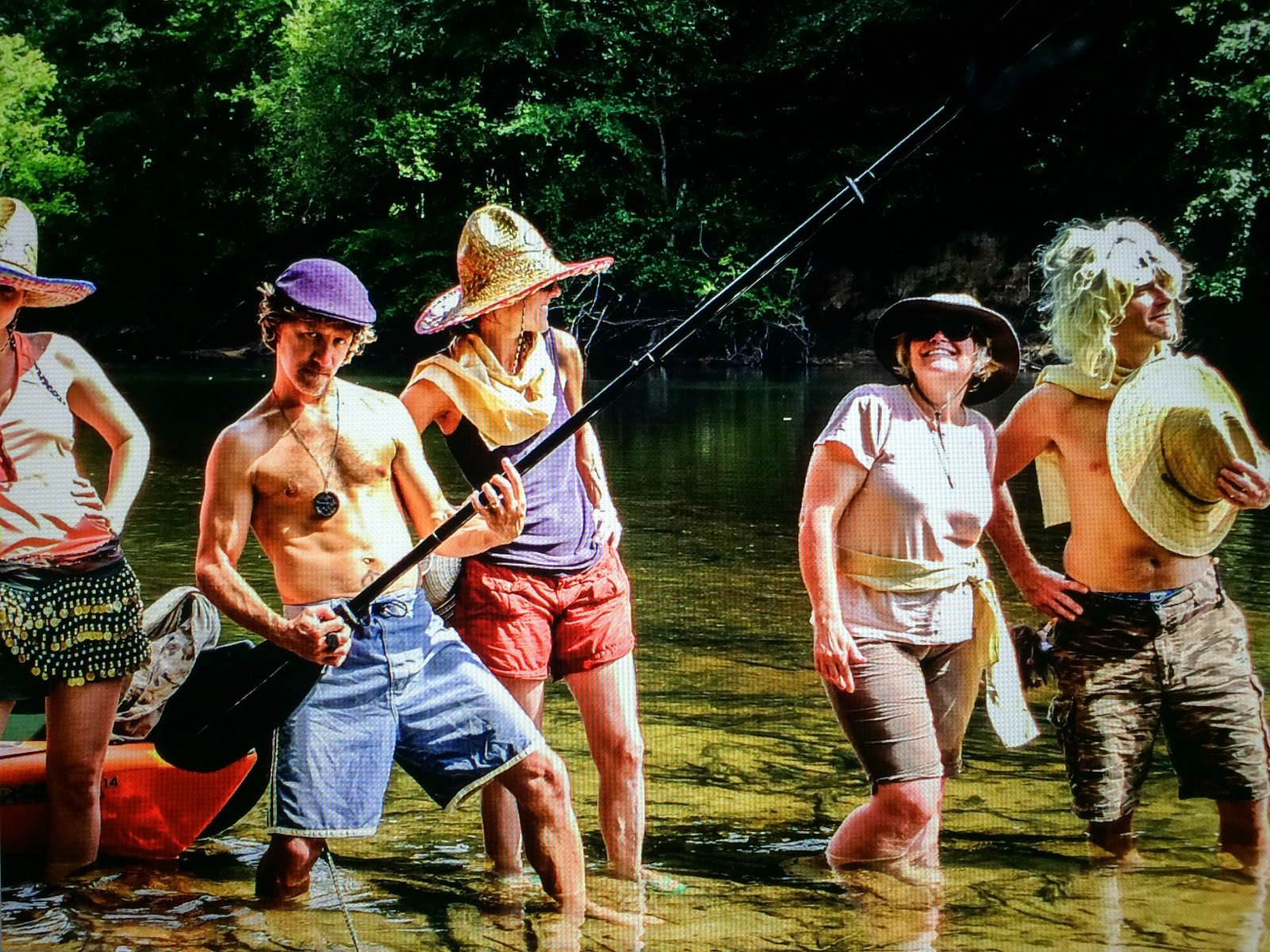 I'm not sure how ESnipes got cut out of this one but she was equally awesome in her sombrero and gypsy beads. 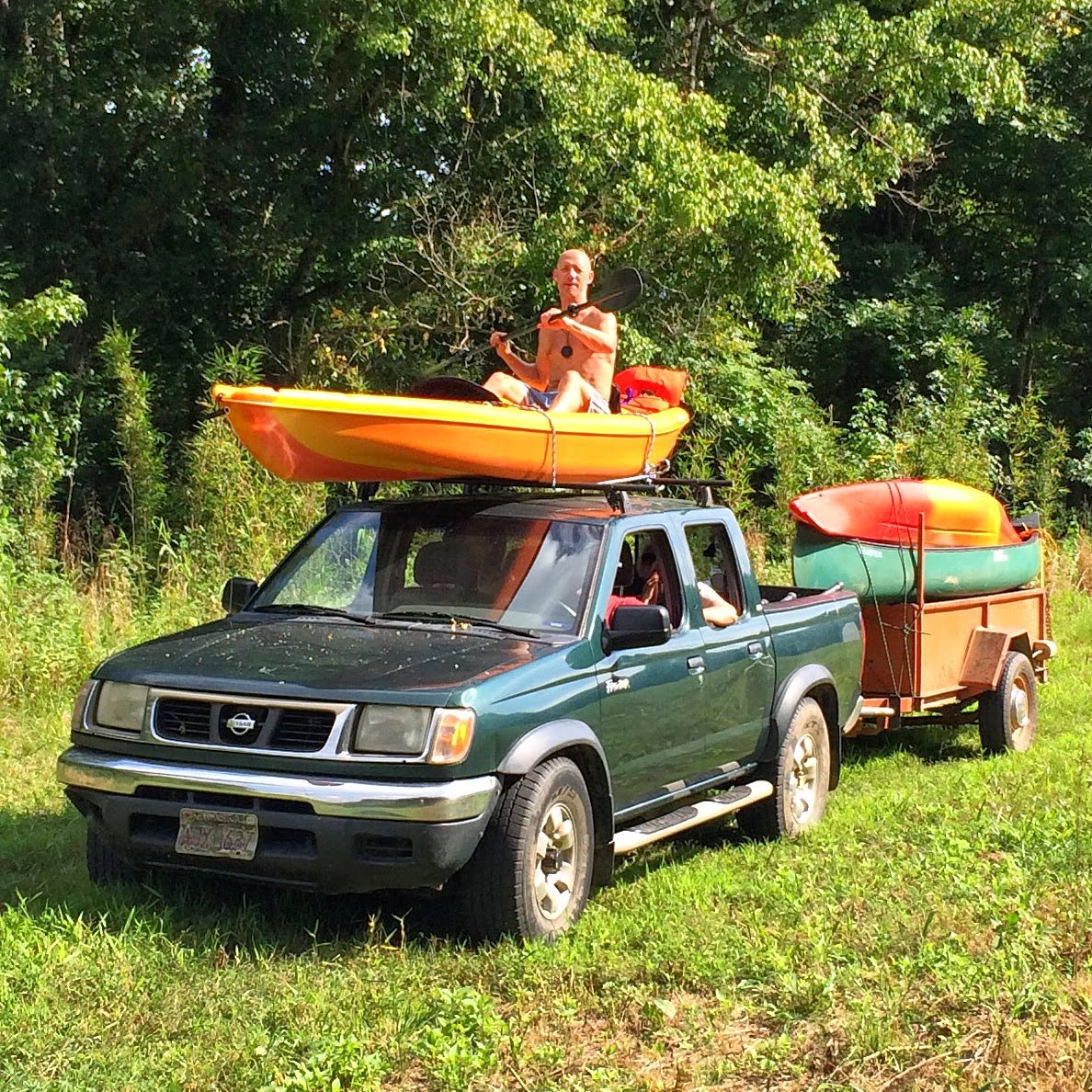 On the way out Jim did a little extreme kayaking on the roof. 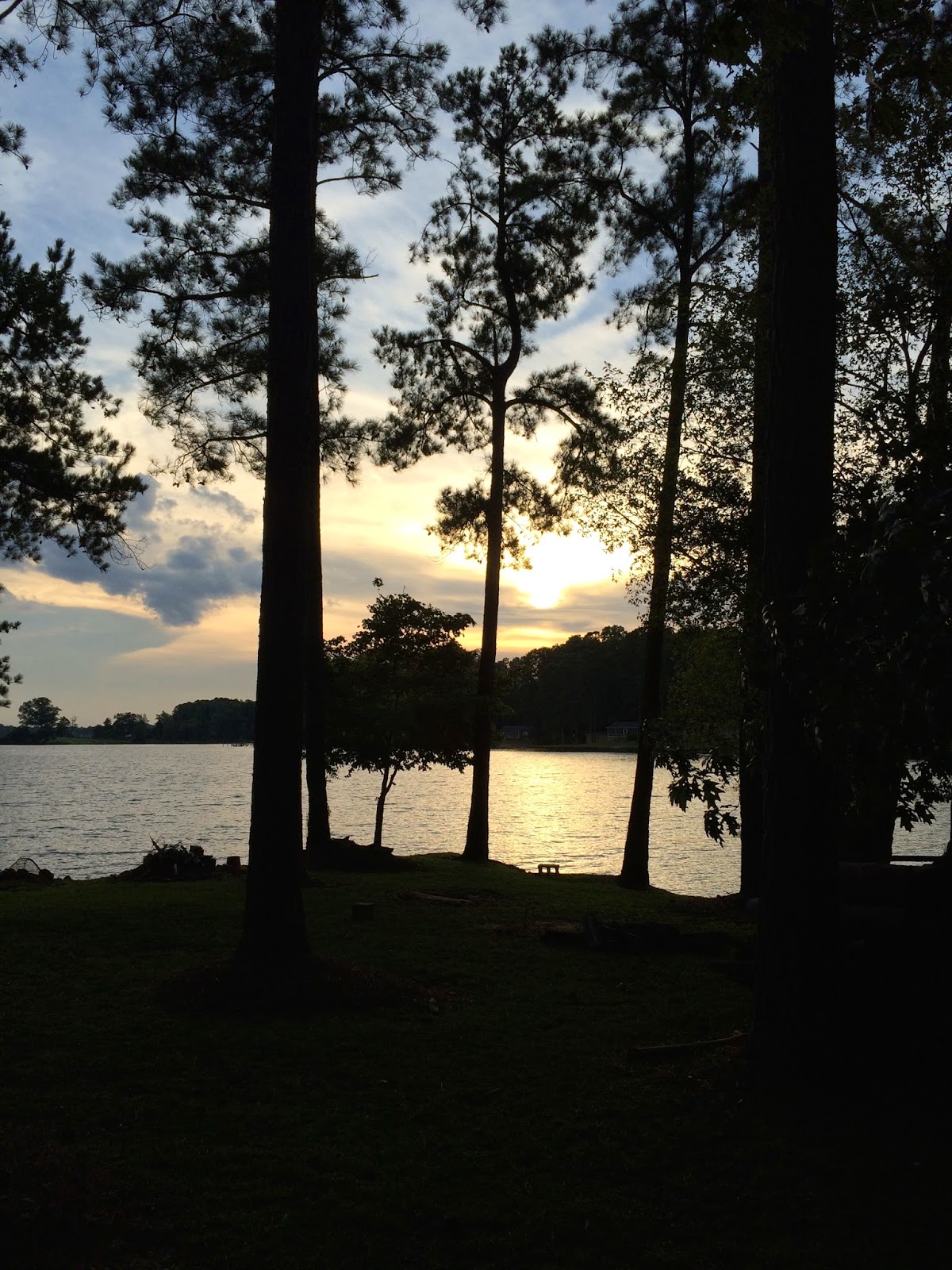 We ended the night with yet another well cooked meal on the deck.  The menu included grilled Fillet Mignon, scalloped potatoes, quiche and Reese's peanut butter delight. 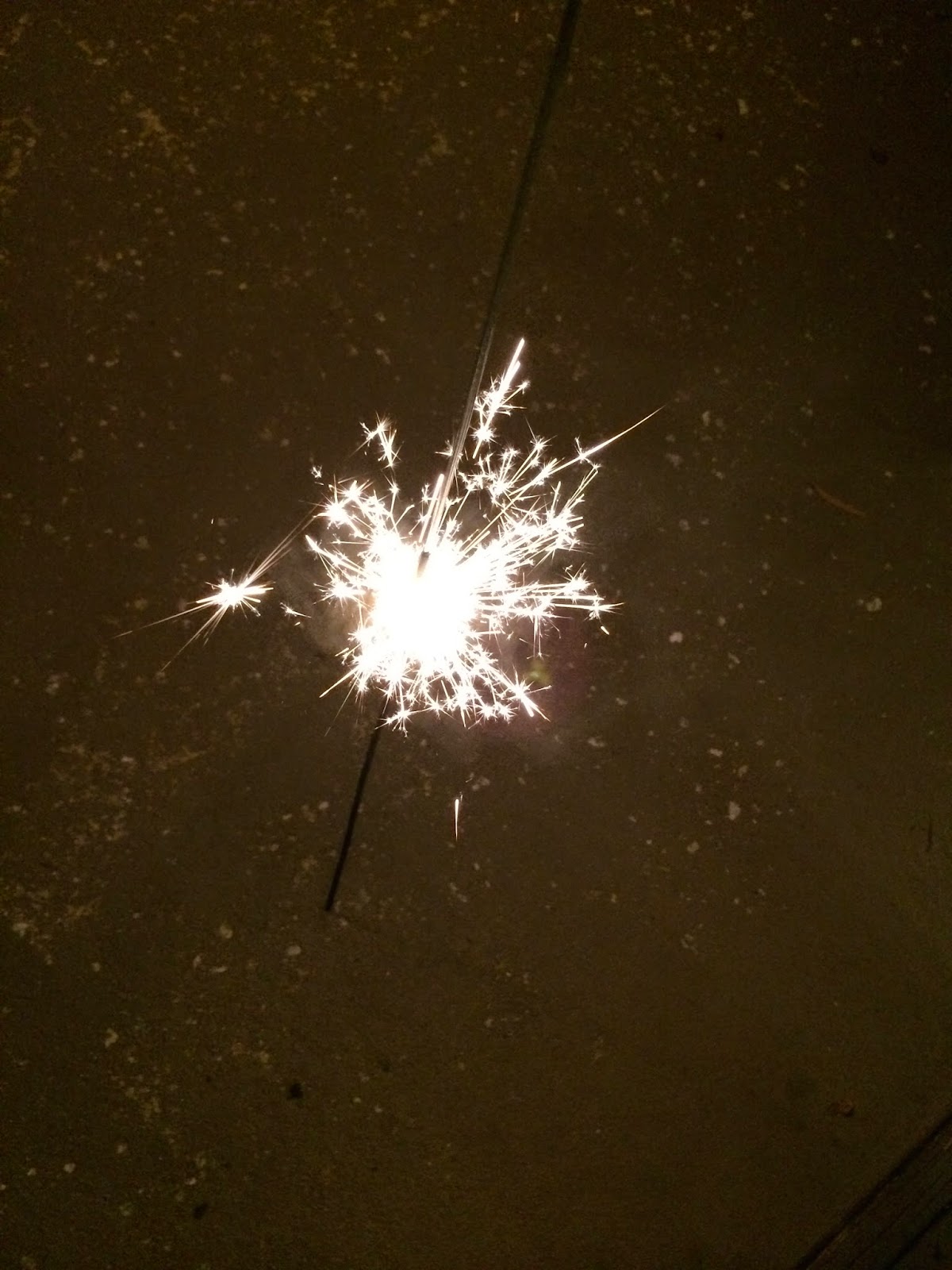 Before Jim left for home we all lit giant sparklers and serenaded him with a stirring rendition of "Happy Birthday".  Just be thankful you didn't have to hear that.