The Summer of Living Leisurely

At the beginning of summer I had a stack of books I needed to read. I eventually worked my way through all of them but I began with what turned out to be the most entertaining and educational of them all. 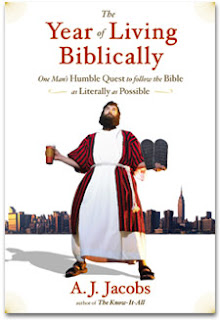 A.J. Jacobs is a writer and editor for Esquire Magazine and tends to write about his own adventures and experiences. In a previous book called The Know-It-All he wrote about a year of his life he devoted to reading the Encyclopaedia Britannica from A-Z. His most recent book (and the one I read) is The Year of Living Biblically and it details how his life changed as he sought to follow all the rules of the Bible literally for one year. He’s also a pretty funny guy.

Jacobs considers himself an agnostic though his family comes from a Jewish background and of course that means he went into this project with some preconceived notions about the book the was attempting to follow. One of his reasons for undertaking this project was that he was interested in the phenomenon of religious fundamentalism. He was skeptical of religious zealots and wondered how anyone could engage in a belief system that seemed to leave logic so far behind.

One of the interesting things that happened along the way is that Jacobs became a very disciplined follower of the Bible. In fact, though he never considered himself a “believer” during this process his “biblical life” for that year put to shame the lives of most individuals who say they follow the scriptures. One example of that is in the book when he out-talks and out-lasts a visiting Jehovah’s Witness.

Personally I believe that Jacobs let his cynicism get the best of him in the end. The book is well written and will make you laugh out loud again and again and as far as it details his year long struggle to follow the Bible literally, it accomplishes that goal completely. But in his mostly scientific approach I could almost see him retreat a couple of times in the book. Retreating from what? Maybe you should read it and see what you think.

In the end Jacobs is relieved to be free from all the rules and as what he now calls “a reverent agnostic” he gives short book tour talks about some things he learned from the year long experiment. One of those things is that your behavior influences your thoughts. Stemming from Biblical ideas of giving thanks, Jacobs found that as he was required to be thankful for every tiny thing that went well each day he became more positive and pleasant. Who knew the Bible dealt with cognitive psychology? Another thing he says he learned from the year of rules is the importance of a Sabbath. The Bible forced him to observe the Sabbath day for a year and as a workaholic father and husband he found this quite distressing at first. It was difficult for him to stay away from his computer when he knew he had so many things to do. At first it seemed he was losing a work day each week but soon he began to see the peace and calm this day of forcible rest brought to his life. It caused him to slow down, to enjoy more of the things around him, and I would argue that it also helped him in his creativity and idea development.

I finished the book in May and inspired by this idea of forced rest I decided to slow down and enjoy my summer. Normally this can be one of my busiest times since I can be in the shop more and can usually turn out several new sculptures and drawings. This summer I completed two small drawings and two larger painting/drawings. I did an indoor show, a public art exhibition, and worked on a new sculpture, but still haven’t finished it. I played with legos and rode tricycles. I went to the beach a few times. I ate a lot of ice cream…apparently about five pounds of ice cream and I read that stack of books.

Now that the Summer Sabbath is over, I’m going back to finish up that sculpture I’m still sort of excited about.

I leave you with photos of the last hurrah of summer…from the outermost bands of tropical storm Fay. 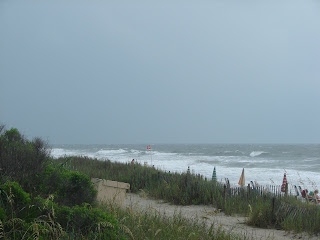 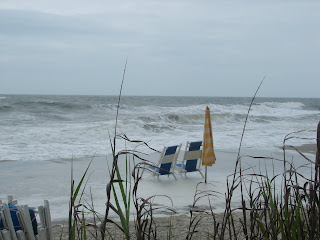 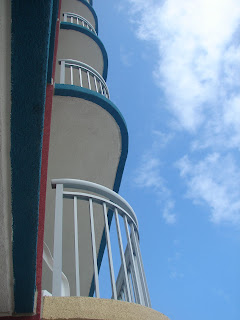 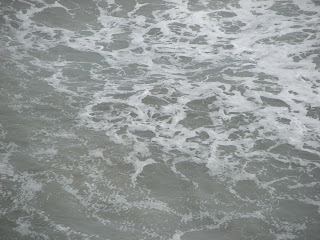 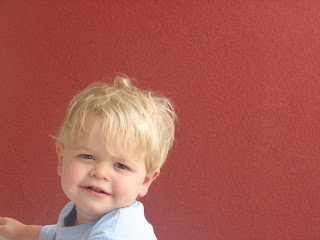